Standing tall now, but will it stand the test of time? 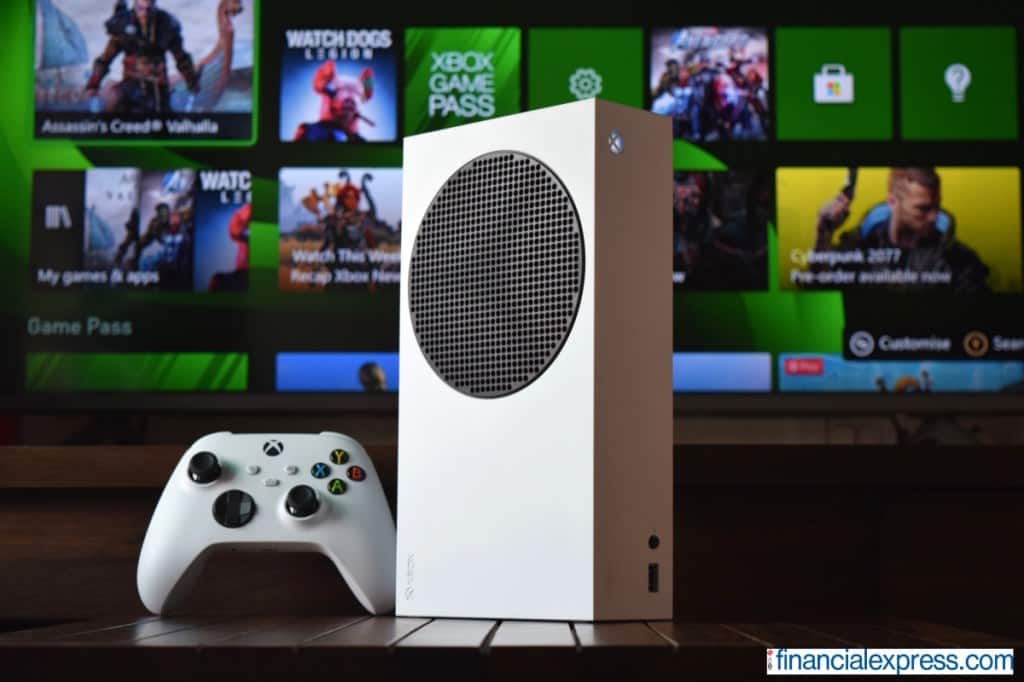 The Xbox Series S is easily one of the most exciting game consoles ever created. It is not so much about the underlying hardware—which is exciting no doubt—but the positioning that makes it special. It is one of two next-gen consoles that Microsoft is launching this year, the other being the Xbox Series X. The Xbox Series S is being billed as the value console designed to offer the latest—but not necessarily the greatest—technology, at a more accessible price.

One could argue, the Series S isn’t meant for hardcore gamers. Like for instance, it can’t do native 4K gaming, which somehow makes it, less significant maybe, but that is not how I see it. Hardcore gamers would already know that. Of course, they’d pick the Series X (or PS5, depending on their preference). But what the Xbox Series S does—at least in theory—is that it unlocks a whole new level for those looking to play the games of today and tomorrow on a console that does not cost as much—as the Series X/PS5—without having to compromise on the next-gen essentials. Something like this has never happened before.

In a world where the Series X and PS5 exist, it can be difficult for another like-minded console to make its presence felt and yet somehow, the Series S manages to leave a long-lasting impression. Microsoft calls it the smallest Xbox ever and it is – you don’t even have to sift through its spec-sheet to tell. You get the sense of how small it is the moment you open the retail box. The console occupies an even smaller footprint inside the packaging. Then when you take it out, and when you feel its weight for the first time, you’re left with both shock and awe at how thin and light it is.

The all-round design is very conventional. I like Microsoft’s dual tone color scheme. All this ensures the Series S can blend easily into any background. Plus, this is the only new console that feels right in both horizontal and vertical orientation. Despite its compact form factor, the Series S has ample vents for airflow including a large circular speaker-grille-like exhaust that is already the talk of the town, to say the least.

The Series S has three USB 3.1 ports, an Ethernet port, a storage expansion slot, and HDMI 2.1 out – same as the Series X.

Microsoft is bundling a white wireless controller with the Series S that aligns perfectly with the central theme of the console. It is a very familiar controller that still runs on AA batteries, the only differences coming by way of a few subtle but very useful enhancements including a new quick share button, hybrid D-pad, and textured triggers. The Xbox controller isn’t given enough credit already and with Sony literally pushing the boundaries with Dual Sense this year, I can see how Microsoft’s incremental updates might put some people off, but it is what it is.

Like the console and controller, setting up the Series S is also simple and straightforward. This is easily done using the Xbox mobile app. The user interface is familiar territory too.

Despite its dialled down approach, the Series S can pull off nearly every trick out the Series X’s textbook.

are all supported by the Series S.

Barring the resolution, the Series S, can—in theory—match the Series X in every perceivable way. I am not sure if this is by design, or a hardware limitation, but the Series S is a 1440p game console – though it can upscale games to 4K and natively stream/play 4K content. I won’t exactly call this a deal-breaker, especially considering the price, but this is something that you should keep in mind.

What can—and possibly will—be a deal-breaker for a lot of people, is the console’s usable space. This is accentuated by the all-digital nature of the console. Microsoft says Series S games will be relatively smaller in size since they won’t require additional 4K assets, and this may be true in some cases, but with most modern games crossing the 100GB threshold, 364GB of storage does not exactly inspire confidence. You can expand the console’s storage in two ways though both have serious drawbacks.

It is too early to foretell the long-term viability of a next-gen console like the Series S. At best, we can talk about early impressions—based on a few games I have played on it—and whether or not it has potential. The latter is easy to answer. The Series S is basking with potential. It is just phenomenal how Microsoft has been able to cram so much power inside a console so small—it is 60% smaller than the Series X—without messing up the thermals. The Series S runs whisper-quiet and barely loses a sweat even on extended usage putting my PS4/PS4 Pro to shame.

Early impressions have been a mixed bag. The one thing that has remained consistent throughout my review period, is the speed. To say the SSD inside it is fast, will be an understatement. The console boots up in seconds as if it were (always) in sleep mode. The same is true about game load times. Coming from an older-gen console, this is the first thing you’d notice about next-gen and there’s no way that it won’t blow your mind away. There’s one more benefit of fast storage, you can pause multiple games and the system will remember where you left even after you restart the console. Not all games support this but the ones that do, work as advertised.

Speaking of games, this is where the inconsistency arises. There are broadly two types of games that you can play on the Series S (or, even the Series X). a.) First party/third party optimised titles, and b.) Backward compatible titles. The latter work, or rather play, as expected which is to say that we’re essentially looking at faster load times and more stable frame rates – but to be clear, nothing revolutionary. The Series S being a 1440p console takes Xbox One S (and not Xbox One X) as base and goes from there, that’s in the rough ball figure of 900p/30fps. The Series X, that targets true 4K, will be able to squeeze more out of legacy games if that is what you’re looking for.

As for optimised titles, it is already starting to get clear that not all Series S games will be created equal. Also, not all Series S and Series X games will be the same as far as graphical output/features is concerned. Take for instance, Devil May Cry 5: Special Edition. The game supports hardware-accelerated ray tracing on the Series X, but not on the Series S. At the same time, Watch Dogs: Legion supports it on both the Series X and Series S.

The bigger concern is, most games, including Microsoft’s own Forza Horizon 4 cap at 1080p. That’s not to say there are no 1440p games. Yakuza: Like a Dragon and Gears Tactics are a few examples. But Microsoft’s whole marketing pitch revolves around the Series S being a 1440p game console so most—if not all—next-gen games should have held on to that promise. That’s aside from the fact that the console has no “exclusive” at launch to showcase the full capabilities of next-gen. Instead, we have:

Should you buy the Xbox Series S?

As I said in the very beginning of this review, the Series S is not so much about the hardware but positioning. Though this is subject to debate in India. In India, the Series S costs Rs 34,990 which is roughly equivalent to $475. While globally, the console retails for $299 or roughly Rs 22,000. With due respect to every import factor that adds to overall cost, I still can’t help but point out that Microsoft could have priced the Series S better in India. Its Xbox All Access program that lets you buy a Series S starting from $24.99 a month (for 24 months) in addition to giving free access to 24 months of Xbox Game Pass Ultimate, is also not available in India. For some context, the PS5 Digital Edition (which is essentially a PS5 without a disk drive) is priced at Rs 39,990.

Speaking of which, the Xbox Game Pass is a great motivator to get the Series S, especially for casual gamers, or for that matter, even Sony PlayStation fans. Microsoft’s Netflix-style game subscription service is just insane value for money and it keeps getting better over time.

From a pure technological point of view, the Series S stands tall as an engineering marvel. It is not perfect but it is also easy to look past its imperfections, because on the other side lies great power and portability. The Series S is no starter pack to next-gen but a solid next-gen console through and through, albeit one that’s of a different kind and for a different target audience. Here’s hoping it can stand the test of time.