“Sadly, for use and our users, we’ll be shutting down Breaker, on Friday, January 15” co-founder Berlin said asking podcast hosts to find a new home. 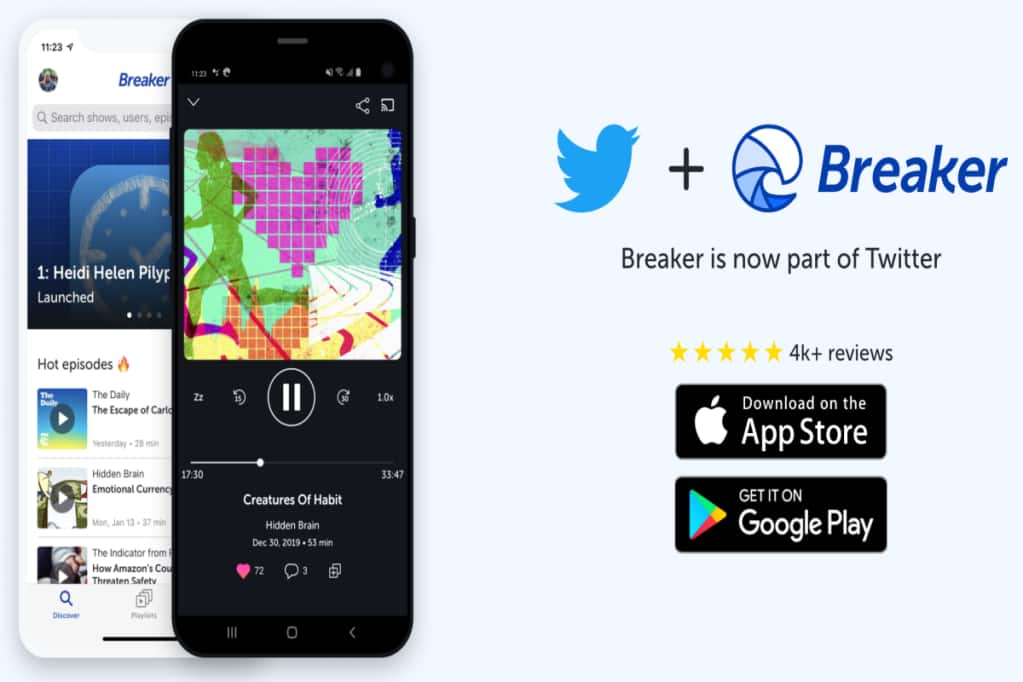 Social podcast app Breaker is joining Twitter bringing its expertise in audio experience to the micro-blogging site. Financial details of the acquisition of the team behind four-year-old San Francisco based Breaker has not been disclosed.

Another co-founder Erik Berlin announced the news of the merger in a blog post. Calling himself and Culver ‘enthusiastic users on Twitter’ he said they are looking forward to creating new experiences for the Twitter community now.

The blog post also informed that Breaker will shut down for all on January 15th. “Sadly, for use and our users, we’ll be shutting down Breaker,” it said asking podcast hosts to find a new home. The blog post also detailed on transferring the existing subscriptions to another podcast listening app.

Breaker app compatible to both iOS and Google-backed Android software users helped to find and listen to podcasts. Last year in December, Twitter introduced Spaces which it describes as a platform built around the voices of Twitter users. According to its blog post, around 10 people can be added to Spaces with any number of people listening to it.

Berlin in his post mentioned that when Breakers was introduced existing podcast apps were like feed readers and to-do lists. “Breakers added social community element with features such as liking and commenting on episodes.” the blog post said.