But a little frustrating for gamers. 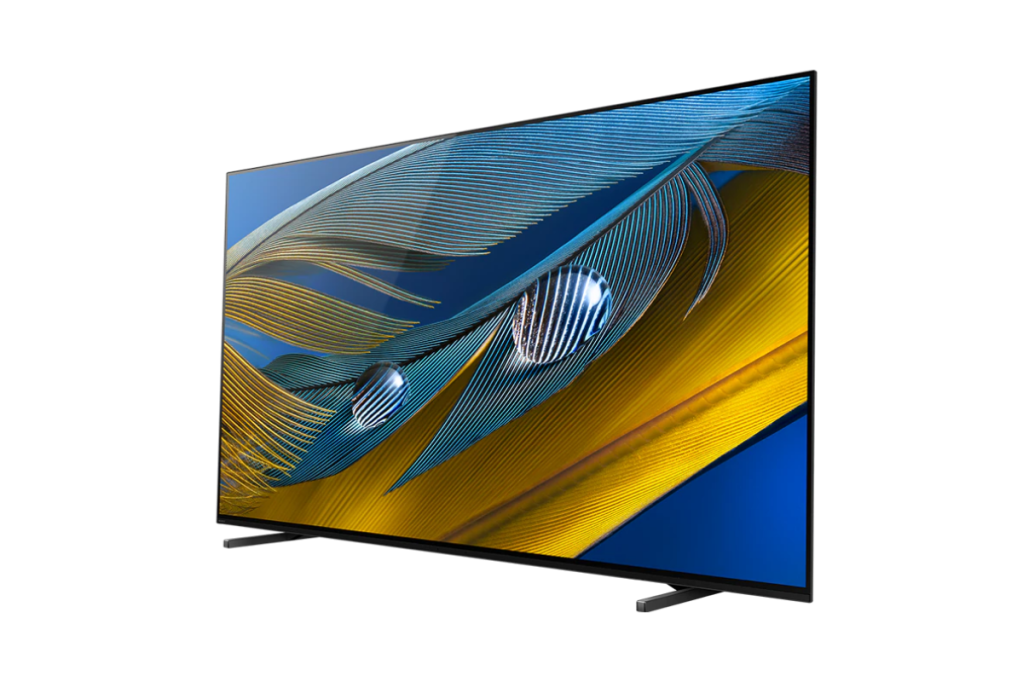 The thing about great technologies—and by extension gadgets—is that more often than not they tend to just fade away in the background. They are simple to use and they just work. Just like that.

The Sony A80J OLED TV is a good example. Keep in mind, this TV has a lot of competition especially from LG—the other big player in OLED space—but it doesn’t really matter. What matters is that the A80J is a great product that:

All that greatness will expectedly cost you a lot of money but if you happen to have deep pockets—which is the audience that Sony seems to be targeting anyway—you can rest assured you’re getting your money’s worth.

One of the A80J’s biggest strengths is its simplicity. Ease of use if you will. Right from the moment you unbox it, to putting it up on a table—or mount it on the wall if you like—to powering it on feels—for the lack of a better word—breezy. Table installation in particular stands out more than anything else that we’ve seen before with Sony giving you a 3-way adjustable stand that lets you prop the TV up nicely regardless of the available space on your cabinet. Those stands are also free from any screws which means you can easily move them around although you’re not advised to move the TV around often owing to its paper-thin dimensions—the A80J is virtually all glass and wobbles quite a bit when moved.

Setting up the A80J is a fairly straightforward process. It is probably one of the very few TVs in the Indian market today with Google TV, software that Google announced last year alongside its Chromecast refresh. Think of it as Android TV 2.0.

Google TV brings visible changes to Android TV with a more ‘active’ home screen. The traditional methodology to focus on specific apps is out of the window in favour of something far more useful—content aggregation—with a smart array of content from multiple apps with dedicated tabs for movies and TV shows. The idea is to keep you engaged with relevant things to watch tailored for you—based on your viewing pattern—without the hassle of sifting through each and every service you’ve subscribed to one by one. We quite like it.

There is a handy option to use—setup—the A80J as a basic TV as well if you want to use cable or any other media streaming device like say, the Apple TV or Amazon Fire TV Stick and not be bothered by Google TV at all. Depending on the device you’re using, your experience will vary—but more on this later.

Now, each and every brand out there has its characteristic style of doing a picture—OLED or otherwise—basis of their individual processing expertise. Even Sony. Some like it warm, some a tad punchier, even unrealistic at times. The good thing about high-end TVs is that they give you lots of options to fine-tune those settings to suit your mood and preference anytime. But not a lot of TVs give you ‘pure cinematic bliss’ right out of the gate. The A80J makes it abundantly clear that Sony means business.

That business being, to offer a seamless experience. That it works the way it does is just icing on the cake.

So, what does it mean, exactly?

The A80J is so picture-perfect and contrasty straight out of the box, it would take a lot of pixel-peeping to find any fault whatsoever. The colours look good, obviously, but even more importantly, they boast of excellent accuracy. Pair that with signature OLED blacks—and slim bezels—and you get a sense of deep immersion. Motion and upscaling are also handled well by the TV.

What’s even more impressive is that the A80J is packed to the gills with customisation both pre-set and granular. Sony itself gives you a choice of Vivid, Standard, Cinema, IMAX Enhanced, Game, Graphics, Photo, Custom, Dolby Vision Bright, Dolby Vision Dark, Netflix calibrated modes.  Frankly speaking, that’s an overkill for something that works so beautifully without needing any manual assembly.

Speaking of which, the A80J is a 4K TV with a resolution of 3,840 x 2,160 pixels. There is support for HDR10, HLG, and Dolby Vision. Screen brightness is something we all can’t get enough and while the A80J can get very bright, there is some room for improvement here considering how good this TV is overall.

At its heart lies Sony’s ‘Cognitive Processor XR’ which may seem like marketing mumbo-jumbo but we’ve got to say, the results that it’s putting out are fairly spectacular, so maybe, just maybe, this is one of those times all that marketing speak actually means something.

Now that we have picture quality out of the way, it’s time to move on to the next topic—gaming. Being a high-end Sony TV would imply, it should work well with next-gen consoles, particularly the PlayStation 5 and while it does do that, there are a few areas where it could have been better. To begin with, only two out of the four HDMI ports support 4K @120Hz playback. Variable refresh rate or VRR isn’t available yet, although Sony says it’s coming soon with a software update. That latter bit alone makes the A80J less attractive for potential gamers. The A80J also can’t do 4K Dolby Vision HDR @120Hz. For a TV that costs as much as what the A80J does, not having these features included is frustrating.

The A80J is a beautiful TV in every sense of the word. It’s at the peak of cinematic excellence and even though it may seem like a luxury product, it’s still pretty much grounded at heart which is to say it’s got all the basics covered.

Sony intended to let creators do all the talking with this TV and it’s safe to say, it has been able to do just that. If you can afford it, there is no other TV that can give you such a fine combination of colour and contrast like the A80J. As for its gaming quirks, well, let’s just put it this way. Not every great product needs to be perfect, all the time. Hopefully, the next generation will pick on that and strive for even more greatness and eventually, if all works well, perfection will follow.