In India, the team has surveyed various locations in Delhi, Gurgaon and Haryana. The same system has also been tested in the survey of roads in Olomouc, Prague and Bratislava areas of Czech Republic. 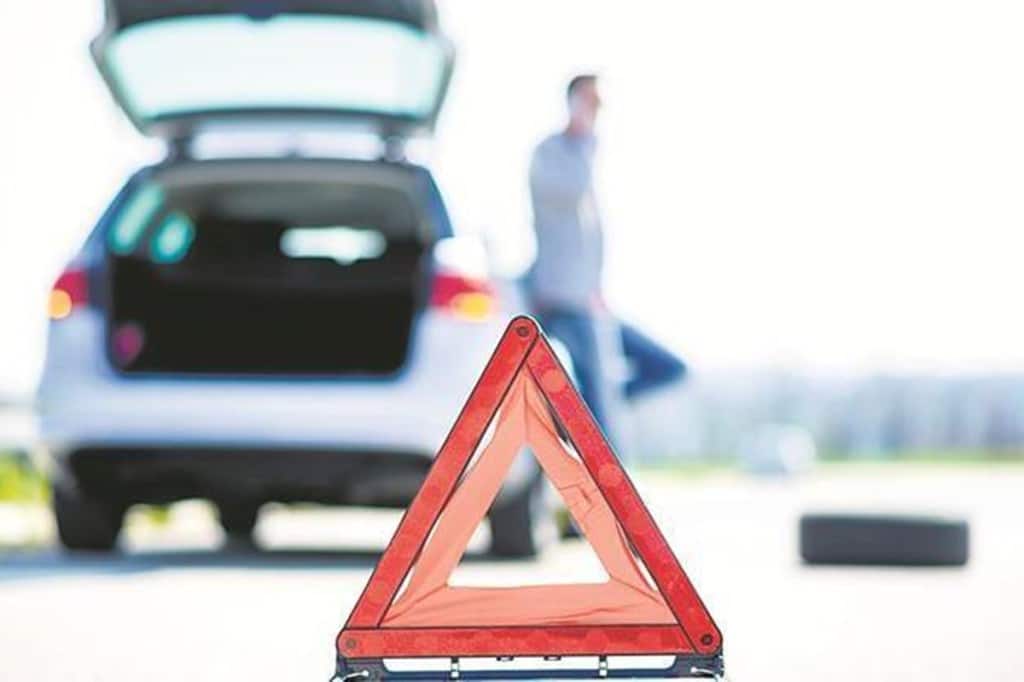 The research team collaborated with Sekimoto Laboratory at University of Tokyo, Japan to work on deep-learning-based algorithms which can automatically detect and classify road damage using smartphone images. (Representational image via IE)

Researchers from India and Japan are working on smartphone-based mapping of road health in both the countries to reduce the accidents caused due to damaged roads.

The joint project by the Indian Institute of Technology (IIT), Roorkee and the University of Tokyo is aimed at developing an affordable and deployable solution for automating the monitoring of road conditions and ultimately enhancing road safety.

The team also has inputs from Alexander Mraz, a data scientist from Luxembourg in Europe.

Also Read
Want to continue using WhatsApp? You must accept new terms of service and privacy policy; Details
How to send WhatsApp messages from website without saving a number
Bill Gates reveals why he prefers Android over iPhone on Clubhouse
10 hidden Google tricks we bet you didn’t know!

According to road safety experts, the key to road surface condition monitoring is to detect road surface anomalies, such as potholes, cracks and bumps, which affect driving comfort and on-road safety.

“Considering that the road condition has a direct and substantial impact on road safety, the roads need to be maintained regularly and monitored exhaustively from time to time. The conventional methods for road condition assessment involve a labour-intensive manual inspection of road surfaces,” she told PTI.

“These methods fail to meet the present requirements due to the vast area of road networks to be inspected in a limited time. Additionally, the monetary shortage restricts many local administrations from conducting the requisite inspections on time,” she added.

The research team collaborated with Sekimoto Laboratory at University of Tokyo, Japan to work on deep-learning-based algorithms which can automatically detect and classify road damage using smartphone images.

“The work lays down the foundation for building a smartphone-based application to assess road conditions, anytime, anywhere. With this app, any citizen can record the road damage with his or her smartphone and upload directly to the cloud servers.

“Thus, the app can be used for continuous monitoring with high temporal road damage assessment. The general public can contribute by uploading the images of any road damage they come across. The road agencies can use the data for developing efficient maintenance strategies. The successful implementation would save time as well as the overall maintenance cost, along with ensuring safer roads for everyone,” said Dikhsa Arya, lead researcher from India on the project.

In India, the team has surveyed various locations in Delhi, Gurgaon and Haryana. The same system has also been tested in the survey of roads in Olomouc, Prague and Bratislava areas of Czech Republic.

“Further, the machine learning researchers can use the datasets for benchmarking the performance of different algorithms for solving other problems of the same type,” Maeda said.

According to a “Road Accidents in India” report by the Ministry of Road Transport and Highways (MoRTH), roads with sharp curves, potholes and steep gradients tend to be more accident-prone because successfully negotiating them requires skill, extra care and alertness.