Rein Games: Playing a new game on the mobile 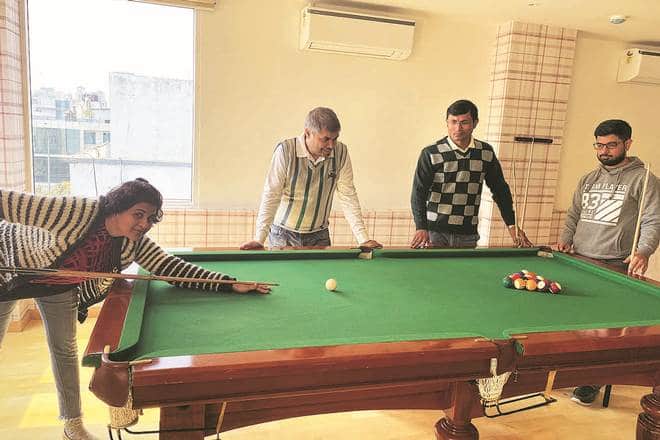 Unlike most startup origin stories, the idea of Rein Games was not an eureka moment for its founders, but was a carefully thought through idea that evolved over time, backed by solid data, research and experience. Mobile gaming is seen as one of the hottest spaces in the Indian startup scene and rightly so. Ten years ago, no one would have imagined that Indians would be spending Rs 500 for a movie ticket. But as the Indian consumer starts getting comfortable spending money for entertainment, gaming is emerging as the next winner in the space. Real money games have particularly stood out as an answer to the challenge of monetising an Indian gamer. That said, pretty much all the real money gaming companies are trying to capitalise on already proven concepts and the field lacks innovation and imagination.

After gaining relevant experience at developing, running and managing games, the four co-founders —Vaibhav Gupta, Himanshu Devra, Nishtha Gupta and Pranav Chaudhary—quit to start Rein Games. “The agenda was simple, to look beyond Rummy, Fantasy and Poker and find the next $100-million real money game,” says Vaibhav Gupta, CEO and co-founder, Rein Games. “Our first game, Real 8 Ball Pool, was a result of days of research on player behaviour on the existing virtual money equivalent by Miniclip. Realising the potential of the concept and the team behind it, Ranjan Pai and Titan Capital invested `5 crore in Rein Games even before the first hire was made and the first line of code was written.”

Although, Rein Games was not the only ones to attempt to capitalise this title, “we were definitely the only ones trying to do it the hard way, which we also strongly believe to be the right way,” says Gupta. “The existing games looked like a quick and dirty attempt to re-skin existing products with shabby network design.

We spent weeks and months in developing the game in-house, fine tuning the gaming experience, fixing the network and designing the game economy that would work for both players and the company. Finally Real 8 Ball Pool Pro was launched in June 2019.”

Rein Games has achieved retention levels that even most virtual money games are not able to achieve and its D1 (the percentage of players that return to play the next day after app installation) is 45%. The journey of the game, however, only starts upon launch. A good game is just a launchpad and the game needs to be constantly optimised, improved, redesigned and tweaked to make it a profitable business product, he says. “We did all that grind over the next eight months and thanks to persistent hard work, achieved a major milestone, that is, marketing breakeven for our game. This is the most important landmark for any startup in early days, the ultimate validation of the long-term potential of the concept.”

Rein Games will continue to invest in its first product, Real 8 Ball Pool Pro, but with one eye on profitability and the other one on growth. “At the same time, while the primary focus will remain on Pool, we are also looking to launch our second title, which yet again will be a new format real money game. Just like 8 Ball Pool, a lot of research has gone in conceptualising and designing this game,” he adds.

Real-money gaming, a market that is expected to grow 50-55% by 2022, reaching $1.5-1.7 billion from $250-300 million, currently is a big trigger for such original gaming model startups to grow and Rein Games seems to have already etched its mark in the space.