Realme says it has over 21 million user base in India now, Realme Watch with Apple Watch-like design coming soon 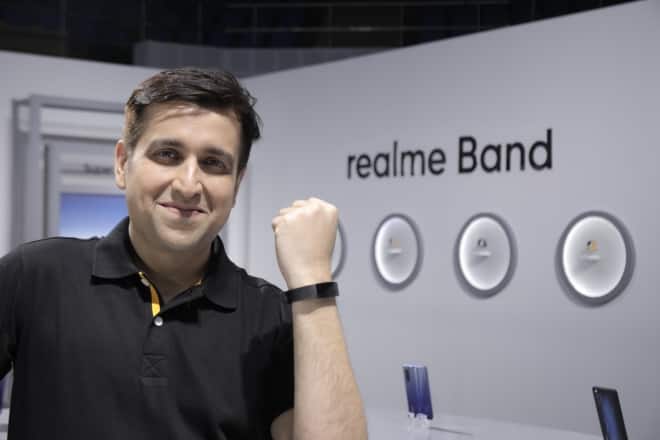 Oppo spin-off brand Realme on Thursday announced that it had amassed 35 million users globally, out of which 21 million users were based in India, only two years after launch. Realme is one of the few tech companies that started its business from India, followed by expansion elsewhere, including in China. Currently, Realme operates in 27 markets including China, Europe, India, Southeast Asia and South Asia, Russia and Africa. “At the end of January, the number of Realme global users reached 25 million, and Realme has earned another 10 million users worldwide in only 4 months, continuously accelerating the growth with the fastest speed in the world,” the company said in a statement.

Realme said it had big plans for India, especially with regards to Make in India. The company claimed to have created more than 7,500 direct jobs in the country with an intent to expand to 10,000 employee count by the end of this year. Realme also said that it will establish 3.5 million production in the Greater Noida plant “strengthening it’s monthly production capacity.” Realme was also encouraging its suppliers to set up business in India, it added.

Notably, the Realme announcement comes just two after Prime Minister Narendra Modi gave a clarion call for “Atmanirbhar Bharat ” or self reliant India amid the ongoing COVID-19 crisis. “It is now time to be vocal about local products and help them become global,” PM Modi had said in his address to the nation on May 12.

In an exclusive interview with Financial Express Online, Realme chief executive Madhav Sheth had talked about some of the short term and long term impacts of the pandemic from a pure industry point of view. Interestingly, he had said that the pandemic will “curtail” Realme’s plans to have a 10,000 strong workforce in the country by the end of 2020. The Realme CEO had also urged the Government of India to come out with some sort of exit plan soon, to save the economy, citing how financial health was as important as physical health. “If we are not able to create jobs, we are unable to create the demand and the production will also go slow at the same time. So, there is a bigger impact on the industries and bigger impact of job loss. It will also impact the “Make in India” plan because maybe the practice which we are planning to increase the number of clients, looking at curtailing the demand of the people, we won’t be able to do so,” Madhav Sheth had said.

The full interview, that you can read here, also talked about how the Government of India could have perhaps postponed the GST hike on smartphones and components for another six months — at least — something that would make buying a new smartphone a more expensive affair amid the coronavirus crisis.

In other news, the Government of India’s recently announced guidelines for e-commerce websites that allows them to resume full operations in orange and green zones, has come as a welcome relief for both brands like Realme as well as buyers. Soon after the Government eased the restrictions on e-commerce, Realme launched the Narzo series of budget smartphones in the country. Now, it is looking to add one more product in its portfolio, aka the Realme Watch. The company has started teasing the launch of the Realme Watch across social media channels, and while it isn’t sharing a lot of details just yet, it’s letting potential buyers know the product will be inspired by the Apple Watch when it comes to looks. Watch this space for our full coverage of the Realme Watch as it happens.