Here’s what we know about the new lineup of products from Realme. 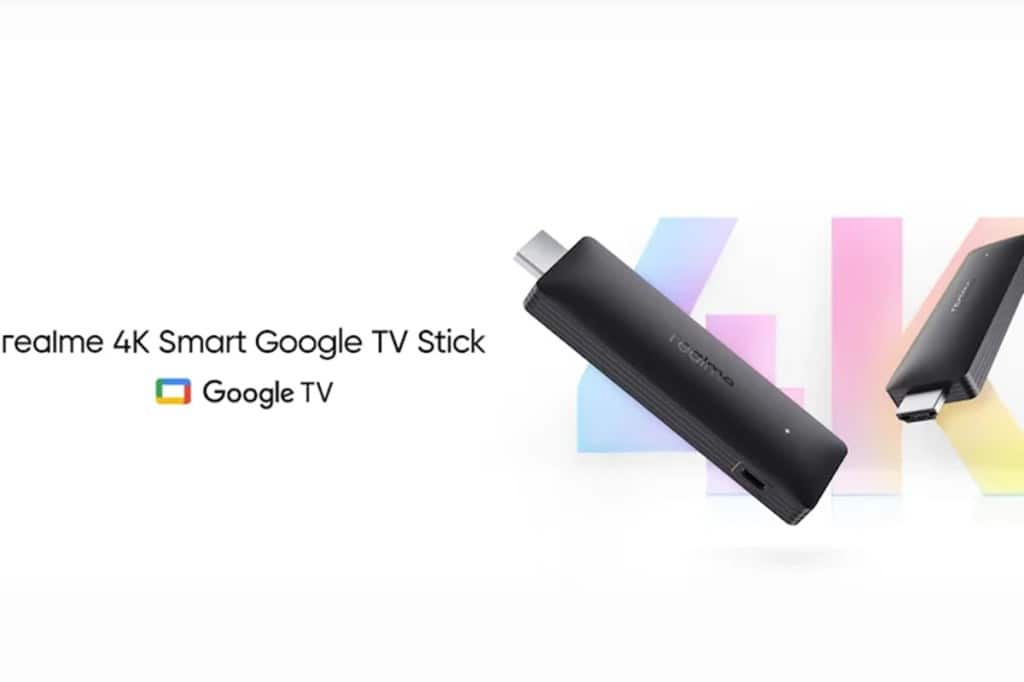 Realme has said that the gaming accessories would improve the mobile gaming experience of users. (Image: Realme)

Realme has priced the new 4K Smart Google TV Stick at Rs 3,999, but users will also be able to purchase it for Rs 2,999 if they purchase it during the Realme Festive Days sale which begins on October 16. Users would be able to purchase the TV stick on the official website of the company and on Flipkart, as well as official offline stores. However, the date from when the product would be made available has not yet been disclosed.

The TV stick will run on Google’s new TV platform – Google TV – and it comes with Chromecast and Google Assistant integration. With WiFi, Bluetooth v5 and HDMI 2.1 port, the TV stick has a quad-core ARM Cortex-A35 CPU, along with 2GB RAM and 8GB storage.

Priced at Rs 2,999, the Realme Brick Bluetooth speaker can be purchased at Rs 2,499 during the Festive Days sale of Realme. Interested users would be able to purchase the speaker from the official Realme website and official physical stores from 12 noon on October 18. Meanwhile, the Realme Buds Air 2, which had been launched in February, will now also be available in Closer Green colour at Rs 3,299. During the sale, users would be able to snag them at Rs 2,599.

All of the three gaming accessories will be available for purchase from 12 noon on October 18 on the official Realme website and the official offline stores. The Realme Mobile Game Trigger has been priced at Rs 699, while the Realme Type-C SuperDart Game cable can be purchased at Rs 599. Meanwhile, a Realme Cooling Back Clip Neo would set users back by Rs 999.