The Poco F1’s breakthrough success speaks for itself. It’s not everyday you see a product do so well, it gives a sub-brand the confidence to spin off into its own brand. Let’s decode the Poco mojo. 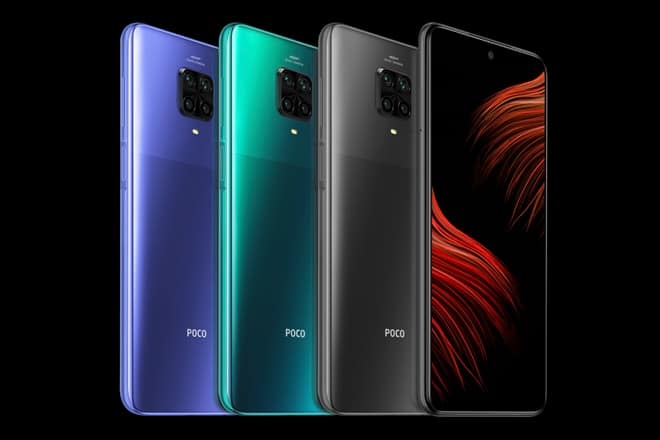 “When we started Poco, it was more like an entrepreneurial team inside Xiaomi, wherein some of us came together with the idea of doing something different. That’s when we came up with the idea of the Poco F1. Our thought process behind it was to offer everything you need and nothing you don’t,” C Manmohan, who is general manager for Poco India, tells Financial Express Online in an exclusive interview. That was in 2018. “The Poco F1 was a huge success, not just in India but across the world.”

You don’t have to take Manmohan’s word for it. The Poco F1’s breakthrough success speaks for itself. The phone’s no less than a cult and a successor is duly awaited, a successor that eludes fans and enthusiasts to this day. Poco has never really confirmed or denied the possibility of a Poco F2 for the Indian market (even as it sells a Poco F2 Pro globally) but the problem is (and this is something that big brands have tried to achieve and failed) the Poco F1 was simply so out of the blue, chances are nothing would ever replace it. This is something that even Poco is aware of.

It’s not everyday you see a product do so well, it gives a sub-brand the confidence to spin off into its own brand. This is something that happened earlier this year. “The success of the Poco F1 gave us the confidence that we can do a good job by essentially having an independent brand so that we can ensure that all the decisions we take are much more agile and we can move much faster,” Manmohan says adding that the move has both its advantages and disadvantages.

Poco brand | What is it, why it exists

Poco calls itself a startup and “every startup will go through challenges and we will also work on these challenges as we progress.”

One of these challenges is “trying to make do with whatever resources we are having and building from scratch.” Brand Poco can’t leverage the talent and skill of over 10,000 Xiaomi employees, like it could when it was still a sub brand. The other challenge is distribution. Poco has chosen the online-only route for sales, at least in the initial run, but “curiously” it has also chosen to avoid Xiaomi’s Mi.com/in online store.

Poco currently sells its phones on Flipkart and it is simultaneously also working on its own e-commerce platform details of which will be shared as it progresses further. “Over time, we will also slowly start building capabilities to enter the offline channel,” Manmohan says though the brand does not intend to tap into Xiaomi’s existing Mi preferred partners or Mi Home stores for this purpose.

What it does tap is Xiaomi’s supply chain, more precisely its R&D. “R&D is something which requires a lot of investments. Since Xiaomi has already made those investments, we are leveraging them.” Also, Poco is currently relying on Xiaomi’s 1,000+ service centers because creating such an exhaustive network “takes time.”

Clearly, brand Poco must face a lot of challenges but surely there will also be many advantages, which is why it seemingly decided to start from scratch again. “Now we just have to focus on delivering the right product while previously (when Poco was a sub brand) we also had to grapple with how launching a Poco phone will impact the Xiaomi ecosystem,” Manmohan explains. Sibling rivalry is indeed a thing, so it seems.

The other big advantage of brand Poco, according to Manmohan, is the freedom to build (or rather rebuild) software that drives its phones taking customer feedback. Poco’s take on MIUI has been widely appreciated for many reasons, but the biggest reason that also makes a lot of sense in the current scenario, is the absence of any ads, something that almost all Redmi phones notoriously do now. There’s also the privacy aspect. Mi Browser, which is Xiaomi’s default browser, was recently caught keeping tabs on users’ data even in incognito. A Poco phone, even though it ships with the Mi Browser, lets you manually set app defaults.

Poco brand | What lies ahead

It took Poco almost two years to launch its second product in India. While Manmohan wouldn’t share why, he says things will be different this year. And we can already see this “strategy” in motion. Poco launched its first phone, the Poco X2, under its own independent brand in India in February and now it has launched the Poco M2 Pro, only five months later. Both the phones cover two very different price points and have got nothing to do with the Poco F1.

The Poco X2 brought segment-first features like a 120Hz high refresh rate display between the Rs 15,000-20,000 price point while with the Poco M2 Pro, Poco is going lower down the price ladder, and yet offering features like 33W fast charging, something that no other phone does at its price.

“The Poco X2 has met and even exceeded our expectations and now we are at the stage where we think we can enter into other price brackets. We will be happy to think about other price points as well depending on how the Poco M2 Pro performs,” but at the same, “we won’t launch as many products as some of the other bigger brands out there (including Xiaomi).”

With every product decision, Poco is looking to ensure that it adds value and not just a gimmick. And its core philosophy is something it doesn’t want to “let go off.” Even with the Poco M2 Pro, “the philosophy is the same, but we are bringing that philosophy to a newer price point.”

Poco is also working to expand its portfolio. The brand has already announced its first truly wireless product, the Poco Pop Buds, for India. “Our folks have been asking a lot of things and currently we do not intend to get into any other categories apart from TWS. When we started this year, we only thought that we could go with the smartphones, but during the lockdown, we interacted with our fans and took that decision. Now we are very clear that we don’t want to launch any other category for this year at least apart from the TWS,” Manmohan says adding that ‘it’s going to take some more time for us to launch the Poco Pop Buds in India.”

As for monetization, Poco has no such plans for India yet but it’s open for evaluation at a later stage. “Right now, the idea is to set out to create a brand for Poco. And over time, we will create a strongly knit network of Poco fans. Once we succeed in that, we can think about monetization. But currently, there is no plan at all.”