PM Modi kicks off Jio, Airtel, Vi 5G rollout in India; Know when your city will get 5G services

5G is officially available for commercial use starting today, October 1 2022. 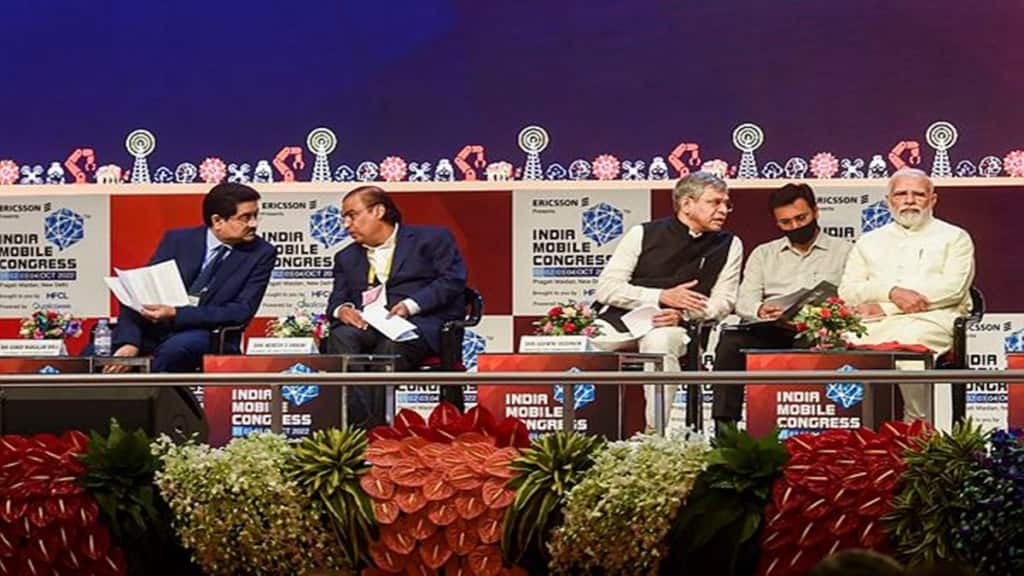 Prime Minister Narendra Modi, today, kicked off the commercial rollout of 5G services in India at India Mobile Congress 2022. Though it would take some more time before 5G becomes more broadly accessible to India’s masses, October 1 2022, marks an important date in the country’s history which is when telcos start rolling out 5G for users after months of testing.

“With 2G, 3G, and 4G, India was dependant on other countries [for technology, equipment] but with 5G, we are creating history by setting a global standard in technology and, in fact, leading it, too,” PM Modi said during his address, adding that “this is a big opportunity and a big win for Digital India.”

The Ministry of Communications notes that the cumulative impact of 5G on India’s economy is expected to reach whopping $450 Billion by 2035 opening up new opportunities and societal benefits while cutting down on conventional barriers.

5G in India: When will 5G services be available for users?

5G is officially available for commercial use starting today, October 1 2022.

5G in India: Which telecom majors will offer 5G services and starting when?

Airtel and Jio are the only telecom players who have finalised a proper timeline of 5G services rollout in the country at the time of writing. Airtel will start offering 5G services, first, starting October 1 itself, the telco has confirmed. Jio will start rollout by Diwali, which is to say by October end. Vodafone Idea (Vi), too, will rollout 5G services in the future though the exact date of launch has not been disclosed yet.

5G in India: Which cities will be first to get 5G?

5G in India: When will 5G be available across India?

Both Airtel and Jio have set different timelines for when they will achieve pan-India rollout of 5G. Jio plans to do this by December 2023. Airtel says it will cover entire country by March 2024.

Jio is the only player to have purchased the premium 700 megahertz low-band spectrum which it says would be “essential for deep indoor coverage” in addition to the 3500 MHz mid-band and the 26 GHz millimetre-wave band meant for ultra-high capacity.

The telco claims that it would combine these frequencies into a single powerful “data highway” using Carrier Aggregation for more seamless connectivity that would help connecting the remotest parts of the country in the days to come. The company has made a total investment of 2 lakh crore to build its 5G network, which it says is made completely in India.

Airtel, meanwhile, has downplayed the need for the 700 MHz band saying that it would lead to additional cost and more carbon emissions (because then it would have to instal large “power-guzzling” radios on this band) while giving no additional coverage compared to the 900 MHz spectrum band that it has. The telco has acquired 19,867.8 MHz frequencies in the 3500 MHz and 26 GHz bands in addition to select radio waves in the low and mid-band spectrum for a total investment of 43,040 crore.

Airtel also has a contrarian view -to Jio- on using stand-alone 5G with CEO Gopal Vittal previously saying that non-standalone (NSA) 5G- that Airtel would be using- offers wider coverage and can work with more devices while allowing the use of existing 4G technology at no extra cost.

5G in India: What top smartphone brands are saying?

Realme says 85 percent of its devices already support stand-alone 5G and that remaining devices will get full support by October. The company has dedicated 90 percent of its research and development efforts to 5G technologies and devices.

“With 5G being officially available now, we are looking forward to exploring the numerous opportunities it provides to us and will be directing our efforts into making this technology even more accessible to users,” Madhav Sheth, CEO Realme India, VP, Realme and President, Realme International Business Group told financialexpress.com.

For Oppo, commercial 5G rollout will open gates for innovating for next-gen experience from India.