OnePlus Nord CE 2 review: A practical phone that gets most things right

Your gateway to the OnePlus-verse. 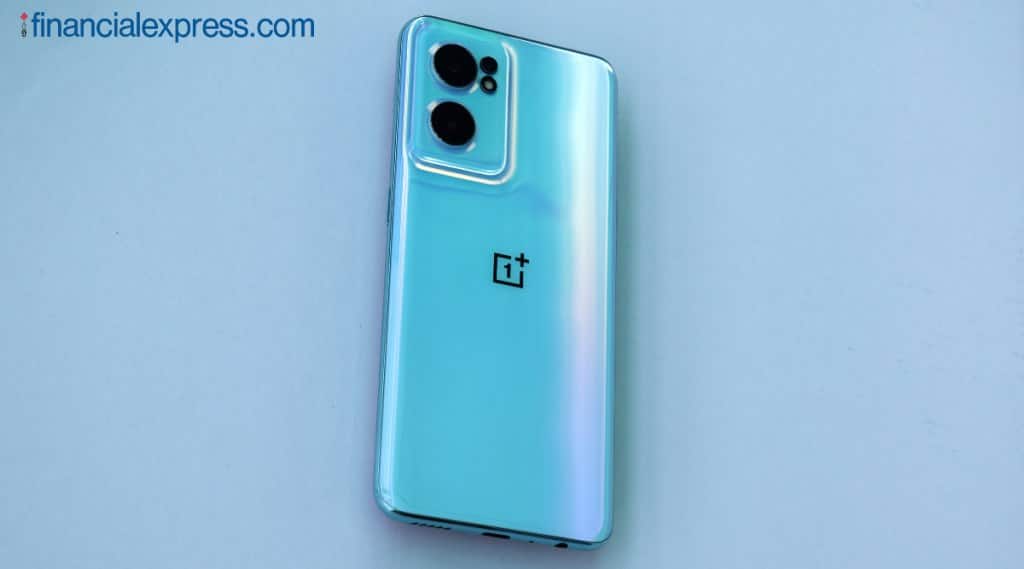 There are two kinds of midrange phones, today. There are those that make a lot of noise around one, maybe two features never seen before—or are still fairly new—at their price, while the rest of the package tries to balance things out to be able to make the product financially viable. Then there are the all-rounders, those that try to do everything but may be missing out on that one quirky feature that would make people stand up and take notice.

It’s understandable why more and more brands would want to go with the first option. The competition is just so very intense. You’ve got to stand out, to stay relevant. But a good old jack-of-all-trades phone will never go out of fashion especially in India where the average buyer seeks pure value first, marketing hype later. If you can give them something more on top of that, that’s just an icing on the cake. Case in point, the OnePlus Nord CE 2.

The Nord CE 2 is hands-down a big upgrade over its predecessor, the Nord CE from last year, as far as all-round design is concerned. Even though it’s made of plastic, OnePlus is using a backplate that looks and even feels like glass, which is to say it’s (much) more premium.

The phone comes in two colours—Bahama Blue and Gray Mirror. The blue version we have for review has this beady, almost bubble-gum like playful aesthetic that’s eye-catching, and sure to attract a lot of attention. The camera island is fused with the rest of the back and lifts gradually, giving the phone a nice and seamless unibody look.

The Nord CE 2 is very sleek and light, too, measuring just 7.8mm and weighing in at only 173g making one-handed operation breezy. The back is prone to smudging though, and we’re not too fond of the glossy frame.

There is no alert slider. The Nord CE did not have it so you can say the writing was on the wall. One argument could be that the Nord CE 2 is meant to be a gateway into the OnePlus universe, which is to say, most people buying it would be first-time users and therefore won’t miss it as much as someone who’s already invested in the brand owning one of its higher-specced models. But at the same time, that alert slider could have been a big differentiator for this phone, so it all depends on how you see it.

It’s nice to see OnePlus holding on to a headphone jack and micro-SD card slot in the Nord CE 2, two features that are fast disappearing, even among midrange phones. Storage expansion here is also “dedicated” so you’re getting three different slots which is a nice touch.

The Nord CE 2 has a 6.43-inch 1080p AMOLED display with a 90Hz refresh rate. It’s not adaptive or anything—at least on paper—but that’s not to say it’s locked at 90Hz at all times. Apps like YouTube that do not support high refresh rate natively, are still rendered at 60Hz. The interface can, also, toggle from 60Hz-90Hz from time to time, probably a measure to save battery life. OnePlus for some reason is also capping high refresh rate supporting games like Alto’s Odyssey at 60Hz which is surprising. The panel is claimed to be HDR10+-ready, but we were unable to make this work in apps like Netflix at the time of writing.

The display—aside from those two idiosyncrasies—gets nice and bright with rich colours and good viewing angles. Biometrics are handled by an in-screen fingerprint reader which is fast and reliable, mostly. Rounding off the package is Corning Gorilla Glass 5 protection.

Under the hood, the Nord CE 2 gets a MediaTek Dimensity 900 chip. The 8-core Dimensity 900 is a fairly dependable chip—for this class—with two powerful Cortex-A78 cores clocked at 2.4GHz and six Cortex-A55 cores at 2GHz for efficiency. This is paired with up to 8GRAM and up to 128GB UFS2.2 storage.

The phone feels snappy in daily use and can play high-end games at medium settings without any perceivable throttling. It does get slightly warm to the touch when pushed, but not alarmingly so. Performance, on the whole is nice and smooth. The Nord CE 2 scored 4,31,831 on Antutu which, come to think of it, isn’t very far behind Dimensity 920-powered phones like the Xiaomi 11i Hypercharge (4,36,002).

It is a little disappointing to see OnePlus shipping the new Nord CE 2 with Android 11 (OxygenOS 11.3), though. The phone is eligible to get two major OS updates and three years of security patches. The software experience, though it borrows a few things here and there from ColorOS (like say, the camera UI), has considerably lesser bloat and almost no spammy notifications. The experience, therefore, is nice and fluid.

Obviously, there are more powerful phones around similar prices. Some give you Android 12, too. But OnePlus’s approach is relatively more cohesive and easier on the eyes and senses—and easier to get used to—something that first-time users would greatly appreciate. A phone like the Nord CE 2 has all the bells and whistles of Android plus a few useful first-party apps like Zen Mode that never really overwhelm you. There are no pesky ads to deal with. The experience is clean and minimal, largely.

All this cohesiveness is also beneficial for battery life, at least that’s the impression you get after using this phone. The 4,500mAh battery may seem small on paper, but it will easily take you through the day and then some with barely a hiccup. The Nord CE 2 supports 65W fast charging and takes 50-minutes to charge from 0-100%, which is nice.

The phone has three cameras on the back which is a combination of 64MP main (f/1.8), 8MP ultrawide-angle (f/2.2), and another 2MP macro camera (f/2.4). Those keeping track would be quick to point out, this is the exact setup from the original Nord CE.

The main camera performs surprisingly well especially when lots of light is available. Details are crisp and colours mostly true-to-source. Dynamic range is just about okay, though, which is to say there’s room for improvement. The ultrawide camera is competitive, with slightly better dynamic range and natural colours. The macro camera is a mere spec filler. Not only does it have a low resolution, but it also lacks autofocus which makes shooting close-ups a hit or miss affair.

The primary and ultrawide cameras do well in tricky and low light, also, something that not a lot of phones can pull off at the Nord CE 2’s price point.

Though the Nord CE 2 can record 4K@30fps videos (through the main camera), in the real world, 1080p@30fps is the sweet spot. You get electronic image stabilisation at this resolution and videos come out nice and stable, something that should suffice for social media posts.

On the front, the phone has a 16MP selfie camera. It takes good-enough selfies with mostly natural colour tones in good light, but quality goes for a toss as intensity of light goes down.

OnePlus Nord CE 2 | Should you buy it

The Nord CE 2 is a “lite” version of the Nord 2, where CE stands for Core Edition. The premise is simple. A phone like the Nord CE 2 exists because OnePlus wants to tap into India’s masses, make its phones accessible to a wider audience. Why, you ask? Well, for one, because it—now—feels at home in the country, having established itself as one of the key smartphone players around. The brand has good recall. Secondly—and most importantly—the strategy seems to be working out well. The Nord series has already sold over 10 million units, OnePlus claims. That is a huge number considering it made its debut in July 2020. If anything, we’re expecting OnePlus to become even more aggressive in the days to come.

In exchange, you get a jack of all trades phone with an attractive design, good display, ample performance and relatively clean, unadulterated software, competitive cameras, and good battery life with quick charging. The Nord CE 2 is seemingly better equipped for the future as well with support for eight 5G bands baked in (the Nord CE infamously supported just one) while at the same time, it retains the headphone jack and storage expansion, features that are on-route to become relics of the past. The Nord CE 2 is not perfect, but it gets most things right, at the right price.