The RTX 3090 is so powerful, Nvidia is calling it Big Ferocious GPU. 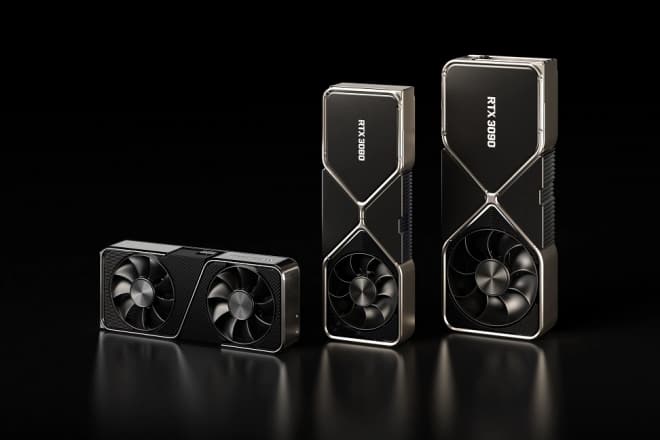 Nvidia is calling in the big guns. On Tuesday night, the Santa Clara, California-based company finally took the wraps off its next-generation GeForce RTX 3000 series GPUs for gaming PCs. The big takeaways are two. Based on its Ampere graphics processing unit architecture, Nvidia’s 30 series graphics chips promise up to two times faster graphics performance and up to 1.9 times better power efficiency over those based on the older Turing architecture. Nvidia also wants to make RTX or real-time ray tracing (now in its second-generation) an industry standard with its new GPUs.

Also Read
10 hidden Google tricks we bet you didn’t know!
How to send WhatsApp messages from website without saving a number
How to use WhatsApp without keeping the app on your phone
WhatsApp Web: How to use multiple accounts and sessions in browser

As is usually the case, Nvidia will be selling its own Founders Edition of the RTX 3070, 3080, and 3090 GPUs and partners ranging from Asus, Gigabyte, MSI, to Zotac will offer their own custom take with enhancements.

Alongside new hardware, Nvidia is also announcing new software features to tag along. Nvidia Reflex will help reduce the latency of displays, in some cases by up to 50%, something that should come handy in competitive gaming. Nvidia Omniverse Machinima will allow creators to build real-time animations in supported games. And Nvidia Broadcast will let gamers stream games more seamlessly with AI-backed noise reduction and background blurring tools.