No Apple Watch? No problem, Apple Fitness+ to be available for all iPhone users soon 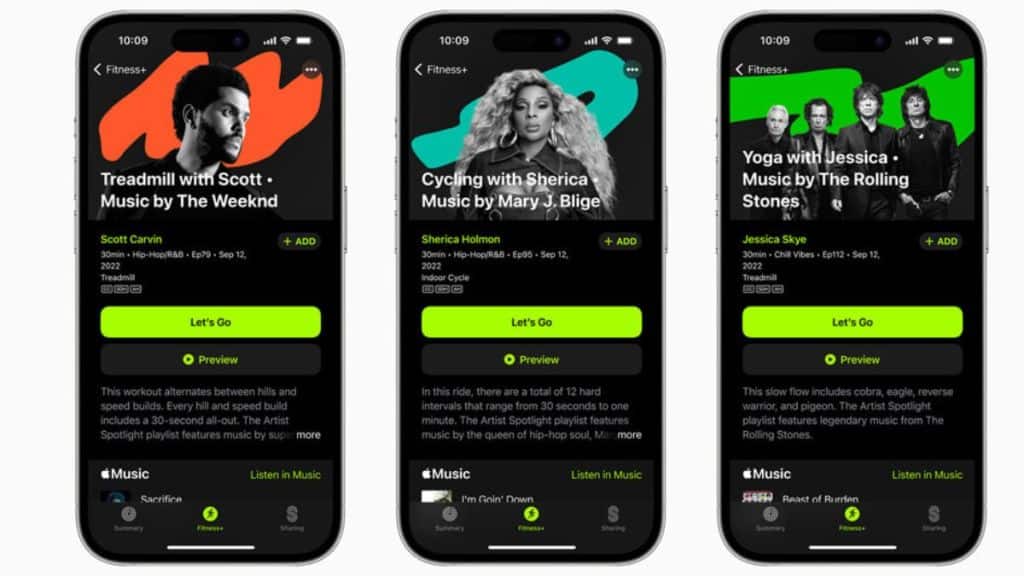 Apple has announced that Apple Fitness+, its fitness and wellness service, will be available for all iPhone users even without an Apple Watch later this fall. This will be available in the 21 countries where the service is available officially. Apple is yet to launch Apple Fitness+ in India so, obviously, the announcement does not apply for Indian users.

Apple at its ‘Far Out’ iPhone 14 launch event has announced the expansion of Apple Fitness+ for all its iPhone users. With Apple’s upcoming iOS update, all iPhone users will be able to make use of the company’s premium Fitness+ workout subscription without actually having an Apple watch.
The update will be available for iPhone users across 21 countries where the service is currently being offered. Along with Apple’s latest software update, iOS 16 which will release on September 12 all iPhone users will get access to Fitness+. With the upcoming update, users will be able to sign up on their respective iPhone, iPad and Apple TV and watch over 3,000 studio-like fitness sessions and meditations. All workout sessions will be led by an all-inclusive team of trainers.
With the new software update, users will also be able to access Time to Walk and Time to Run episodes which will be available on the Fitness app on iPhone to all those with the Fitness+ subscription.
Fitness+ users will also be able to witness onscreen trainer guidance, interval timing and calories burned during this process will be used to make progress to the Move ring. Move ring indicates the active number of calories that the user burns.
In the upcoming week, Apple Fitness+ will introduce new Collections and also the fourth season of Time to Walk. An audio experience designed to help people walk more often which will also feature some of the most influential people who will share their stories, photos and music with Fitness+ users.
As of now Time to Walk has featured 58 guests which include Prince William, Malala Yousafzai, Christopher Meloni, Draymond Green, Camila Cabello, Nick Jonas and several others.
Here are some of the advancements Fitness+ will get with iOS 16:

– Users will be able to earn awards for earning personal records, streaks or major milestones.
– For all those watch users who will be getting a watchOS 9 update will get an additional onscreen guidance along with the trainer helping in workouts like Intensity for HIIT, Cycling, Rowling and Treadmill.
– All Fitness+ subscribers who don’t have an Apple TV can use AirPlay to stream their workouts

ALSO READ| iPhone 14 has satellite connectivity but will this new Apple tech work in India? All details