New technology in government drives a new tomorrow; here’s how

New technologies have always caught the fancy of enterprises and governments. This is thanks to their promise in improving ways of working, permitting better connect with stakeholders and, ultimately, allowing a better service delivery experience and brand perception. Finance minister Arun Jaitley in his Budget 2018 speech alluded to the role of these technologies to […] 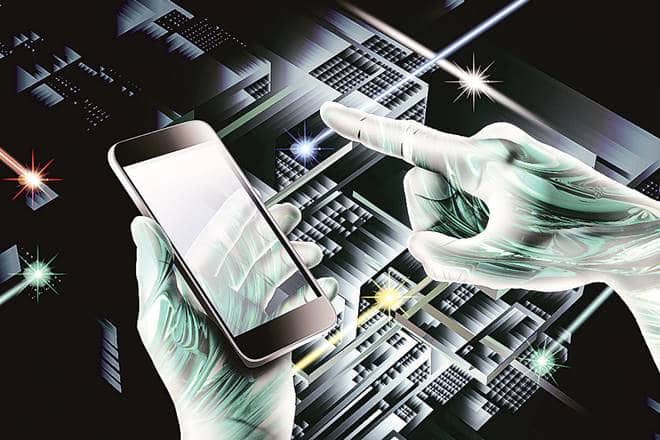 New technologies have always caught the fancy of enterprises and governments.

New technologies have always caught the fancy of enterprises and governments. This is thanks to their promise in improving ways of working, permitting better connect with stakeholders and, ultimately, allowing a better service delivery experience and brand perception. Finance minister Arun Jaitley in his Budget 2018 speech alluded to the role of these technologies to help transform India into a digital economy, and has significantly
upped the budget allocation for the Digital India programme. Many technologies can be called new. However, artificial intelligence (AI), blockchain, drones, augmented/ virtual reality (AR/VR) and robotics have captured the imagination vis-à-vis the short-to-medium-term impacts. Many other technologies also hold a similar promise in terms of the advancements in their fields, such as advanced analytics and the Internet of Things (IoT).
New technology in government has the potential to leapfrog transformation outside the incremental orbit into an era of sustainable growth through active stakeholder engagement.

Taking inspiration from the Prime Minister’s statement that IT (Information Technology) + IT (Indian Talent) = IT (India Tomorrow), one could hypothesise that leapfrogging into the India of tomorrow could be defined as NT + NT = NT, (New Technology + New Talent = Newer Tomorrow).
How this new tomorrow can be brought forward leveraging new technology through specific approaches and use-cases is explored below:
AI offers the promise of reaching out to, understanding the needs of and conversing meaningfully with citizens in their language by analysing massive sets of information. Such an intervention will transform the way government-to-citizen interactions happen and help governments reach out to citizens with ease. Citizens being heard by governments is a key imperative for thriving democracies. Blockchain has the potential to fundamentally disrupt the government’s role as a trusted intermediary between citizens and businesses on their transactions such as buying and selling movable and immovable assets. It is estimated that by 2025, 10% of global GDP will be built on blockchain applications, and simple math will indicate the impact it will have on government applications. Registries, identity, authentications and movement of valuable assets—all of which the government is expected to provide—and areas such as taxation and voting —where governments depend on citizens—will be disrupted.

Drones will be the next technology to impact how government interacts with businesses and citizens. Be it in the domain of surveys, inspections, surveillance, monitoring, mapping, event capture or transportation, drones will disrupt the way in which agriculture, policing, mining, security, healthcare, urban development and forestry are managed. AR is another new technology that will change the way inspections are carried out, training on critical roles/infrastructure is conducted and better immersive visualisation on specific scenarios without physical presence is accomplished. Inspections of billboards and urban landscape will be more efficient with AR or defence practitioners honing skills on specific combat scenarios without being at the battlefield. Robotics is making its mark in terms of robots and robotic process automation (RPA), both having the potential to disrupt human intervention in government service delivery. Robotics may replace humans in service centres and guide them aptly, while RPA will make the process of government and governance less human intensive and more efficient.

With all the new technologies coming in, harnessing them will need a structured approach spanning policy, governance, ecosystem development, talent  incubation, academia focus as well as budget allocations with aligned roles and responsibilities. A decision will also be required on how to treat new technology initiatives, either standalone or aligned with national programmes such as Digital India or the Smart Cities Mission. Most new technologies will transform operations. Some technology challenges will be easy to address. But those on process transformation, adoption approach definition, stakeholder buy-in and policy would take time and need collaboration between the interested parties. Many governments across the world—such as Estonia, Singapore and the UAE—have specific approaches to harness new technologies. Many of them address the programmes specific to technologies—blockchain in the UAE, AI in Singapore, etc.  Ultimately, a comprehensive approach across these technologies spanning a
5-10 year time horizon with stated goals will help India achieve its vision of  NT+NT = NT.