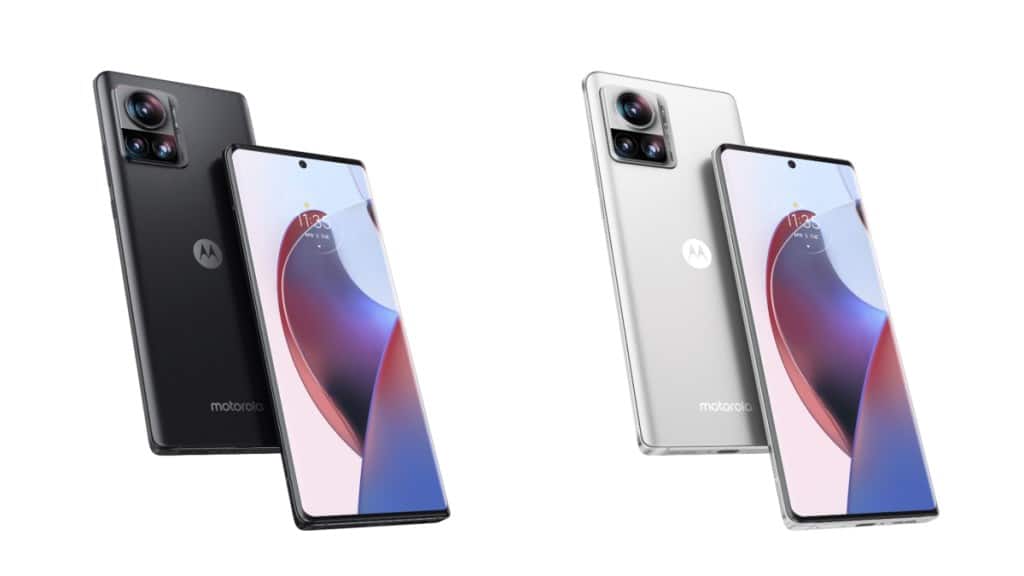 Motorola Edge 30 Ultra uses Samsung’s ISOCELL HP1 200MP sensor that bins its pixels 16-to-1 to produce 12.5MP resolution photos by default, though you’re also free to shoot natively at 200MP, or even at 50MP. The 1/1.22-inch sensor sits behind an optically stabilised lens with an f/1.95 aperture. The Edge 30 Ultra’s main camera can shoot 8K video at 30fps.

Joining the 200MP main sensor is another 50MP sensor behind an ultrawide lens and a 12MP telephoto for up to 2x optical zoom. On the front, the phone has a 60MP selfie shooter.

Rest of the hardware specs are as impressive. You get a curved 6.67-inch 10-bit 1080p pOLED display with a 144Hz refresh rate and up to 1250nits of peak brightness and HDR10 Plus playback support. There is Corning Gorilla Glass 5 for screen protection. Biometrics are handled by an in-display fingerprint scanner.

Under the hood, the Edge 30 Ultra has a Snapdragon 8 Plus Gen 1 chip which is paired with 8GB of RAM and 128GB of storage. Software is Android 12 based MyUI 4.0. Motorola is promising three major OS upgrades (Android 13,14 and 15) and four years of security updates.

Moto Edge 30 Ultra will go on sale starting from September 22 (12pm) across Flipkart and all leading retail stores including Reliance Digital outlets.

The phone will be available in two colourways— Interstellar Black and Starlight White.