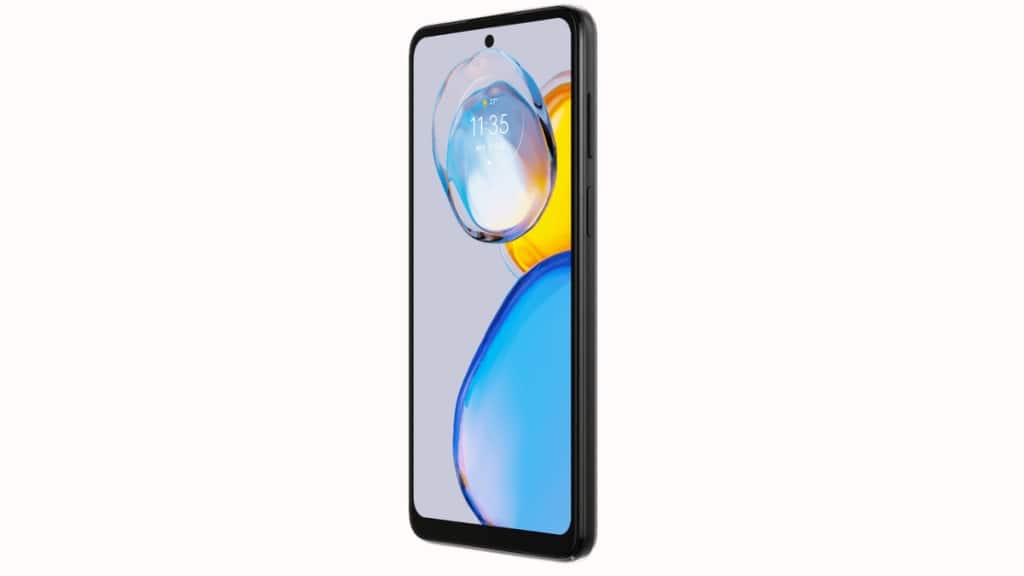 Motorola has announced the launch of its upcoming E series smartphone – Moto E32 in India. Moto’s E series smartphones are known to come with an affordable price tag. The phone was earlier launched in the European market on May 3. Moto E32 sports a 6.5-inch HD+ with 90 Hz refresh rate. Under the hood, the phone packs a MediaTek Helio G37 processor coupled with 4GB of RAM.

The company has not revealed the pricing of Moto E32 yet but it is expected to be around Rs 12,000 – as the handset was earlier launched in Europe at €149 (which is roughly around Rs 12,000). It will be available to purchase on Flipkart and other retail stores, starting October 7.

In terms of camera, the phone features a dual camera setup on the rear – 50MP primary camera with a 2MP secondary camera. Moto E32 – on the front – features an 8MP camera for selfies and video chats.

Follow us on
Latest News
‘With digitalisation, literacy growth, adoption of self-publishing will rise’
Don’t take it with a pinch of salt
The doctor is in: Earphone overuse – How do earphones impact your hearing and brain
Hair’s how you can get winter-ready
The grannies of Grammys
Branding with colour: How colours are used to convey messages in branding
War or peace? An argument that the choice between conflict & harmony lies with us, and much of this initiative has to come from the common people
Photos
Mumbai Attack 26/11: Tributes paid to martyrs on 14th anniversary of terror attacks that shook the nation
13 hours agoNovember 26, 2022
Rahul Gandhi’s Bharat Jodo Yatra reaches MP, catch a glimpse of journey so far – Photos
2 days agoNovember 24, 2022
ASEAN Defence Ministers’ Meet: Rajnath Singh calls for urgent efforts to counter global terrorism, co-chairs meet with Cambodia’s Dy PM – Check photos here
2 days agoNovember 24, 2022
Read More
×
In the first World Cup after Maradona’s death, his teammates and fans feel the void while celebrating his legacy in Doha
FIFA 2022: Mbappe double gives France spot in World Cup knockout stage
Raveena Tandon shares photo with Mithun Chakraborty, Jackie Shroff, Sunny Deol, Sanjay Dutt from sets of Baap
Railways planning to launch Jagannath Express during next Rath Jatra: Vaishnaw
Civilians escape Kherson after Russian strikes on freed city
Work to combat climate change and enhance millet production: FM Sitharaman urges startups