These partnerships provide large, exclusive access to customers. Together, Fisdom has access to nearly 20 crore customer base and 20,000 branches all over India. 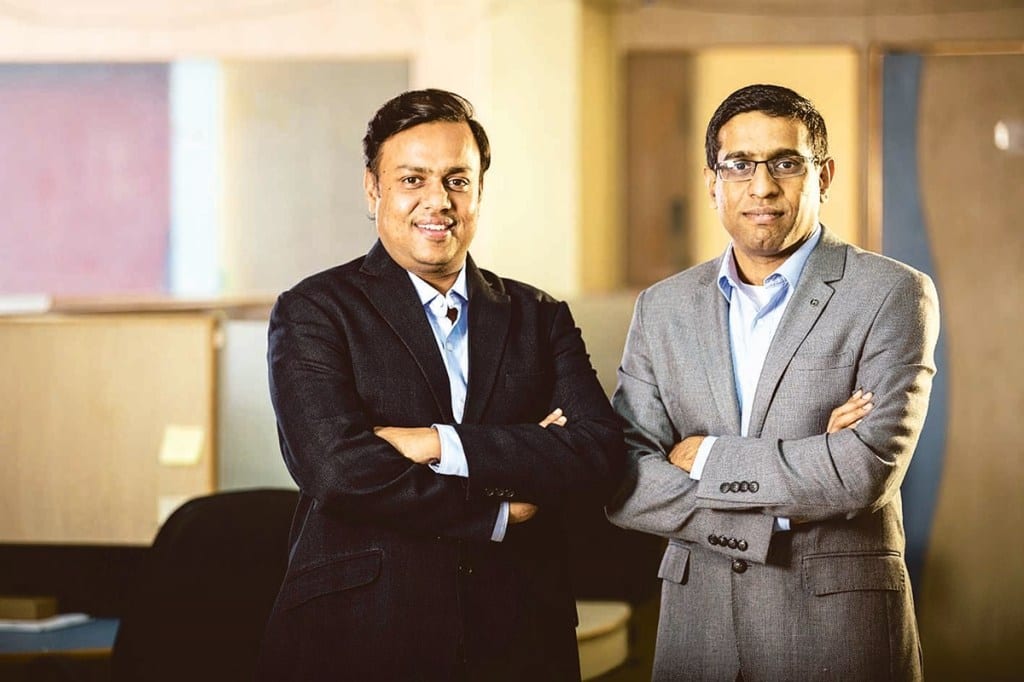 FISDOM, co-founded by Anand Dalmia and Subramanya SV in 2015, is a fast-growing wealthtech platform providing solutions across investment, saving and protection.

Through its app, Fisdom provides an array of products/services that include but are not limited to mutual funds, National Pension Scheme, digital gold, insurance, loans, etc. “We are a pioneer in the partnership-led wealth management model,” claims Subramanya SV, CEO, Fisdom. “Fisdom has built a B2C product but reaches customers through B2B2C partnerships.”

Over the last four years, Fisdom has tied up with several large banks and financial institutions to offer wealth management services to their customers. Karnataka Bank, Indian Bank, SBM Bank, Oriental Bank of Commerce, City Union Bank, and digital platforms such as Bajaj Finserv Markets and TVS Saathi have partnered with Fisdom. Subramanya adds that customers of these institutions can use the Fisdom mobile app or the Fisdom SDK on their respective mobile app to access Fisdom’s solutions.

These partnerships provide large, exclusive access to customers. Together, Fisdom has access to nearly 20 crore customer base and 20,000 branches all over India.

Banks also add an element of trust to the end-customer in their decision-making process to buy mutual funds, pension funds, etc. In addition, Fisdom serves nearly 3 lakh customers, who actively transact/buy financial products on its platform. “Even during the pandemic, Fisdom saw more than 80% growth in its AUM. The company is in the process of adding several more partners that include marquee names in the Indian financial services landscape,” says Subramanya.

Fisdom employs nearly 400 people across technology, sales, and operations. It has nearly a 200-people sales team across the country in 100-plus locations working with the bank partners. Talking about the initial years, Subramanya says, “I was a successful venture capital investor and Anand, an investment banker with experience in handling large M&A deals. As Anand and I had a background in financial services, our natural choice was to disrupt the Indian financial services. While we intended to build a large diversified financial services company, we chose wealth management as the starting point.”

According to him, access to wealth products in India then (and now) was largely underpenetrated. Less than 2 crore Indians have invested in mutual funds or stocks to create wealth. “Customers at large were staying away due to a variety of problems like lack of access, inadequate trust, lack of knowledge, time, etc,” he says. “This offered a large market opportunity to provide a tech-based solution that solves each of these consumer problems. The idea of Fisdom was to be a mobile-first platform that would help customers invest in mutual funds in a paperless manner, under a guided choice model without the use of any jargon.”

Fisdom has been backed by marquee investors such as Saama Capital (seed round), Quona Capital (Series A), and PayU (backed by Naspers) (Series B). At the time of founding, it raised an angel round of funding from several individual investors such as Raghunandan and Aprameya (TaxiForSure founders), Rob Chandra, Rajeev Chitrabhanu, Gaurav Gupta, etc.

Financial products in India are still severely underpenetrated, especially in smaller towns. Fisdom’s focus areas have been providing access (making the most appropriate financial products accessible to a large number of customers), simplicity (eliminating jargon and complexity from financial decisions), and doing so in a trustworthy manner. It aims to be a financial services company that helps customers access solutions across investments, savings, protection, and credit.