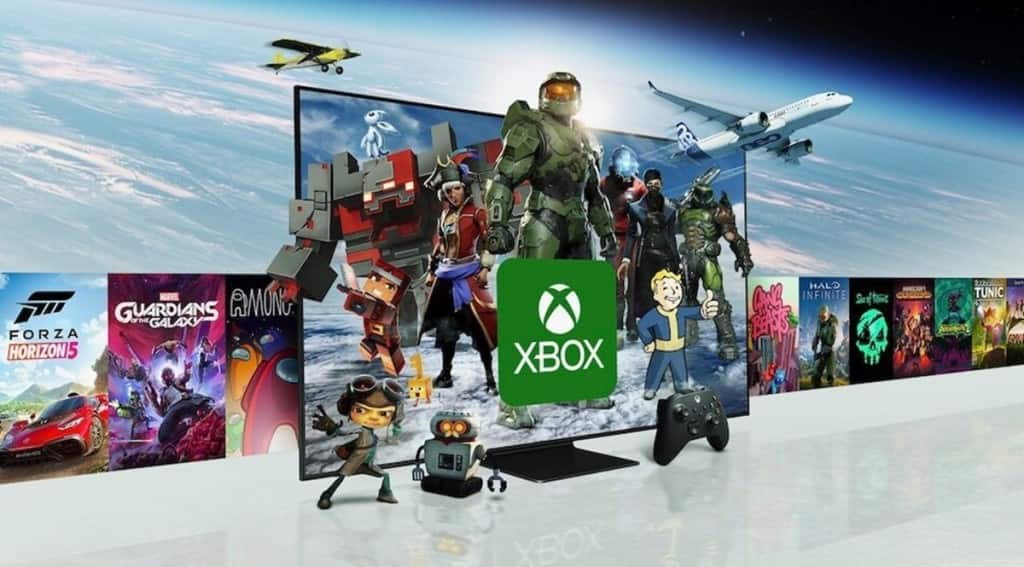 A few weeks ago, there were reports that Microsoft is testing an Xbox Game Pass family plan that will allow subscribers to share their benefits with other people. In the latest update, a leak of the potential branding of the Xbox Game Pass family subscription shows off the ability to share the subscription with friends, too. This shouldn’t be a surprise considering the other two regions- Ireland and Colombia- where the company is currently testing Game Pass Ultimate family plan already allows customer to share their subscription with up to four other people provided, they’re in the same country.

“This makes it even easier to play the best Game Pass games with friends and family across console, PC, and cloud by enabling you to add up to four people to your subscription, all with their own unique access to Xbox Game Pass Ultimate games, content, and benefits,” Tyler Mittleider, a senior Technical Program Manager at Microsoft wrote in a blog post.  The current preview allows Game Pass Ultimate subscribers to play in Ireland at €21.99 per month.

About the Game Pass- Insider Preview, the company in its press release has said that joining the preview will convert the time remaining on your membership to time in the new plan basis the price of the old membership. “For example, a full month of Ultimate will be converted to 18 days of membership for this plan. This way you won’t lose any of the remaining value on your existing subscription upon conversion. Conversion is final, and users must wait for their new membership to expire before returning to a previous membership,” reads the release.