Koo app: why it is in news, privacy concerns, China connection and everything to know about the desi Twitter alternative

Recording more than 3 million downloads in just 24 hours, Koo has suddenly become the talk of the town with many big-ticket politicians and celebrities joining the platform in the wake of the government’s ongoing stand-off with Twitter. 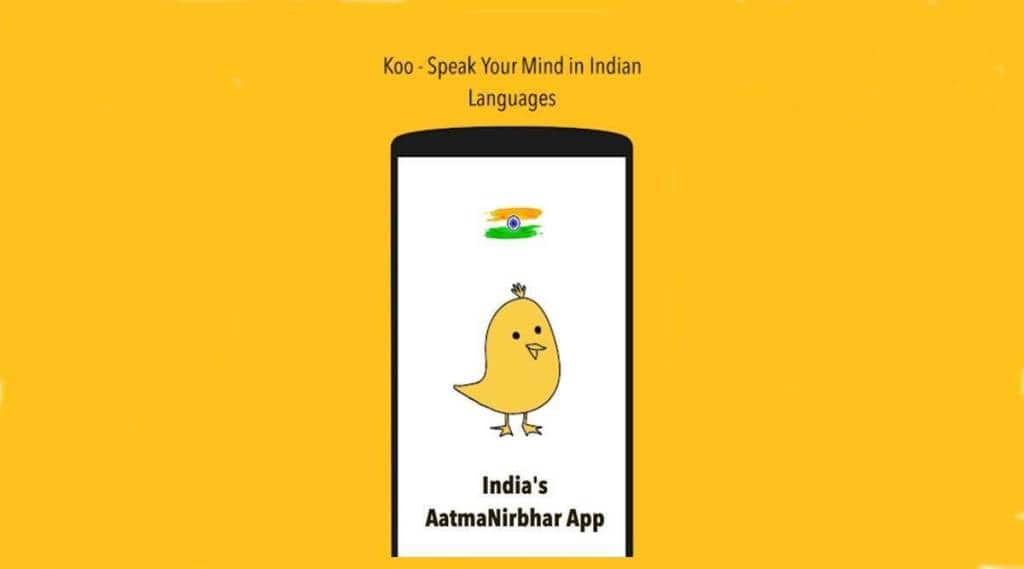 Koo app was launched last year by Aprameya Radhakrishna who co-founded the cab-hailing app TaxiForSure in 2011 and had sold it to Ola in 2015. Image: Reuters

Koo app, a desi alternative to Twitter, is creating a lot of buzz lately. Recording more than 3 million downloads in just 24 hours, Koo has suddenly become the talk of the town with many big-ticket politicians and celebrities joining the platform in the wake of the government’s ongoing stand-off with Twitter.

Government officials are promoting the application that was awarded as winner of Atma Nirbhar Bharat app challenge under social category in 2020. Now, the app is again under spotlight possibly due to ongoing tussle between Indian government and Twitter.

What exactly is Koo? What is its purpose?

Koo is a similar platform as Twitter where users can express their opinions, though it is being marketed as India’s answer to Twitter for non-English users. Aprameya Radhakrishna is the developer, co-founder and CEO of Koo and launched the app in March 2020.

One of the prominent differences between Koo and Twitter is that the indigenous app offers services in various local languages allowing many Indians to use the platform with ease. The fact that only 10 per cent Indians are vocal in English has been the selling point for the application.

Since a large number of Indian population does not speak English, Koo is trying “to make the voice of these Indians heard. They can now participate on the internet in their mother tongue by listening to the views of some of the sharpest Indian minds and also speak their mind by sharing their thoughts.”

Koo’s popularity surge has come at a time when the government of India has openly expressed its displeasure with Twitter on late compliance of its emergency orders to remove the hashtag “farmer genocide” and all related content from its platform.

The government had asked Twitter to remove over 1,000 accounts alleging that these accounts were spreading misinformation along with some provocative content about the farmers’ protest. However, Twitter was late to comply, and also, it took its own independent stand (in some cases) on the issue saying it was also trying to protect freedom of expression. Though it removed over 500 accounts and withheld a portion of accounts after the government’s directive, it did not, for instance, remove accounts belonging to journalists, media entities, activists, and politicians.

French cybersecurity researcher Robert Baptiste, who also goes by the alias Elliot Alderson on Twitter, has highlighted that the app is leaking user information. Baptiste had earlier pointed out vulnerabilities in the Aadhaar system along with security bugs and vulnerabilities in other tech services. On Wednesday, he took to Twitter and said that Koo had loopholes that can lead to leaking of personal data including email, name, DOB, marital status, gender. This means that there was a possibility of data leakage of millions of users including the Indian government departments who were using the platform.

Meanwhile, some Chinese connection to this app has also surfaced. A Chinese company named Shunwei (which is connected to Xiaomi and is a venture capital fund investing in start-ups), has also invested in Koo. However, Shunwei will now be exiting the company and will be selling its stake, making Koo a complete Indian entity. This has been confirmed by the Koo co-founder.

You asked so I did it. I spent 30 min on this new Koo app. The app is leaking of the personal data of his users: email, dob, name, marital status, gender, … https://t.co/87Et18MrOg pic.twitter.com/qzrXeFBW0L