Jio 5G in ‘every town, every taluka, and every tehsil of our country by December 2023.’ 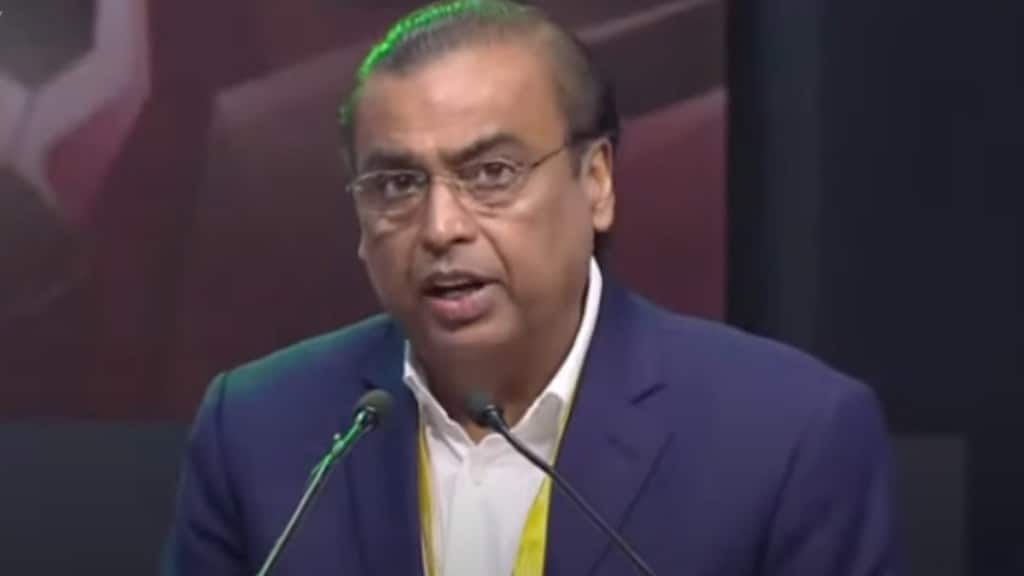 Jio 5G services will be rolled out for commercial use by the end of October.

Reliance Industries Ltd. chairman Mukesh Ambani, on Saturday, said that Jio will offer pan-India 5G coverage with highest quality and most affordable rates than anyone else in the world by December 2023.

While speaking at India Mobile Congress 2022, where commercial rollout of 5G was officially kicked-off by Prime Minister Narendra Modi, Ambani said that India may have started a bit late but telecom players like itself would ensure that the country would finish first when it came to pan-India coverage of 5G services.

Jio 5G services will be rolled out for commercial use by the end of October starting with four key metropolitan cities including Delhi, Mumbai, Chennai, and Kolkata. The telco says it would deliver 5G to “every town, every taluka, and every tehsil of our country by December 2023″. Pricing strategy and tariffs are yet to be announced.

PM Modi has called 5G a big opportunity and a big win for Digital India. The Ministry of Communications expects the cumulative impact of 5G on India’s economy to reach a whopping $450 Billion by 2035.

“By harnessing the combined power of demography and digital technologies, India can become the world’s leading digital society, setting a benchmark for simultaneously achieving the dual goals of acceleration of growth and inclusion in development – acceleration of growth by making India a 40-trillion-dollar economy by 2047, up from $3 trillion today, and inclusion in development by increasing our per capita income rapidly to over $20,000, from $2,000 today,” Ambani said, adding that it could help trigger “a huge explosion of entrepreneurship in our country, which in turn will attract even larger investments and create millions of new jobs for our young people.”

Jio will offer stand-alone 5G services that would have zero dependency on 4G network. It is the only telco to have purchased the premium 700 megahertz low-band spectrum in addition to the 3500 MHz mid-band and the 26 GHz millimetre-wave band. It plans to combine these frequencies into a single powerful “data highway” through Carrier Aggregation for a seemingly more seamless connectivity experience for end-users.

The company has made a total investment of 2 lakh crore to build its 5G network, most of which is being billed as “made in India”.

Jio is also readying a bunch of new hardware including an innovative gateway solution called JioAirFibre that it claims can deliver its “true 5G” services in homes and offices wirelessly. It is simultaneously working on launching ultra-affordable 5G-ready smartphones with Google. The company has also partnered with Qualcomm to build 5G solutions in India which it plans to launch globally.

“Jio has indigenously developed an end-to-end 5G stack, which is fully cloud native, software defined, digitally managed with support for even advanced features like Quantum Security,” Ambani had said during the company’s 45th Annual General Meeting in August, adding that the network would have sufficient capacity “to serve hundreds of millions of users right from day one.”