iQOO Z6 Lite 5G is the fourth phone to launch in India under iQOO’s Z6 series. 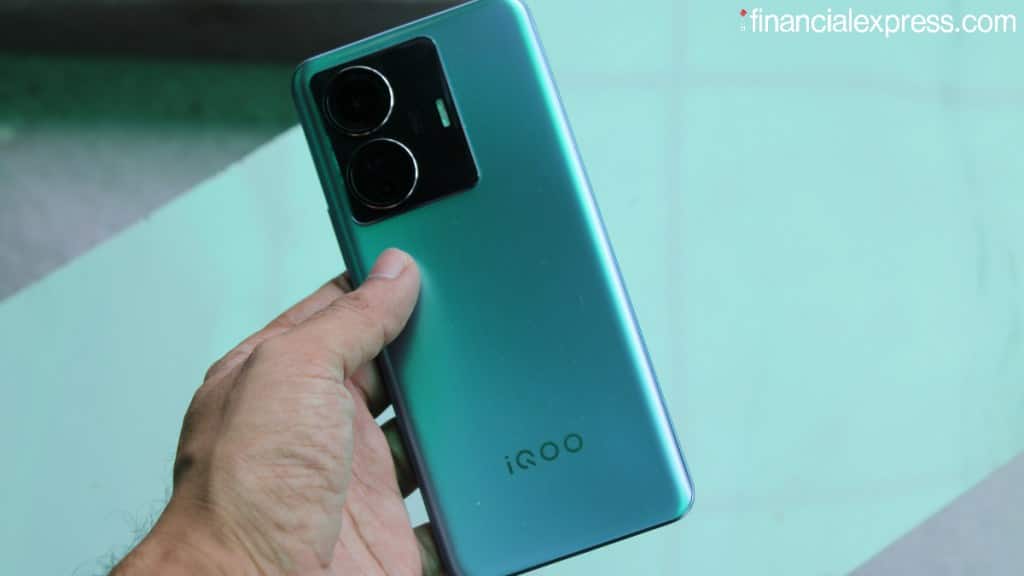 But despite its budget pricing, iQOO has equipped the Z6 Lite with a pretty likeable— powerful— spec sheet. The design, too, uses the iQOO Z6 Pro template which is to say, it is nice to look at and is built solid.

iQOO phones, regardless of their price tag, are performance-oriented. They’re designed from ground-up for gaming. iQOO Z6 Lite follows the same trend.

iQOO is pairing it to a 4-component cooling system consisting of a graphite film, copper foil, thermal Gel, and a temperature sensor to pull sustained performance. Many budget phones usually do not have dedicated thermals, let alone an elaborate one like this.

Even with it, the Z6 Lite maintains a sleek chassis at about 8.25mm. There is a slight heft to it but it is not anything we’ve seen before. Phones like the Redmi Note 11 Prime are weightier in comparison.

The body is made of plastic, entirely, with the back having a smooth matte finish, if a little slippery, with a subtle gradient that adds a bit of flair to the whole package without going overboard or anything. The frame is flat and fits nicely in the hands.

The power button and volume rocker are firm and tactile with good positioning.

Most of this phone feels modern and elegant but flip over to the front and you get a dated waterdrop-style notch. That’s not any different from other Z6 phones and to expect anything more in a “lite” version would be too much to ask, but, looking at the rest of the phone, we can’t help but wonder, is this how iQOO is keeping the cost low.

That display has its plus points. It’s 6.58-inch 1080p IPS LCD with a fast 120Hz refresh rate, something that’s still not common in this price range. The display also supports a touch sampling of 240Hz, which is nifty when gaming. As far as we can tell, it’s virtually identical to the one on the iQOO Z6 5G. Same as that phone, the Z6 Lite’s screen too doesn’t get very bright. The pre-applied screen-guard attracts a lot of smudge and fingerprints.

Biometrics are handled by an in-display fingerprint reader. It is fast and reliable mostly.

You get only one usable camera in this phone. This is 50MP with “eye-autofocus”. The other is a 2MP macro. For what it’s worth, the iQOO Z6 Lite is one the very few phones at its price to support 4K video recording (@30fps). On the front, the phone has an 8MP selfie shooter.

Running the show is Funtouch OS 12 which is based on Android 12. iQOO is promising two years of major OS and up to three years of security updates, something that’s, again, largely unheard of in this segment.

Rounding off the package is a 5,000mAh battery with 18W fast charging. But, to make full use of that, you’ll need to buy a charger separately. iQOO will sell you one for Rs 399 if you choose to get it along with the phone when it goes on sale starting September 14.

Speaking of which, the iQOO Z6 Lite starts at Rs 13,999 for 4GB/64GB and Rs 15,499 for 6GB/128GB variant. Budget phones in 2022 are different. They’re not as flashy as they used to be before and 5G only adds to the cost. Looking at the price and what’s on offer, you can’t help but come out impressed by iQOO’s hardware choices. Long-term software support is the icing on the cake. Watch this space for our full review of the iQOO Z6 Lite 5G coming soon.