A new iPhone X advertisement titled – ‘Unlock with a look. Face ID on iPhone X’ – released by Apple last week features a girl who opens umpteen objects such as closets, boxes, shutters by just looking at them 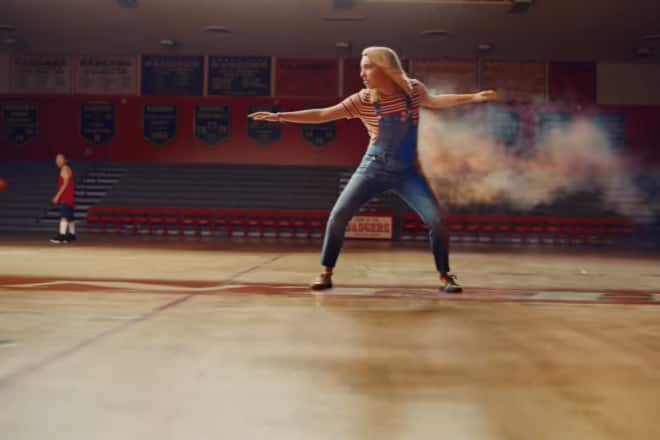 Apple is revered in the tech world for its products including iPhone, MacBooks, Apple Watch, and iMacs among others. However, the company is also famous for the advertisements for its products, which are usually creative. A new iPhone X advertisement titled – ‘Unlock with a look. Face ID on iPhone X’ – released by Apple last week features a girl who opens umpteen objects such as closets, boxes, shutters by just looking at them.

The idea is to emphasise the functionality of Face ID that allows iPhone X users to unlock the phone using facial recognition – by looking at it. However, the unusual thing about this advertisement that is being spotted by many is the track playing in the background.

Before we tell you more about the track that Apple has used in the iPhone X advertisement directed by Spike Jonze, you watch the advertisement video and try to identify the track –

Also Read
WhatsApp secret status! How to read messages without letting anyone know
Office 2019 will only work on Windows 10: Microsoft
WhatsApp now lets you open chat even without visiting app; here is how it works and other details
How to login to Reliance Jio’s JioTV web version; here are the steps

Ring a bell? Yes, this is the same track as used by the Indian music maestro R D Burman in Meri Nazar Tujh Pe from the superhit movie The Burning Train released in 1980. The track originally belongs to Pete Cannon’s Bang Bang song, so obviously people began pinpointing the correct source, instead of rejoicing over the Indian connection. However, everybody was stunned when Pete Cannon posted a tweet acknowledging the music used in the advertisement, and that it was legitimately licensed via Blurred Recs, courtesy of Saregama in India.

The same advertisement, however, went wrong for Apple at the same time. The video shows a bug in iOS 11 that even Apple could not conceal in the advertisement. At the 50-seconds mark, the iMessage notification blurb doesn’t contain the second line of the message, which is a minor bug in the iOS 11. Apple released iOS 11 last year in November, while the iOS 11.3 is slated to be pushed out in coming days.