iPhone 13 and iPhone 13 Mini review: If it ain’t broke

The ‘tick-tock’ is back. 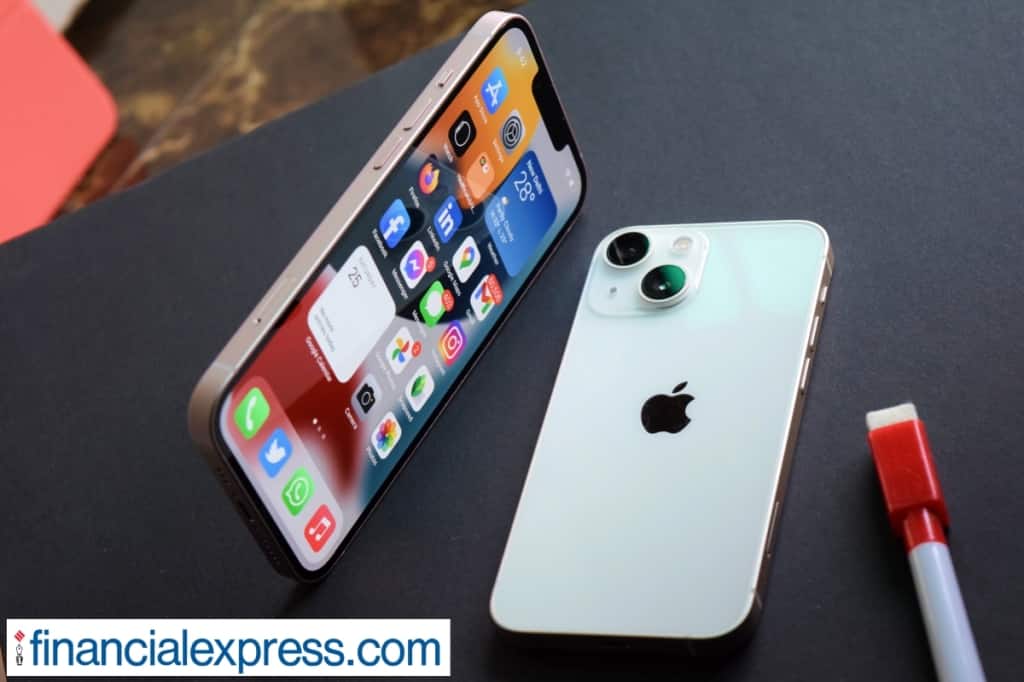 The iPhone 13 starts at Rs 79,900 for a version with 128GB storage. (Image: Saurabh Singh/Financial Express)

Last year’s iPhone 12 and iPhone 12 Mini were more ‘pro’ than you’d think. They were—in fact—so good, they were almost too good to be true. The iPhone 13 and iPhone 13 Mini are more like ‘S’ updates which is to say, they take all those good things, add some extra polish and give you a more refined, if a little familiar package.

Apple hasn’t tweaked the design a lot except changing the camera alignment on the back. There are—of course—some fresh colours including pink and starlight that look nice(r) but generally speaking, we’re looking at the same shiny glass back, ceramic shield front, flat aluminum sides and IP68 water and dust resistance. They look and feel as stunning—if not more—and are easily among the most luxurious pieces of tech in the market today.

A bigger, more noticeable change is coming on the inside of these new iPhones. They’re packing bigger batteries than before—that’s 3,227mAh in the iPhone 13 and 2,406mAh in the iPhone 13 Mini—and while they may seem small next to many Android phones, Apple holds the advantage of controlling its hardware and software stack down to the minutest detail squeezing more performance per watt without breaking a sweat. Every once in a while, when it chooses to bump up the capacity, things are only bound to get better.

The story of the iPhone 13 Mini is a little more complicated though. You see, while Apple did increase the size of the battery, the rest of the hardware is akin to the iPhone 13—even the pro iPhone 13s to an extent—the only difference is that the mini has a smaller screen and therefore, your mileage will vary depending on what your end goal is.

If you’re a heavy user who likes to consume a lot of HDR content, play a lot of games, take a lot of calls, or shoot a lot of photos and 4K videos, you can kill the mini in a few hours—in other words, you should not buy the iPhone 13 Mini.

You’d probably ask why would Apple cram so much horsepower inside it only to ask you to charge it twice a day—and carry a charger with you at all times—when all the other iPhone 13 models have all that and great battery life along with it. The answer is simple.

For a few years now, those looking for a small iPhone—or any other small phone for that matter—did not have many options. Options like the iPhone SE—while cheaper—also had to make do with older design and cutbacks in hardware plus disappointing battery life. Phone like the iPhone 13 Mini make small phones great again. Average battery life is something that people will just have to get used to unless there’s a big breakthrough in technology anytime soon.

The difference is definitely noticeable in the pro iPhone 13s. Not so much in the iPhone 13 and iPhone 13 Mini. They’re still easy to manoeuvre even for an extended period.

Apple is applying the ‘bigger is better’ rule of thumb to the cameras as well. Both iPhone 13 and iPhone 13 Mini have a larger 1.7 µm primary sensor—with the potential of pulling 47 percent more light—that sits behind an f/1.6 aperture lens. It outputs 12MP photos. Sensor-shift optical image stabilisation (OIS) is also available. The result is, that main camera is more dependable taking nice, detailed and well exposed photos across scenarios. The ultra-wide-angle camera—12MP f/2.4—seems largely unchanged though updated processing and Smart HDR 4 help bring more out of the sensor especially when it comes to colour and detail. There is no autofocus and therefore no dedicated macro photography mode like the pro iPhones.

Two of this year’s most advertised iPhone features, Photographic Styles and Cinematic mode, are both available on iPhone 13 and iPhone 13 Mini. They work in the same way as they do on the pro iPhone 13s. You can read more about them here.

Driving all of these improvements is Apple’s next-generation silicon, the 5nm A15 Bionic. It’s mostly the same across the entire line-up—6-core CPU, 16-core Neural Engine—with the only difference being that the iPhone 13 and iPhone 13 Mini have a watered-down 4-core GPU—this is 5-core in the pro iPhone 13s. Another difference is that the non-pro iPhone 13s come with 4GB RAM—this is 6GB in the pro models.

But as has always been the case, those differences would be really, really hard to pinpoint for the majority—unless you’re benchmarking them all at the same time—when it comes to day-to-day use. Graphically intensive tasks are handled very well as well without any hiccups. These iPhones tend to get warm when stressed but overall performance remains consistently good across the board. No complaints whatsoever.

Rest of the package remains as good with a pair of loud stereo speakers with spatial audio, sharp haptics, and excellent call quality. In a first, you can use two e-SIMs in all the iPhone 13s. There is support for 5G for when it’s available though this is limited to sub-6 GHz in India.

Now usually that’s not a thing to really stress about considering how fast and smooth iPhones are by default—thanks to some meticulous optimisation—but when you see the barrage of Android phones with high refresh rate screens, you can’t help but sigh—what if Apple brought that to these iPhones too. As things stand today, it’s a ‘pro’ feature for Apple so, that’s something to keep in mind.

Coming to the screen, the size—5.4-inch/6.1-inch OLED—and resolution remains unchanged but Apple has cranked up the max brightness to 800 nits so that’s nice. The notch is smaller—by up to 20 percent—but like the pro iPhone 13s, again, all the ‘extra’ real estate hasn’t been put to any use to show additional information on either side, at least not yet. It also houses the same 12MP camera, which aside from supporting Photographic Styles and Cinematic mode, is completely trash next to competition.

Last but not the least, Apple says you can charge the iPhone 13 and iPhone 13 Mini to up to 50% in 30 minutes with a 20W adapter or higher—that you need to buy separately because there’s no charger in the box—which is not the fastest, plus, there’s no USB C on these iPhones.

You might say that the iPhone 13 and iPhone 13 Mini are not all that exciting, even more so when you factor in the slew of updates the pro models are getting this year. You won’t be wrong for saying that. But there’s another way to look at them.

Remember the time when you’d get a brand-new iPhone one year and a better version of it the next year? The iPhone 13 and iPhone 13 Mini are a throwback to those simpler times when you knew what you were getting into before getting into it.

For most buyers, the iPhone 12 and iPhone 12 Mini will be ‘terrific’ value, and buying either won’t mean you’re missing out on something just because there is an iPhone 13 around. If you’re lucky, you can also get the pro iPhone 12 at around similar prices—as the iPhone 13. You should get those if you can.

The iPhone 13 and iPhone 13 Mini are for the loyalists, those who’d settle only for the latest and greatest, no holds barred iPhone that they can get minus the premium price tag of the pro models. If you can get them, you’d love them, if not, that’s fine too. It’s good to have so many options, isn’t it?