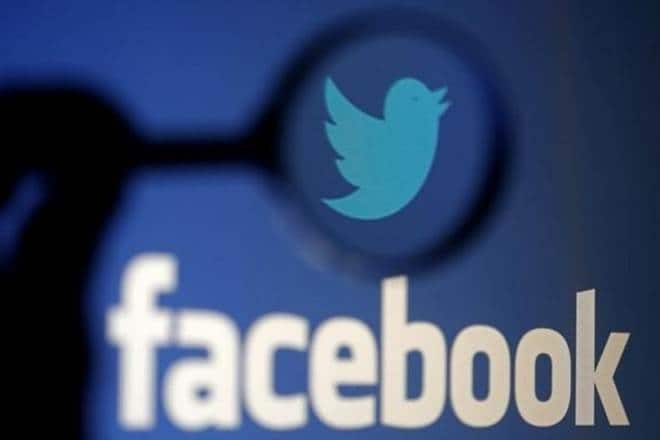 India’s government dealt retail giants Amazon.com and Walmart a devastating blow this year with new policies undermining their growth plans. Now U.S. social media pioneers Facebook and Twitter are in danger of suffering similar setbacks in what is perhaps the world’s most important emerging technology market.

In the latest skirmish, the government is targeting Facebook Inc.’s WhatsApp, the popular messaging service increasingly important to its parent’s bottom line. Frustrated that the service has been used to incite violence and spread pornography, the government is pressing WhatsApp to allow more official oversight of online discussions, even if that means giving officials access to protected, or encrypted, messages. Facebook has refused, risking punitive measures or even the possibility of a shutdown in its biggest market.

“For six months, we’ve been telling them to bring more accountability to their platform but what have they done?” said Gopalakrishnan S., a senior official in the Ministry of Electronics and Information Technology known as MEITY. “So pedophiles can go about on WhatsApp fully secure that they won’t get caught. It is absolutely evil.”

“What is contemplated by the rules is not possible today given the end-to-end encryption that we provide and it would require us to re-architect WhatsApp, leading us to a different product, one that would not be fundamentally private,” said Woog in a roundtable last week.

Still, he said WhatsApp has a zero-tolerance policy around child sexual abuse, and that about 250,000 accounts are banned each month for sharing vile content. “We ban users from WhatsApp if we become aware they are sharing content that exploits or endangers children,” he said.

Facebook’s strategy will only become more reliant on encryption. The company recently said it would be adding default encryption to users’ chats on Messenger and Instagram in the next year or so. With end-to-end encryption, not even Facebook can see what its users are saying to each other, meaning it has no way to police the content.

India is the next great emerging market for technology companies. Its online population, just 71 million people a decade ago, is already 480 million and is projected to grow to 737 million by 2022, according to Forrester Research Inc. That has led to heavy investment by American technology leaders, from Amazon to Facebook, Twitter and Microsoft. Yet the latest episode shows that India’s government is charting its own, at times unpredictable, path in regulating the market.

Twitter also faces a potential crackdown for allegedly discriminating against right-wing groups, including the ruling Bharatiya Janata Party. A parliamentary committee has summoned Twitter Chief Executive Officer Jack Dorsey to appear Feb. 25 to answer questions on the issue. The government also announced in parliament that it had directed Google and Microsoft to share their software tools to help track down and remove images of child exploitation.

For WhatsApp, this is the latest chapter in a trouble-ridden expansion in India. Last year, rumors and fake videos spread on its network were linked to about two dozen lynchings and the government hasn’t been satisfied by the company’s efforts to contain the damage, such as limiting the number of times a message can be forwarded. Officials want more access to WhatsApp messages themselves so they can hold people accountable.

“If telecom companies like Airtel, Jio, and BSNL are mandated to maintain call records, why should WhatsApp get a different rule?” Gopalakrishnan said in a telephone interview, referring to India’s wireless operators. “We don’t care about the good morning and divorce messages that are shared, we only want traceability to prevent or detect crimes.”

A draft published on the MEITY website suggests holding such services responsible for a broad range of content, including information found to be “blasphemous, defamatory, obscene, pornographic, paedophilic, libellous, invasive of another’s privacy, hateful, or racially, ethnically objectionable, disparaging, relating or encouraging money laundering or gambling, or otherwise unlawful in any manner whatever.”

If the draft rules come into force, WhatsApp and others will have to make messages traceable, remove objectionable content within 24 hours, and cooperate with government agencies investigating offences.

WhatsApp hasn’t agreed to break its encryption in any market, but it’s under increasing pressure from governments to censor content and provide details of private communications. In Australia, for instance, legislation would allow the government to ask technology companies to access encrypted communication including photographs and messages in the interest of national security, law enforcement or even road safety.

In response to India’s draft rules, the ministry has so far received over 600 pages of commentary, including from the companies themselves. The deadline for comments ends later this week. The government could choose to finalize and enforce the new rules within weeks.

Gopalakrishnan said WhatsApp executives had been “dilly-dallying” for months and the government needs to see faster progress. “This is thoroughly disappointing,” he said.