Huawei Nova 3 has a glass panel on the back, along with a fingerprint sensor in the middle. However, the smartphone does not support wireless charging 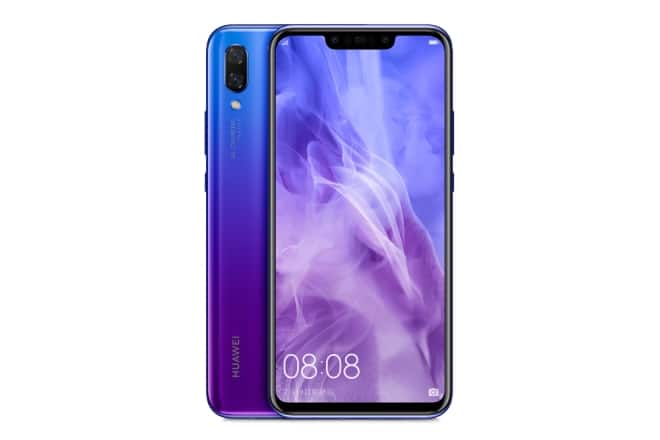 Huawei Nova 3 has a glass back

After having been in the rumour mill for quite a while, Huawei Nova 3 seems to have been listed in order to dispel any further rumours or reports. The rumours previously suggested that the Huawei Nova 3 has a 6.3-inch full-HD+ display with a notch on the top and an aspect ratio of 19.5:9. This aside, the smartphone also packs dual cameras on the rear, as well as on the front coupled with an IR sensor used for facial scanning and offering the Apple Animoji-like feature that Huawei calls 3D Qmoji.

The Huawei Nova 3 has a glass panel on the back, along with a fingerprint sensor in the middle. However, the smartphone does not support wireless charging. Other specifications as seen in the listing include a HiSilicon Kirin 970 processor with 6GB of RAM and 64GB or 128GB of internal storage, which is expandable via microSD card up to 256GB. There are dual cameras on both the sides of the smartphone.

Also Read
Honor 9 Lite on Flipkart: Check sale timings, offers, discounts, price, specifications and other key details
Top 10 internet broadband providers in India that offer unlimited data at Rs 1,000
Dual WhatsApp trick: How to use two WhatsApp accounts on one phone
WhatsApp now lets you open chat even without visiting app; here is how it works and other details