Goqii which is known for making smartbands mostly has also launched two new smartwatches to place in the race that is populated with brands like Samsung, Apple, Fitbit, Fossil, OnePlus and more. 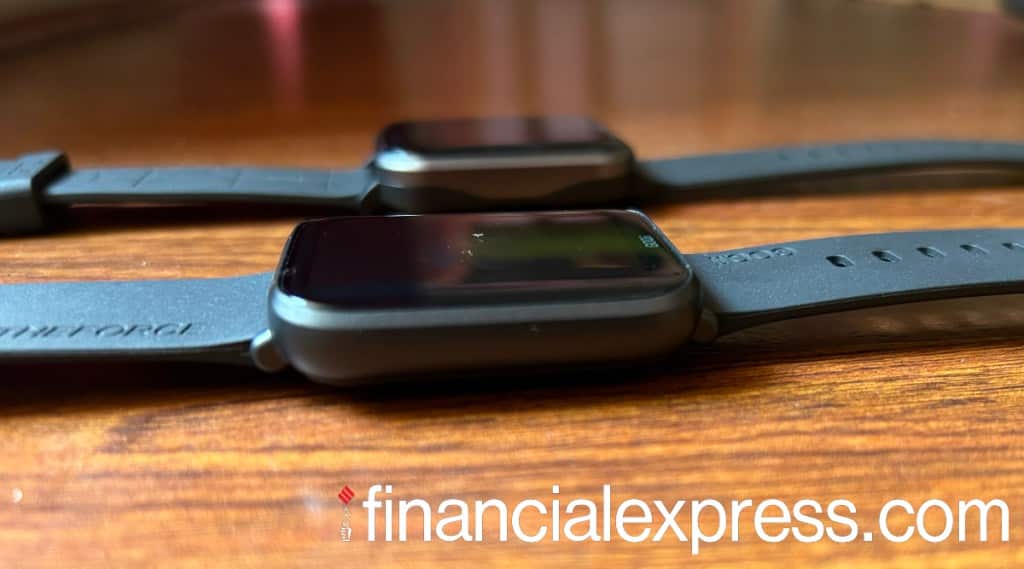 Technology has come a long way. Who would have thought that people could strap mini computers on their wrist one day and keep a track of their health. Smart wearables have turned this into a reality and with India recently taking a giant leap in their shipment in Q2 2022, it is clear that this reality is only going to get better with time. The growing demand for smartwatches and under a decent price bar has pushed various companies to jump into its making. Goqii which is known for making smartbands mostly has also launched two new smartwatches to place in the race that is populated with brands like Samsung, Apple, Fitbit, Fossil, OnePlus and more.

The new GOQII Smart Vital Ultra and GOQII Stream are priced at Rs 3499 and Rs 1799 respectively. Both the watches come with separate 2pin magnetic chargers in the box. We managed to get our hands on both the watches, let’s find out how these fare in use.

Display and design: The GOQii Smart Vital Ultra features a full-touch 1.78-inch AMOLED display with 2.5D curved edges that renders a premium look to the device. The Stream model has a slightly smaller display size of 1.69-inch with 240x280p resolution. I feel the bezels could have been sleeker for both the watches as both appear a bit chunky and massive on the wrist. But that doesn’t mean the watches look bad on wearing. The finish is quite good, so good that even the plastic-built buttons don’t dampen the look and feel of the watch.

The screen is bright and clearly visible even under direct sunlight. Both the watches support the raise to wake gesture which is enabled by default. The feature when activated keeps the screen on for a few seconds.

Battery: The battery life of both the smartwatches is commendable. I fully charged my two smartwatches a day before taking a train for a 12 hours journey. Both the watches managed to survive through the journey and there was enough battery to go for another two to three days after I reached the destination so no qualms about the battery life. Totally dependable.

The time taken for the devices to get fully charged could bother some users. Both the watches take nearly 2 hours to get charged from 0-100 percent using the 2-pin magnetic charger.

While the Smart Vital Ultra only lets you receive the incoming call alert, GoQII Stream Bluetooth calling enables you to make and receive calls directly from your watch via the built-in speaker and microphone as long as your watch is connected to your phone via GOQii Call Connect. I found the calling feature to be pretty good. The voice clarity is loud and clear.

Coming to the health features and their accuracy, I strapped the two watches on my two wrists and at times the health data wouldn’t match with each other. For example- the two watches showed two different heart rates of mine. Similarly, the SPO2 levels also varied so I have my reservations regarding the accuracy of both the smartwatches.

The verdict: The GOQii watches are decent offerings under budget. Ofcourse if you are looking for something more polished and premium then the options go higher, but in the race of entry level smartwatches, GOQii Stream and Smart Vital Ultra hold a secure position and are here to stay.