Google Pixel Watch is here with WearOS 3.5, Fitbit integration, but you can’t buy it in India 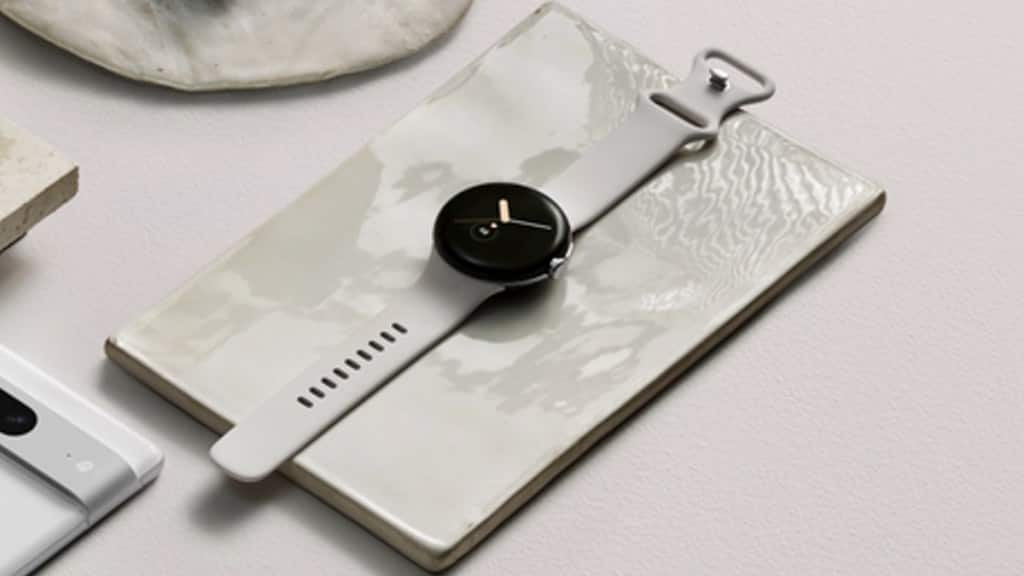 After months of teasing and sharing half-hidden specs with us, Google today officially launched its first-ever Google Pixel Smartwatch at its Made by Google event 2022.

As seen in the past specs shared by Google, the Pixel Watch features a custom-developed 3-D coverglass that’s durable and scratch resistant, with stainless steel finishes in black, silver and gold.

Also Read
Digital Rupee for India is coming today but not everyone can use it right away, here’s why
WhatsApp confirms Message Yourself feature for all, here’s how it will work
Twitter expands recommendations to all, here’s what will change now
Google appeals huge Android antitrust fine to EU’s top court

“The circular, domed design nods to classic watches with a modern twist,” said Google while announcing the watch. The dial is round in shape and includes a Corning Gorilla Glass 5 and steel chassis. The max display brightness is 1000nits and it comes with touch support.

The tactile crown has groves on it and sits on the right side of the display. The Watch overall looks premium and sleek in design. There’s a physical button right above the crown. Google says that the dial of the Pixel Watch is made with 80 % recycled stainless steel. While there are two variants of the Watch- LTE and Cellular- it comes in just one standard size of 41mm.

Google says that the new Pixel Watch is not just compatible with Pixel phones but also with other smartphones running Android 8.0 or newer version. It comes in three case colours- Matte Black (with an Obsidian coloured band), Polished Silver (with either a dark gray Charcoal or off-white Chalk band), and Champagne Gold (with a light gray Hazel band).

The Watch has a heart rate sensor on the bottom as well as an ECG sensor for better heart readings along with Fitbit’s inspired health tracking features.

Also Read | Google Pixel 7, Pixel 7 Pro prices in India, pre-order details, offers, and everything else you need to know

The Google Pixel Watch is priced at $349 (Rs 28,653 approximately) for the Bluetooth variant, while the LTE variant costs $399 (Rs 32,758 approximately). The smartwatch will be available to pre-order from October 6 in select countries, but not in India.