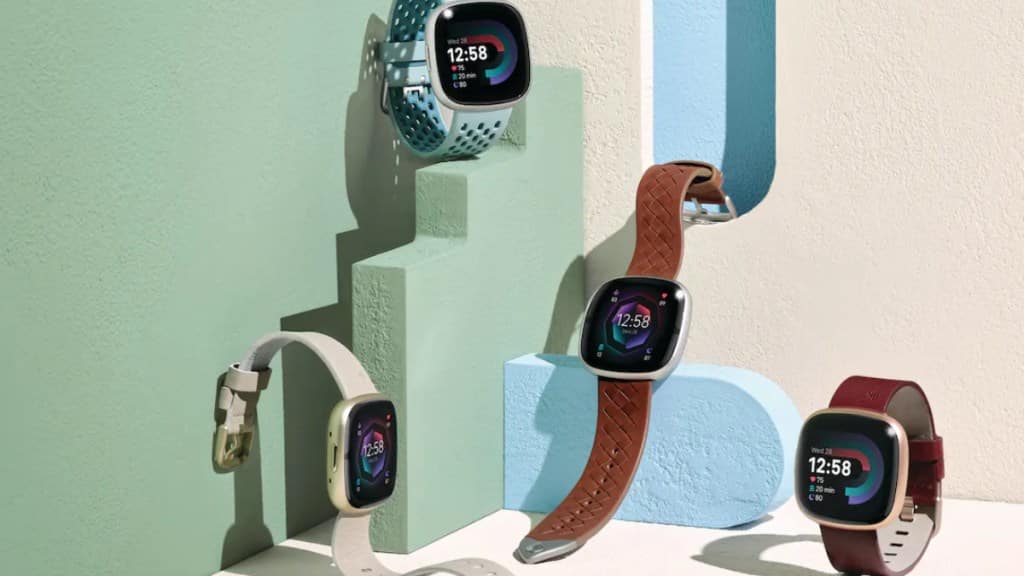 Fitbit has announced India availability of the Sense 2, the Versa 4, and the Inspire 3. Each of these wearables builds upon their predecessor in subtle yet meaningful ways to give you a more refined package. What’s more interesting is that those updates aren’t accompanied by any major price bump. The new models, in fact, are launching at a lower price than their predecessors. The Inspire 3 price in India is set at Rs 8,999 while the Versa 4 and Sense 2 will set you back by Rs 20,499 and Rs 24,999, respectively.

The Sense 2 and Versa 4 both come with minor design tweaks. They are thinner and lighter— and seemingly more comfortable. And they have physical buttons. The Sense 2 incorporates the health sensors within the display, a break with convention, using vaporised electrodes. It is also getting a brand-new continuous electrodermal activity (cEDA) sensor for “all-day” stress management. It will alert you when your stress level is getting too high and then, also, recommend ways you can bring it down, say for instance, through guided breathing and mindfulness sessions. You can customise alerts so they wouldn’t come in the way when you’re at work or simply unwinding.

“Customisation is a big piece for us and something that we really focus on to make sure that the user stays engaged because you want to see what’s most important to you first and foremost,” Sam Guarrera, head of sales and commercial strategy for Fitbit APAC, tells financialexpress.com, adding that “you’re able to customise both on the wrist and on the app as well.”

There are a bunch of new software updates, too, including new exercise modes and animal-based sleep profiles for Fitbit Premium users— Sense 2 and Versa 4 users also get an exclusive watch face featuring their sleep animal. The interface, to nobody’s surprise, has the Wear OS touch.

“We are at a very strong position today because it [the Google-Fitbit merger] takes the experience beyond the wrist into the app and that’s where we’ve always driven a lot of engagement. In terms of the overall interface, that evolves over time and will continue to evolve,” Guarrera explains.

The “integration” that’s starting to show across the business will have some tangible things that you can see, like say turn-by-turn navigation with Google Maps is “coming soon” to the Sense 2 and Versa 4, Guarrera says. It will have some intangible elements, too. One of them being, the requirement for all Fitbit device users to have a Google account by 2025 (it will be required for some features starting as early as 2023).

“It’s all about the longer-term picture of working better together and bringing the best possible experience to users,” he says.

Guarrera adds that there’s a lot of excitement around the partnership and that Fitbit hopes to bring more Google features to its devices in the future.

The entry-level Inspire 3 is ditching its predecessor’s monochrome LED in favour of a “rich” colour OLED display. It’s also getting an SpO2 sensor. Battery life is claimed to be about 10 days which isn’t too bad (the Sense 2 and Versa 4 likewise are rated for 6 days of use) though it drops down to three days when you enable always-on.

“We always try to hit the sweet spot between bringing new features to market and having a strong battery life as well,” Guarrera says, adding that “these products are designed to be worn 24×7 and providing a health and fitness experience while providing good battery life is important.”

Fitbit launched the original Sense, Versa 3, and Inspire 2 in 2020. That was pre-acquisition. With the merger in place, now, and Google itself prepping to launch the Pixel Watch supposedly with Fitbit integration in the coming days, it is only obvious to have questions –and concerns— about the future of Fitbit’s own devices including the Sense 2, Versa 4, and Inspire 3.

Guarrera reiterates that Fitbit remains committed to focusing on health and fitness first and “will continue to produce a portfolio of products that speak to different types of users on their different health and fitness journey,” adding that the merger gives it “an opportunity to go beyond that over time.”

CEO James Park has previously confirmed that a premium Fitbit watch with Wear OS is in the works. But there is no word on when that’s coming.

“It’s great to have people excited to know where Fitbit is going because Fitbit has always been seen as a leader in this space, and it’s great to see the two companies [Google and Fitbit] come together and people’s imaginations running wild, and the possibilities of what that could look like over time.”