EU mandate: USB-C to charge AirPods and Mac accessories by 2024

Gurman believes that Cupertino’s tech giant might feature a USB-C port with the release of next-gen AirPods, AirPods Pro and AirPods Max by 2024. 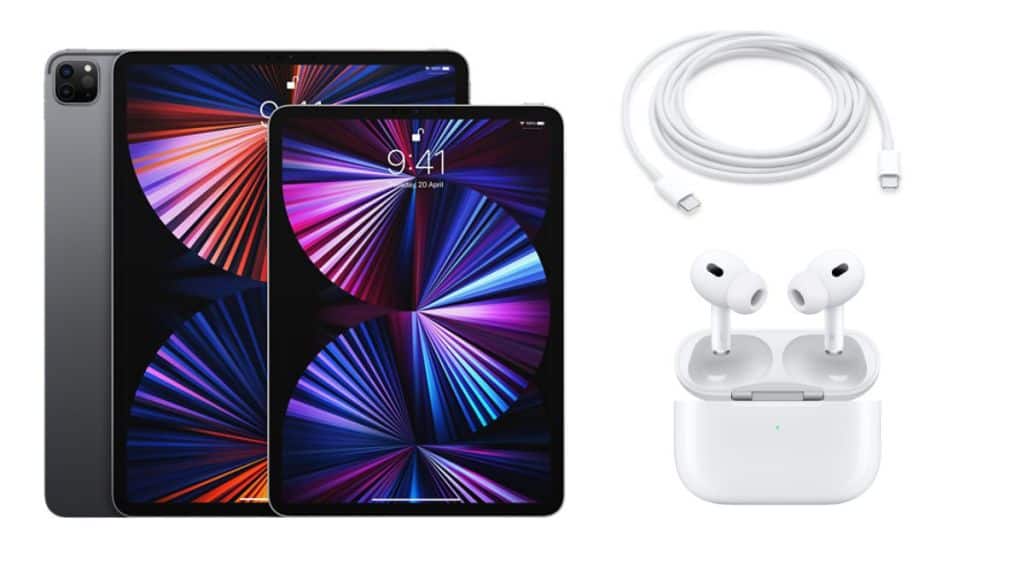 Gurman believes that Cupertino’s tech giant might feature a USB-C port with the release of next-gen AirPods, AirPods Pro and AirPods Max by 2024.

Apple is reportedly trying hands on to feature USB-C charging on its AirPods and Mac accessories line up in the coming years, according to Bloomberg’s Mark Gurman. This news comes after the decision of the European Union to mandate USB-C charging on not only the new smartphones, but headphones and tablets as well by 2024. However, the legislation is yet to be signed into law, but it received the approval from the European Parliament last week.

Gurman believes that Cupertino’s tech giant might feature a USB-C port with the release of next-gen AirPods, AirPods Pro and AirPods Max by 2024 and the Mac accessories – Magic Mouse, Magic Keyboard and Magic Trackpad could make USB-C a reality by next year.

Gurman is also known to report earlier this year that the tech giant is testing its iPhones with USB-C charging, however – the USB-C iPhones are expected to become a reality by at least 2023 “at the earliest”. He writes in his newsletter that he “thinks” that iPhone 15 as well as the entry-level iPads could come along a USB-C port.

Moreover, it seems the presence of USB-C on Apple products would be for a short period of time – as the Cupertino’s tech giant will ultimately bring inductive charging to iPhones as well as iPads “in the next few years” to play along the legislation, as the rule doesn’t apply to devices which don’t support wired charging.

Apple has introduced USB-C for devices earlier as well for MacBooks and iPads – so, it’s safe to assume that the tech giant doesn’t hate the USB-C but the lightning port has an edge over the USB-C as it’s Apple’s signature port.

Follow us on
First published on: 10-10-2022 at 14:07 IST
Latest News
How to deal with insecure and rude colleagues at work
With budgetary allotment of Rs 2.41 lakh crore in FY 2023-24, Indian Railways plans to boost infrastructure, enhance passenger experience
DeFi’s role to maximise crypto adoption in 2023
Interview: Rajesh Nambiar, CMD, Cognizant India
Fixing India’s pothole problem – What needs to be done?
Wondering how Shah Rukh Khan built his physique for Pathaan? Know from his fitness trainer
Why sustainable education is crucial to create a greener future
Photos
Samsung Galaxy S23 Ultra is not the first 200MP camera phone: Here are 5 smartphones that did it first
20 hours agoFebruary 3, 2023
Budget 2023: FM Nirmala Sitharaman matches her outfit with the Bahi Khaata Tab; See Photos
3 days agoFebruary 1, 2023
In Pics: Amid rain, Beating the Retreat ceremony held at Vijay Chowk, marks the end of Republic Day celebrations
6 days agoJanuary 29, 2023
Read More
×
Where to get the cheapest gold loan? Check the latest interest rates and EMIs
IPL 2023 to swing in favour of digital: Viacom
India to get two new Vande Bharat Express trains soon – Check routes, distance & special features here
Michelin Star Chef Gaggan Anand: Cooking is my passion, each dish I curate is a mixture of memories, textures, and taste
Hydrogen for Heritage: To boost green transportation technology, Indian Railways to run 35 hydrogen-powered trains on these routes – Details here
Countdown to Aero India | For India, From India, for the World: Lockheed Martin reaffirms its commitment to India
Switch to Hindi Edition