Versatility and portability at a price. 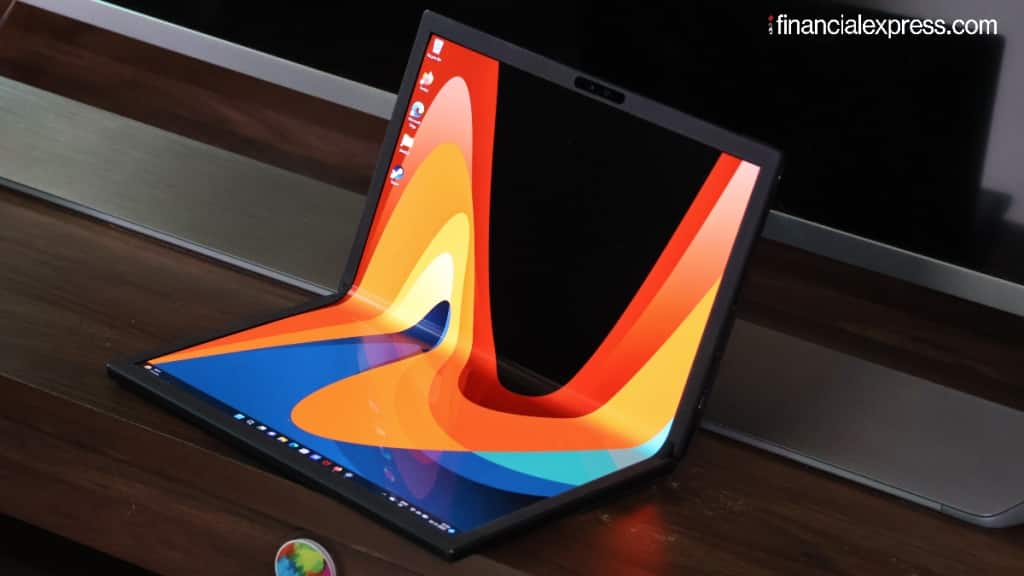 Confession time: we didn’t expect the Asus Zenbook 17 Fold OLED to be THIS good.

To be clear, it’s not the best laptop in the world. But that’s not the point of this laptop at all. Asus, for those unaware, is a company that doesn’t shy away from publicly releasing crazy, over-the-top devices –phones/tablets/laptops you name it— those that most folk out there would picture as a concept on first, even second look. But that’s as far from the truth as chalk and cheese maybe. Even though some of these devices may seem too-good-to-be-true, they’re actually very practical. The Zenbook 17 Fold OLED is one solid example.

If the naming didn’t give it away, Zenbook 17 Fold OLED is a 17-inch laptop with an OLED screen that folds in the middle. You can think of it as a Samsung Galaxy Z Fold on steroids.

The Zenbook 17 Fold, at the very basic level, is a 17.3-inch tablet that runs full-fledged Windows 11. The screen is OLED and the resolution is 2560 x 1920p or 2.5K. The aspect ratio is 4:3. It’s a typical Asus panel –sourced from BOE— with 100 percent DCI-P3 colour gamut support and up to 500nits of peak brightness. It is Pantone validated, too, and can playback Dolby Vision HDR content. Asus says it has added a smart blue light filter to reduce blue light emission by up to 70 percent without hampering colour accuracy or viewing angles even as multiple system-level optimisations like pixel shift help minimise OLED burn-in.

The overall quality is grade-A, though its real USP is that it can –also— fold in the middle to give you two 3:2 12.5-inch 1920 by 1280 displays. Each half can then be split into multiple windows and the contents arranged, using Asus’s ScreenXpert 3 and Mode Switcher apps while the folding form factor, itself, lets you seamlessly transition between multiple usage modes including full desktop, laptop, tablet, and reader.

The attention to detail when it comes to software choices is immaculate for a first-generation product. What’s even more impressive is that all this works cohesively nearly 8 out of 10 times without any major hiccups. The experience, for the lack of a better word, is mostly fluid regardless of the mode or orientation.

The same is true about the hardware. Obviously, the hinge— which is precision-engineered 180-degrees— plays a big role to make all this possible and while we can’t foretell how it would hold up in the long-term, we can attest that the Fold exudes solid reassurance when it comes to day-to-day use right out of the box (and it continued to do so throughout our 10-day testing period).

Asus says the Fold is designed to withstand over 30,000 full open-and-close cycles (that’s roughly 8 years of use with 10 cycles a day on average). We’re assuming you’d open and close a laptop screen much less frequently than you would a phone but, again, you can’t be more careful with these things. Just like Samsung, Asus ships a “warning” sheet with its Fold jotting down to-d0s and what not-to-do while handling (though the list is not as extensive).

Build quality, as expected, is premium and sturdy. The Zenbook 17 Fold OLED is made using a combination of Magnesium-Aluminium alloy, faux leather, and glass. When folded, it looks like a book which is to say, it has a distinct understated design that’s both stealthy and one that evokes a sense of wonder and intrigue. Then when you open it, you’re like, “oh wow, that’s cool!” Asus has surprised us so many times and yet each time, it figures something entirely different to blow our minds away and for that the company deserves all the credit.

Despite its folding shenanigans, the Zenbook 17 Fold is compact enough to fit comfortably inside a backpack and easy to lug around. The whole thing measures 8.7mm and weighs only 1.5 kg.

It does other things too

You can do a lot of different things with the Zenbook 17 Fold. You can use it as a stand-alone multimedia machine in landscape. You can choose to hold it in your hands or prop it on a surface (there’s a handy kickstand tucked away neatly on the back for this which is a nice touch). That’s play. For work, it can turn into a portable monitor in the same orientation. Asus bundles a custom ErgoSense Bluetooth keyboard with a “desktop-grade 19.05 mm key pitch and a long 1.4 mm travel” with it, though you’re free to use yours (the only downside of the bundled keyboard is that it doesn’t have backlighting, else, it’s all good stuff).

Alternatively, you can fold the screen like a book and use it as a reader (you can also do this by flipping it to portrait). Then, you can fold it into half –at 90-degrees— and use it as a laptop. There are two ways to do this. You can use Asus’s “extended mode” to run two different instances on the upper and lower half while continuing to use a keyboard or you can stash the bundled ErgoSense keyboard on top of the lower half and use the top as your primary screen (this keyboard is just the right size to fit in perfectly and also be carried alongside when you’re on the go so you don’t need a separate sleeve or cabin in your bag to accommodate it). The software knows when you do this and instantly moves everything up.

As a laptop, the Zenbook 17 Fold can do a little more than the basics and Asus has also managed to somehow squeeze an 82-blade cooling fan and a heat pipe inside such a thin and light chassis so you will be able to do some light photo and video editing on it, occasionally. The system can get hot when you stretch it any further, though, something that we also observed while running benchmarks.

Connectivity options are ample for a form factor like this. You get two USB-C Thunderbolt 4 ports and a headphone jack.

Powering the package is a sizeable 75Wh battery with 65W fast charging available through the bundled adapter. Battery life borders from good to average depending on use-case. We have been averaging about 6-7 hours on moderate use.

Asus Zenbook 17 Fold OLED | Should you buy it?

The Zenbook 17 Fold OLED is the first of its kind laptop to launch in India (or even globally for that matter) but we have to say, it doesn’t look like a first attempt from any angle. That’s what has surprised us the most. It’s not the first Asus laptop we’ve come out mighty impressed with recently, but it’s easily the most unconventional. We can’t wait for this form factor to become more conventional and hoping that others would pick it up sooner rather than later.

Understandably, the Zenbook 17 Fold OLED costs a lot of money. The laptop costs a whopping Rs 3,29,990 in India. But if Asus’s work with dual-screen laptops is anything to go by, it won’t be long before these things start to get mainstream. And again, if the Zenbook 17 Fold OLED is any indication, Asus seems to have its work cut already. It has the advantage of doing it first and doing it surprisingly well— and so, the future machines will be expected to fare even better and hopefully cost lower.

Asus would probably be aware that the Zenbook 17 Fold OLED would have limited takers. But boy, those people, are up for a thriller.