Google has also been sending its “do the five” updates to android users and recently released “do the five” campaign on its search engine. 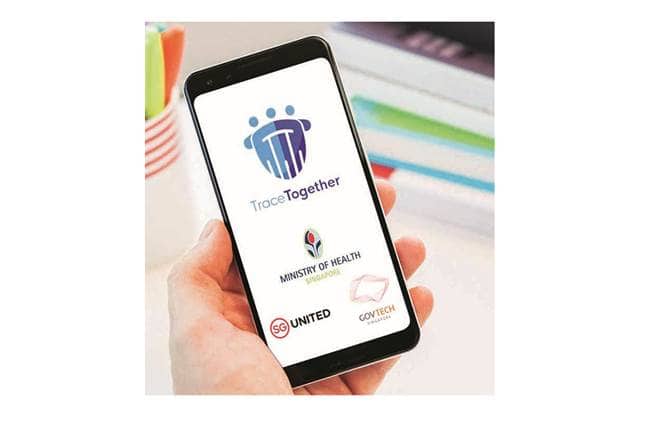 But Indian apps are still playing catch-up to the likes of what tech companies are doing in Singapore.

It didn’t take more than a day for the government to release a WhatsApp-based bot with the help of chatbot platform Haptik to spread information about corona after Prime Minister Narendra Modi in his message last week extolled the need for social distancing. The bot, called ‘MyGov Corona Helpdesk’, is expected to curb the spread of misinformation, while also giving users information on spread of the virus. “Within a few hours Haptik has reported more requests than they have ever got on their platform,” said Aakrit Vaish, CEO and co-founder, Haptik. While available in English, Haptik is looking at incorporating more languages. But it is not the only service that is running a code-based information service.

WHO released a similar initiative a few days ago, where by saving the number and sending a simple Hi or hello message the bot gives you different options to choose from to learn about the virus.

Although some states such as Kerala have been relying on technology to tackle the spread, a number of private sector initiatives have also sprung up in the last two weeks. Portea Medical, along with Verloop and government of Goa, has launched Cobot-19, another chatbot to spread information and awareness. The bot has a similar model as MyGov bot, and it also provides help in Konkani. Moreover, Cobot-19 provides information on isolation wards in Goa and even the number of cases in Goa and India.

Again, Bajaj Allianz has released a ‘Social Trackback’ feature in its Caringly Yours app, where individuals can keep a real-time database of people they have interacted with during the day. The company has said that data shall be private, and only users can share access to data if they wish.

Google has also been sending its “do the five” updates to android users and recently released “do the five” campaign on its search engine.

But Indian apps are still playing catch-up to the likes of what tech companies are doing in Singapore. The country has made headlines with an app called TraceTogether, which allows faster contact tracing. The app, developed with the country’s ministry of health, requires registration based on mobile number and asks its users to keep Bluetooth activated. If anyone is within a two metre distance of a coronavirus infected person for 30 minutes he gets a notification, so that the government can trace more patients more effectively. That, perhaps, has helped the South East Asian country in containing the pandemic much better than many of its counterparts in the region. The UK, which has been one of the worst affected, is trying to get a similar app online, but hasn’t decided whether it wants to use GPS data or Bluetooth.

While India is in lockdown for now, as awareness spreads, one can expect more sophisticated tools to crop up to help tackle this pandemic. Governments across the world have made a good start by enrolling the private sector for help.