Apple latest range of wearable is out and official. The company has launched new Apple Watch Series 8 that includes range of new safety features and health features including a temperature sensor which will help women track their ovulation 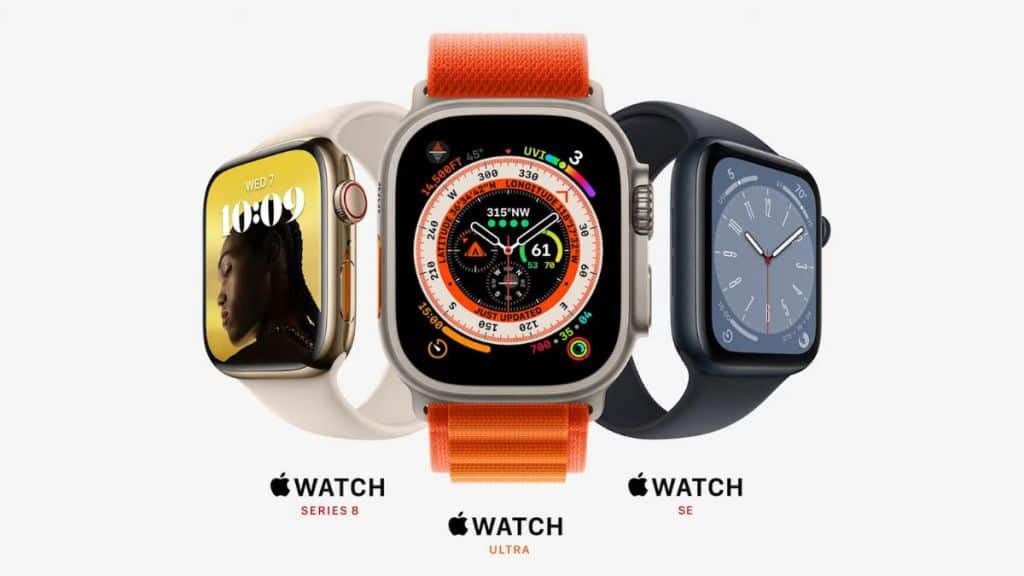 Apple Watch Series 8: Apple latest range of wearable is out and official. The company has launched new Apple Watch Series 8 that includes range of new safety features and health features including a temperature sensor that will help women better track their ovulation and menstrual cycle.

“Utilising the new capabilities, users can receive retrospective ovulation estimates, which can be helpful for family planning.6 Temperature sensing also enables improved period predictions for users who menstruate.7 With iOS 16 and watchOS 9, Cycle Tracking users can now receive a notification if their logged cycle history shows a possible deviation, which can be a symptom of underlying health conditions,” says the company.

The new Series 8 also includes two new motion sensors to detect any severe car crash. The Watch Series 8 comes with a brighter display that is said to minimise the text reading complications. Apple has introduced a temperature sensor in the new Watch Series 8 that can track even the slightest temperature change in body. It checks the temperature on every five seconds. Apple says that the feature will offer women deeper insights into their ovulation cycle and help them keep a better track of their menstrual cycle.

The company says that this data is encrypted. The watch comes with a two-sensor design with one on the back and one under the display that lets user see when she has ovulated in the past. The company claims that the new watch is smartwatch swim proof, dust proof, and crack resistant.

The safety features include an addition of car detection feature which will be active only when wearer is driving. The watch detects when they are in severe car crash and immediately contacts nearby emergency services if they are unresponsive after a 10-second countdown. Emergency responders will receive the user’s device location, which is also shared with emergency contacts.

The watch comes with 4x sampling rate for accuracy on the information. Apple has introduced a low power mode in the watch that will help preserve the Watch’s 18-hour battery life. It will help extend the Watch’s battery life to 36 hours with this feature also coming to older watches, starting with the Series 4 running watchOS 9. The aluminum version of the Apple Watch Series 8 will sell in midnight, starlight, silver and Product Red colour options, while the stainless steel edition will be available in silver, gold and graphite colour options.

Apple’s second offering—Apple Watch SE- is an upgraded version of the original SE. It is 20 percent faster than its predecessor and comes with the same S8 chip in Apple Watch Series 8. It will be available in in silver, midnight, and starlight colours. The GPS model of the watch starts $249 while the cellular model starts at $299.

The highlight of the range is Apple Watch Ultra that targets ocean and water sports enthusiasts. The watch comes with bigger display and a 49mm titanium case. It has a flat sapphire front crystal display with 2,000 nits of brightness. There’s an customisable Action button in high-contrast orange for instant access to a wide range of features like Workouts, Compass Waypoints, Backtrack, and more.

Customers in Australia, Canada, France, Germany, India, Japan, the UAE, the UK, the US, and more than 40 other countries and regions can order Apple Watch Ultra today, with availability in stores beginning Friday, September 23. The India price for Apple Watch Ultra is Rs 89900.