Apple confirms low power mode not exclusive to Apple Watch Ultra, these models to also get it

Series 4 and later will support low power mode. It will be a watchOS 9 feature. 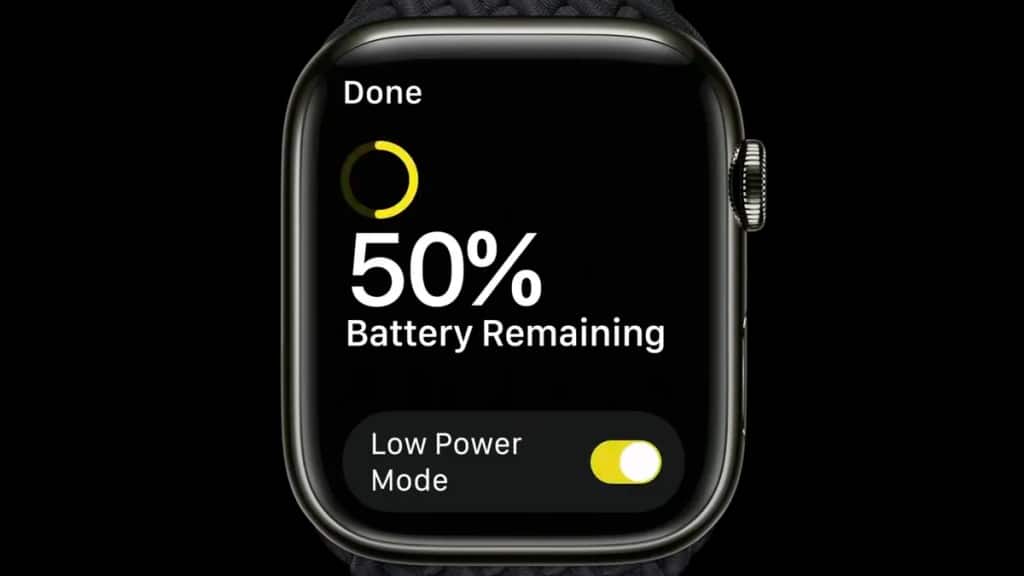 Series 4 and later will support low power mode. It will be a watchOS 9 feature.

As Apple announced the upcoming line up of Apple Watch at Far Out Event 2022, it put contrast on a new feature called low power mode – which would allow Apple Watch users to extend their wearable device’s battery life by turning off a few features. However, it won’t be limited to the Apple’s latest line up – as Apple stated that the power mode is coming to “the Series 4 and later” with watchOS 9 – which is set to be released on September 12.

Henceforth, it’s quite evident that early models of Apple Watch will support the low power mode as well. Although Apple did not comment on how effective low power mode will be on other models except for the latest ones. The company claims that Apple Watch Ultra will be able to offer a runtime of 60 hours instead 36 hours, with low power mode, turned on. Apple is yet to comment on what features will be turned off for the new Apple Watch SE.

Apple has made it clear that Low Power mode is a watchOS 9 feature, and not a new line up’s exclusive. However, the company is yet to put information regarding the Low Power mode on WatchOS 9’s official page.

Low power mode typically turns off features like – the always on display, workout autostart, heart health notifications, etc – while keeping activity tracking and fall detection turned on. While turning off the display put great impact on some of the models but it wouldn’t do much on Apple Watch Series 4 or any model of Apple Watch SE, as they did not have always on display ever to even begin with.