Android 11 Beta officially available for Google Pixel phones: Closer look at some of its top features

Google is kicking off the proceedings with its Pixel phones, but eventually, the Android 11 beta will be available for more devices in the coming weeks. 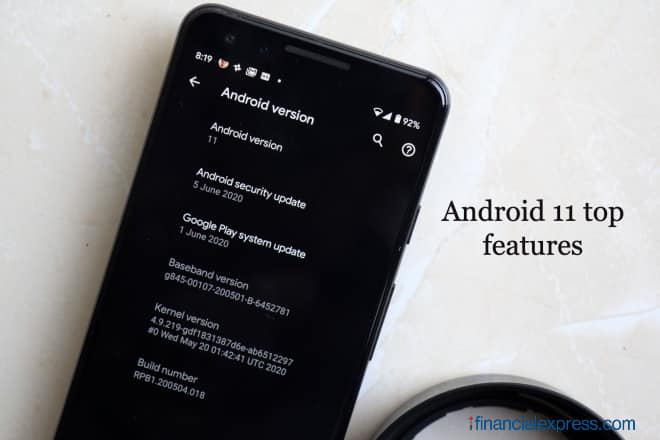 Google has silently dropped the first public beta of Android 11 for Pixel phones. Usually, you expect Google to make such an announcement at its annual developer conference. But sadly, there was no I/O this year, in any capacity, in the wake of the coronavirus crisis. Google later decided to live stream the release, but again, it was postponed so that people “could focus on important discussions about racial justice.” Last night, Google took to a whole new format to reveal Android 11, via a blog post comprising text, videos and online resources “to consume at your own pace when the time is right for you.”

To be clear, Android 11 has been around since February at least, but only in the form of developer previews. Android 11 that is being rolled out now is also meant for developers largely, but unlike the developer previews, it is also available for the public. This means anybody with an eligible device can access the Android 11 beta update, though as is usually the case, it is not going to be everybody’s cup of tea. Being a beta release means it is only meant for those who like to tinker around with software, preferably on their secondary hardware. Google is quick to warn that the update contains errors and defects that can affect normal functioning of your device.

Another thing to note is that this is only the first public beta of Android 11. There will be more updates, update two, three, and so on, in the days to come. Like clockwork, Google is kicking off the proceedings with its Pixel phones, but eventually, the Android 11 beta will be available for more devices in the coming weeks. Google will reveal the full list of third-party Android devices eligible for the update at the same time the specific beta is made available for those devices.

The first public beta of Android 11 is available for Google’s Pixel phones only. More specifically, the following Google Pixel phones are eligible for the Android 11 beta update:

We can expect Google to make Android 11 beta available for more (third-party) devices in subsequent updates. Last year, phones from brands like Asus, Nokia, LG, OnePlus, Oppo, Realme, Sony, Tecno, Vivo, and Xiaomi were eligible for Android 10 beta, and something similar will be expected this year as well. Samsung phones somehow have not made it to the list, two years in a row, so it will be interesting to see if that changes this year. Also, Huawei will most likely not be a part of this beta software roll out due to its current predicament with the US Government.

Android 11 Beta: How to install

Installing the Android 11 beta update on a compatible Pixel is a straightforward process this year. There is no need to manually flash the update on your devices anymore. Rather, Google has made all this simple and streamlined, to an extent that, all you need to do is simply visit the Android 11 beta website (on phone or PC) after logging into your Google account and enroll your eligible device to receive the update. You need to do this even if you signed up for Android 10 beta last year.

Once your eligible Pixel is enrolled, and provided it is available in your area (sometimes it may take a while but that is rare), you need to head over to your phone’s settings menu > System > System Update and check for the update. That is if it is not already showing up in your notification panel. On my Pixel 3, the update weighs in at 1.49GB. Download, then install, and you are ready to go.

With every public beta release, Google focuses on several key areas. These areas basically get the most noteworthy updates, ones that set the tone for the new major iteration of Android. This year, the focus is on three key areas, people, controls, and privacy. Android 11 builds upon the strong foundation that Google laid with Android 10 (and Android 9), especially when it comes to user privacy, and makes it even stronger. The update is not necessarily going to wow you, it would also remind you of iOS in some ways, but neither is a bad thing if it all works out well in the end. Having said that, not every feature that you will see today, may make it to the final stable update. It is also likely that Google may add more features in the coming days, on top of what is be rolled out already.

If you are using WhatsApp for instance, and you decide to give a friend’s chat a priority status (you can do that by simply long pressing on the chat and checking the “priority” option in the notification panel itself), it will always stay at the top. Moreover, the chat icon in your status bar will also display the person’s display picture/avatar making it stand out from other notifications. You will also see this on your always-on display. Google says priority chats can even break through a DND setting.

Android 11 will also bring Facebook Messenger chat heads-like “Bubbles” that will allow you to keep making these priority chats while multi-tasking without even opening the messaging app.

Android 11 will bring all your smart home controls directly inside the power menu. This will allow you to access (and control) all your smart home devices (powered by Google Home) by long pressing on the power button without even opening the dedicated app(s). The all new power menu will also house your digital payments and information such as your flight details acting as a “pocket” for your digital wallet, keys and more.

Android 11 will integrate your media controls with the quick settings in your notification panel. When fully expanded, all your music controls will appear at the top, above the quick settings, for easier access. Plus, a new button will also allow you to control your audio out if you have multiple devices connected to your phone.

Like Apple’s iOS, Android 11 will also let you grant apps access to your microphone, camera or location, just once. Next time these apps need access to these sensors, they will have to ask you again. Google says it will also auto-reset all the permissions you granted a certain app and then didn’t use it for an extended period of time.