While the next few months are likely to be crucial considering there can be no predictions on the behaviour of the virus, it all depends on how the crisis is managed. 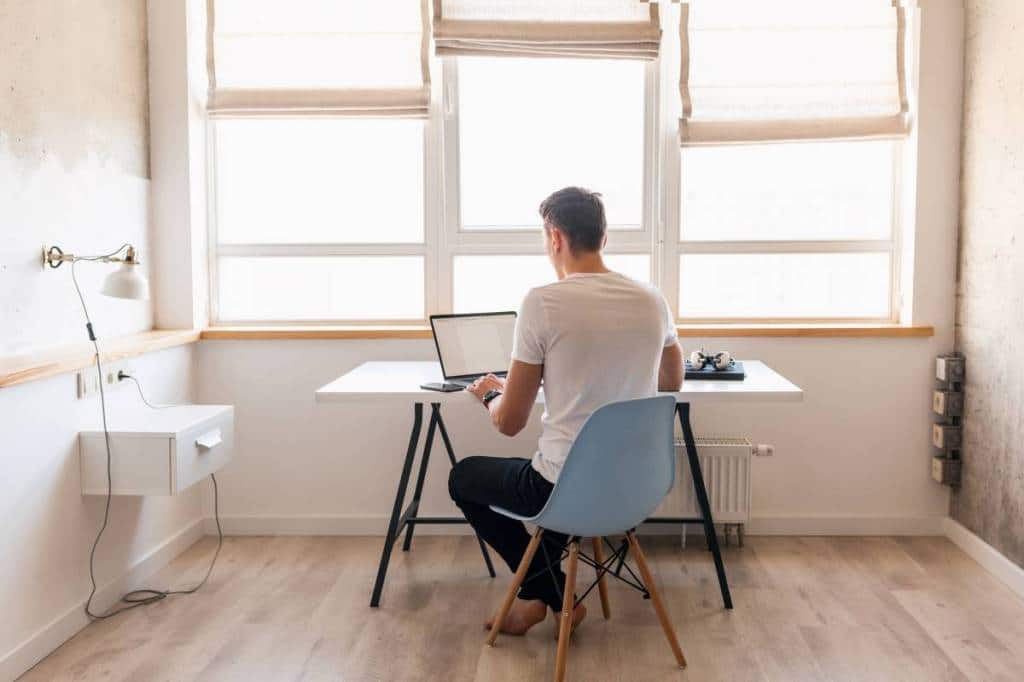 Gartner’s senior research director, Ranjit Atwal, said hybrid workforce is the future of work, with both remote and on-site part of the same solution to optimise employers’ workforce needs.

The Covid-19 outbreak in India and the resultant lockdowns have transformed the landscape of the country’s employment sector. While 2020 saw as many as 10.9 million jobs being lost across sectors, there were some sectors that witnessed an upsurge in hiring.

Sectors like healthcare and pharmaceuticals, ecommerce, and IT were the ones who majorly ramped up their talent pool and drove job creation. In the early days of the first lockdown, with an increasing number of people staying at home, working from home and shopping from home, there was an upswing in work volumes for e-commerce platforms.

This led to many e-commerce companies engaging more staff and delivery personnel to meet the rising demand, prompting a surge in hiring by almost 50%. For the pharma industry too, with a growth in demand for life-saving drugs, sanitisers, masks etc, the industry became largely immune to the economic slowdown. Recruitments in pharma rose by as much as 35% while those in IT rose by at least 15%.

More importantly, businesses that began leveraging digital channels for dissemination and of goods and services as well as hiring were thriving even as social and physical distancing became a big norm in daily lives.

Meanwhile, the most significantly impacted sectors have been the travel and aviation, hospitality, retail, manufacturing and automotive sectors. Hiring has severely been impacted for retail and services sector including travel, tourism, hospitality and logistics with a decline of nearly 20 per cent. In the early period of the first lockdown, these sectors experienced a heavy impact due to disruption in supply chains and the focus was largely on bringing the business to normalcy once restrictions eased.

Between the two waves, companies across all sectors showed some keenness on hiring employees after a year of lay-offs. From Q4 (2020) to Q1 (2021), a 15% increase in recruitments was observed across major sectors. According to some surveys, vacancies in January rose to 265,000 from 180,000 in December.

However, as the country moved into the second wave of the COVID pandemic, fresh employment generation started slowing down due to stalled economic activity. The second wave has been devastating, with a calamitous rise in the numbers of new infections in recent weeks.

While there were minor job losses in February and March, the second wave affected the labour market in April, eliminating at least 73.5 lakh jobs. Data from the Centre of Monitoring Indian Economy (CMIE) has showed the number of employees, both salaried and non-salaried, fell from 39.81 crore in March to 39.08 crore in April. In January, the number of people employed in India was 40.07 crore, as per the CMIE data. The employment rate fell from 37.56% in March to 36.79% in April, hitting/ a four-month low. As compared to Q1 of 2021, Q2 has been projecting a downward graph with unemployment levels increasing by 8% in the month of April as compared to 6.7% in the earlier quarter.

However, the second wave is showing a slightly different effect than what was felt during the last lockdown. On the plus side, salaried jobs in urban India are facing lesser impact as compared to last year because businesses have developed a certain amount of resilience. Also, many companies had already reduced their workforce significantly in 2020 and further reduction now will hamper their business negatively.

But one of the major highlights of the hiring and recruitment sector during the pandemic has been a seismic shift in working practices, with remote working becoming a dominant norm. Initially, the pandemic and social distancing rules pushed millions to work from home. However, eventually it accelerated a workplace experiment that is here to stay.

Now, well into the pandemic, the benefits of remote work are clearer for all companies. Most have realised the value they are bringing in terms of employee productivity, safety, saving on overhead costs and infrastructure and much more. Even post the pandemic, many industries are likely to consider hybrid models of remote work and office work.

While the potential for remote work will likely vary across geographies, occupations and activities, it will be the preferred choice of over 20% of the workforce. Besides, there will also be a growing demand for contractual jobs and freelance work with a growth in the ‘gig workforce’. With Gen-z and millennials likely to be the drivers of the work culture’s dramatic shift to working from anywhere, there will be a 15% rise in jobs of this nature. More importantly, those who are ready to upskill and reskill can seek employment as they are the key aspects during these tough times.

While the next few months are likely to be crucial considering there can be no predictions on the behaviour of the virus, it all depends on how the crisis is managed. All said and done, the country has been witnessing a tough job environment ever since the pandemic hit in March 2020.

But it is imperative that we remain positive. As they say, this too shall pass and we will emerge stronger from this crisis.

(The author is Chairman and Managing Director, Calibehr. Views expressed are personal and do not reflect the official position or policy of the Financial Express Online.)