An official, who works at Apple, told news agency PTI that the company is developing features for Indian customers, including maps and other products, creating over 4,000 jobs. 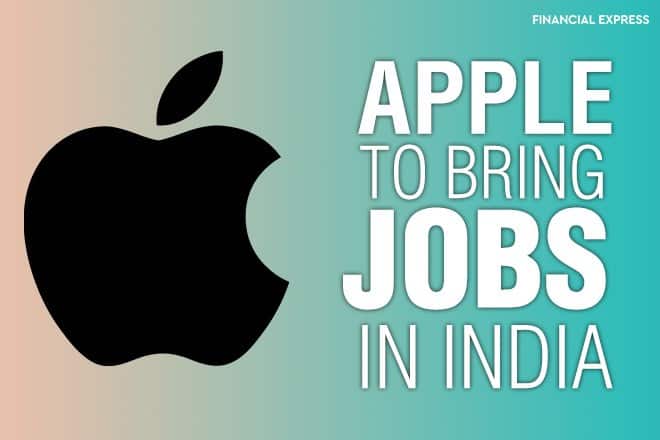 An official, who works at the US tech giant, told news agency PTI that the company is developing features for Indian customers, including maps and other products, creating over 4,000 jobs.

In what seems to be a potential good news for techies, smartphone giant Apple may soon bring 4,000 new jobs to India. An official, who works at the US tech giant, told news agency PTI that the company is developing features for Indian customers, including maps and other products, creating over 4,000 jobs. In 2017, the US tech giant launched a first-of-its-kind App Accelerator in Bengaluru and it has already trained thousands of iOS developers. iOS is the operating system that powers Apple’s suite of mobile devices. If someone wants to build mobile applications for iPhone, iPod Touch, or iPad for his company, he needs the assistance iOS developer to get started.

As per a PTI report, app developers in India have created almost 100,000 apps for the App Store, an increase of 57 per cent in 2016. Currently, there are 740,000 app economy jobs attributable to iOS and Apple believes this can increase substantially. “We began initial production of iPhone SE in May 2017 and couldn’t be happier with the progress our teams are making. Within the next six months, we plan to run our business in India on 100 per cent renewable energy,” the official familiar with Apple’s footprint in India was quoted as saying by PTI. “We’re expanding and developing features for Indian customers including support for Hindi dictation and new language keyboards on iOS11, support for local traffic in maps and up-to-date cricket scores and stats by simply asking Siri,” said the company official. He further said that a team in Hyderabad is focused on developing maps for Apple products. The same will create over 4,000 jobs.

For more information on the jobs at Apple, one may log on to its official website. “The people here at Apple don’t just create products — they create the kind of wonder that’s revolutionised entire industries. It’s the diversity of those people and their ideas that inspires the innovation that runs through everything we do, from amazing technology to industry-leading environmental efforts. Join Apple, and help us leave the world better than we found it,” the job sections of Apple Inc says at its official website.

“Apple is an equal opportunity employer that is committed to inclusion and diversity. We also take affirmative action to offer employment and advancement opportunities to all applicants. Apple is committed to working with and providing reasonable accommodation to applicants with physical and mental disabilities. Apple is a drug-free workplace,” it adds.