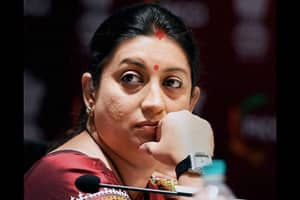 UGC has asked universities across the country to observe December 25 as ‘Good Governance Day’ amid the controversy over organising events on the occasion which requires physical presence of students in campus on Christmas.

However, in communication sent to all vice chancellors, UGC has made it clear the competition on oratory be organised before the universities and colleges go for Christmas vacation.

“…a competition on oratory be organised in such a manner that it does not disturb the Christmas holidays and all activities regarding this must be completed before the Christmas break of colleges and universities under your jurisdiction,” it said.

The communication, though, does not mention about a seminar in connection with the observence of the ‘Good Governance Day’, a communication on which has been sent by the Ministry to all central universities.

The Union HRD Ministry courted controversy over a circular by Navodya Vidyalaya Samiti (NVS) asking all its schools to observe December 25 — Christmas day — as ‘Good Governance Day’ that led to an uproar in Parliament.

While HRD Minister Smriti Irani maintained that schools would remain closed on that day, Congress threatened to move privilege motion against Parliamentary Affairs Minister Venkaiah Naidu and Irani, alleging that they had misled the Parliament over circulars issued to schools for events on December 25.