The shoddy state of start-up incubators in India

On January 16, 2016, Prime Minister Narendra Modi concluded the Start-up India conference in New Delhi, with an action plan for how to promote entrepreneurship and young enterprises in the country. 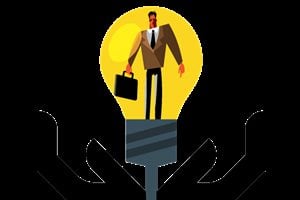 While tech talent is still concentrated in San Francisco, workers are already starting to flee in search of lower rents and higher quality of life.

On January 16, 2016, Prime Minister Narendra Modi concluded the Start-up India conference in New Delhi, with an action plan for how to promote entrepreneurship and young enterprises in the country. Now, more than the start-ups, it is the ecosystem that badly needs our attention today. If we want the ecosystem to sustain, there must be an appropriate economic incentive for every member for the ‘right’ reasons.

A key stakeholder we would like to bring to attention is the incubator. For those who studied medical sciences, it is an apparatus where infants are provided with a controlled, protective environment so that they can grow and develop their immunity. Taking this metaphor over to our case, the government (read, parent of the house) is paying the incubator (read, doctors) to provide an environment for the start-up (read, baby) where it can develop a robust business model (read, immunity against the external environment).

Let us now bring some sophistication in our argument. First, the prelude or why you need incubators.

In a study conducted by Joseph Eshun in 2004, incubators and the roles they played for the development of the economy were highlighted. First, they facilitate access to talent, technology and capital. Second, they are key institutions in lobbying with policy-makers for entrepreneurship. Third, incubators perform brokering activity, mediating between start-ups and resource providers. Finally, incubators act as a one-stop shop for start-ups, where they can get administrative assistance, time, discounted real estate, mentoring and practice their operations over and over again.

The second phase is to understand their status in India. According to the “Fuelling Entrepreneurship” report published by the Department of Science and Technology, there were 68 technology business incubators, 18 Science and Technology Entrepreneurs Parks (STEPs) and 38 business accelerators/incubators in the country as of 2014. In addition, according to the recently released Start-up India Action Plan, 35 new incubators are planned to be set up on a PPP basis and 50 new bio-incubators are planned to be established though the Biotechnology Industry Research Assistance Council (BIRAC).

But first compare these numbers to the nearly 98,000 businesses registered in the country in 2014, according to the World Bank, or the fact that there are over 3,000 business incubators in the US. Add to this, many of the existing ones are having an air of destitution around them and are struggling to stay afloat. The picture isn’t really as pretty any more!

What could be the reasons? We had discussions with multiple incubators and incubatees, and we observed four prominent reasons across the board.

1. Working capital: (Where is the cash?)

Incubators face significant working capital concerns as they have limited sources of funds besides government corpus and, in some cases, philanthropic donations.

The director of one Bangalore-based incubator mentioned that “we have working capital problems of our own. To manage self-financed incubators, we must constantly be on the lookout for donations or investments from our members. Typically, these are our member investors themselves. But such investments are few and occasional, and budgeting the cash flows based on these demands is taxing.”

On the other end of the spectrum lie incubators that are housed within academic institutions. The dean who overlooks the technology business incubator at one of north India’s most famous engineering colleges said that “our biggest concern is the inherent bureaucracy and, in most cases, their lack of understanding of our business. We have often been asked to show results and maintain a healthy financial statement. To do that on a large-scale is almost impossible. We acquire funds and grants in the name of start-ups, not ourselves. We typically survive on small fees and other budget allocations. In our case, the university has looked at the technology business incubator positively, but quite a few of my colleagues from across India face a completely different scenario. They are effectively competing against their campus placements—a challenge every such manager feels tied down when competing against. In fact, rarely do parents send students for starting a business, it is typically jobs they are after.”

2. Muted industry response: (Why should I support the new kids?)

The one-line response from the industry often is “why should you help your competitors?” The answer is simple—start-ups work in a different way than traditional businesses. If one works, learn from it, absorb it—don’t fight it.
“It is also imperative for them (industry) to ensure that they critique the problems they had to face and make the next generation of start-ups deal with newer problems,” said Sandeep, a graduated incubatee from NIT Calicut’s technology business incubator. He added that, 25 years ago, Kerala-based start-ups had to go to business houses, who would lend money to some founders philanthropically. “But, can the philanthropic model continue?”

3. Lack of non-monetary resources (No mentors, no training. Do what you wish)

Even if we keep aside the financial and mentoring aspects of the incubators, a lot still has to be provided by them. For instance, servers, electricity backup, high-speed internet connection (at least up to 10Mbps) and legal advisory. Without such services, the start-ups could typically end up allocating a lot of useful capital to activities that are not core to their business, constantly leaving them with little to remain afloat. Many incubators, especially academic institution based, do not have a full-time professional incubator manager. Many a times, it is a professor or a PhD student who doubles up into the role of managing the incubator. Thus, the administration of incubator suffers, and there is a lack of vision and a long-term strategy.

4. Bad location (Why should start-ups settle in the suburbs?)

Many of the university-based incubators located in non-metro cities face difficulty in getting mentors and industry connects for their start-ups due to the locational disadvantage. “An incubator has to be in a happening place, for both start-ups and mentors to access it, and for conducting quality networking events. “Consider the case of Microsoft Ventures in Bangalore, it is on MG Road, which is the heart of the city, you can’t have a better location than that”, said Arjun Pillai, co-founder of Profoundis, which has been part of multiple incubators and accelerators like Start-up Village Kochi, Microsoft venture accelerator and Start-up Chile. Can university-based incubators possibly think of renting a space in a more happening location rather than merely allocating a building within their premises?
Worse comes into the picture when government officials have tried to ‘help’ by providing land in remote areas for technology start-ups. It is nearly impossible for such a start-up to even avail basic IT infrastructure—let alone build the next Facebook. There is a huge reason why we hear start-ups from Mumbai, Gurgaon and Bangalore—not Manjlegaon, Gohana and Byasanagar.

In the end, policies are great. Momentum is better. However, the right people needed to drive the momentum is of utmost importance. Incubators are not just middlemen, they are the reasons start-ups exist in the first place.