The Monster.Com’s employment index, a monthly gauge of the country’s online job demand, rose 13 points to 191 in May this year, from 151 in the year-ago period. 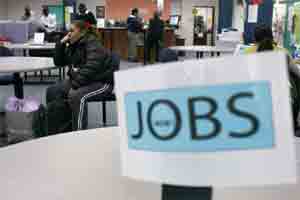 Those looking for a job are in for better times. Online hiring activity in India recorded a 26 per cent growth in May against the same month a year ago, signaling positive business sentiment among corporates, said a survey.

The Monster.Com’s employment index, a monthly gauge of the country’s online job demand, rose 13 points to 191 in May this year, from 151 in the year-ago period.

“This is a reflection of positive business sentiment despite the challenges at micro- & macro-economic level,” Sanjay Modi, MD, Monster.Com (India/Middle-East/South-East Asia/Hong Kong), said.

On a month-on-month basis, however, hiring activity remained stagnant. The index reading for May stood at 191 – the same level as that of April 2015, indicating that there has been no growth in online hiring activity between March and April 2015.

Of the 27 industry sectors monitored by the index, online recruitment activity exceeded the year-ago level in 17 groups. Production and manufacturing continued to lead on a year-on-year basis.

Meanwhile, online hiring activity improved for all of the 13 occupation groups tracked by the index.

Demand for arts/creative professionals continues to trend on a robust and positive growth path. The group registered a 56 per cent increase in opportunities from May 2014, the steepest growth among all.

All 13 cities monitored by the index threw up a positive online hiring trend on an annual basis.

Among major cities, Bangalore recorded the most notable year-on-year growth (29 per cent), followed by Mumbai (25 per cent), Hyderabad (23 per cent) and Delhi-NCR (22 per cent).