India’s ‘smart cities’ would be stupid without disaster strategy: TRFN 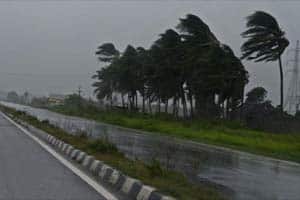 The lives of tens of thousands of residents had been spared as a result of a well-rehearsed mass evacuation to shelters – a lesson learned from long experience with floods, sea surges and strong winds from storms whipped up in the Bay of Bengal.

But as the city of 2 million people, commonly known as Vizag, gears up to become one of India’s first “smart cities”, officials admit much more must be done to help it cope with increasingly extreme weather – a challenge being recognised in many fast-growing metropolises worldwide.

“It is important for a city like Visakhapatnam to become climate-resilient,” said district administrative chief N. Yuvaraj, adding that local authorities and the Andhra Pradesh state government are working with a range of agencies to make that happen.

In the coming months, other cities across India will compete to join an ambitious $1.2 billion plan launched by Prime Minister Narendra Modi to improve quality of life in the country’s rapidly expanding urban areas.

The “smart cities” effort, in 100 cities across India, aims to create urban spaces where green, high-tech initiatives bring more efficient management of resources, including water and energy, and better services to citizens.

Public transport run on clean energy, solar-powered street lights and green buildings are important low-carbon concepts for these cities. But to be really intelligent, cities must also consider the impacts of climate change, government officials say.

“When we start talking about the management of cities, disaster risk reduction is one of the key aspects we speak about,” said Jagan Shah, director of the National Institute of Urban Affairs.

“(Smart) cities will have to revisit their disaster management plans because there is a tendency for the older plans to be reports which don’t really translate into action, as we have seen in some disasters,” he said.

Cities are unlikely to be selected for the scheme without a climate resilience strategy, he added.

The U.N. Intergovernmental Panel on Climate Change predicts rising global temperatures could cause an increase of up to 82 cm (32 inches) in sea levels by late this century due to melting ice and expansion of water as it warms, threatening coastal cities from Shanghai to San Francisco.

More frequent and intense extreme weather events are also expected, putting towns and cities in disaster-prone countries like India at greater risk. Many of its 1.2 billion people live in areas vulnerable to floods, storms and droughts.

Floods – like those triggered by unprecedented rainfall in the financial capital Mumbai in 2005, or last year in the Himalayan city of Srinagar, where hundreds died and tens of thousands were left struggling to survive – are likely to become commonplace.

And with the United Nations predicting that the number of people in India’s towns and cities will almost double to 814 million by 2050, municipalities need to work out now how to minimise deaths and devastation caused by disasters.

“We may not know when it will happen, what size or the intensity of the (climate change) impact. But one thing we know for sure is that it will happen,” said Bindu Lohani, vice president for sustainable development at the Asian Development Bank.

“We need to be prepared for that. You may build all the infrastructure you want, but then suddenly there is a flood and you lose everything.”
Floods in 2013 in the Philippines capital Manila shaved 2.3 percent off the country’s gross domestic product (GDP), said Lohani, while 2011 flooding in Bangkok caused Thailand’s fourth-quarter GDP figures that year to contract by 9 percent.

There are plenty of examples around the world to inspire India’s city planners, experts say.

For example, Hanoi’s municipal authorities have developed a programme to deal with sea-level rise that is putting pressure on dykes along the Red River.

As well as strengthening the dykes, it is helping officials monitor them and respond better when they are breached. River beds are also being cleared to ensure prompt flood discharge, and upstream reservoirs built to protect the Vietnamese capital.

In Bangkok, flood gates and embankments around the city and pumped drainage systems helped reduce the impact of floods in the centre in 2006, 2010 and 2011.

And in Bangladesh, a climate-linked insurance scheme run by charity Proshika covers residents living in over 2,000 slums against disasters in cities such as Dhaka.

A paper published by India’s ministry of urban development says “smart cities” will need to address a critical lack of drainage, which can lead to water-logging during monsoons, resulting in outbreaks of diseases such as malaria and dengue.

“Cities … need to adopt a storm water management approach,” it said, such as feeding runoff into lakes and other water bodies.

Vizag is one of only three places so far to have been selected by the government to become “smart cities”. The others are Ajmer in Rajasthan and Allahabad in Uttar Pradesh.

They will receive some funding from the central government but will need to generate much of their own capital, building partnerships with local and foreign companies to mobilise investment and technical assistance.

In Visakhapatnam, a centralised command centre is being set up to improve disaster response, and the city is using simulations to predict scenarios if sea surges caused by cyclones increase, officials say.

The administration, which has signed an agreement for support with U.S. firms, is also converting thousands of mud-and-thatch homes belonging to fishing families into concrete houses and revising building guidelines so that only glass fittings able to withstand high winds are installed.

Local residents welcome the policy to provide more resilient housing, but worry about access to basic services like clean water in the aftermath of a disaster.

“The government must help fishermen like me to build safe pucca (solid) houses … to make our city smart so that we do not suffer if a cyclone hits again,” said Arjilli Dasu, 43, who lost his home in the southern area of Gajuwaka when Hudhud struck.