Whenever someone mentions the phrase ‘talent crunch’, an agency’s recruiting angel loses her wings. The worst thing to happen to agencies still remains starting to lose talent to organisations and sectors that could have never been considered as… 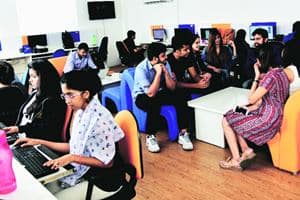 The bump in the hiring road was hit when agencies started responding to the new way of doing things, believes Nilanjan Roy, head of strategy, Times Business Solutions.

Whenever someone mentions the phrase ‘talent crunch’, an agency’s recruiting angel loses her wings. The worst thing to happen to agencies still remains starting to lose talent to organisations and sectors that could have never been considered as competitors before or to sectors that didn’t even exist before. How do you fix a problem you don’t fully understand?

Poachers now range from familiar peer companies to the tech heavyweights, the independents and the worst (and probably the most enticing to the young ‘uns) — the start-ups.

A talent crunch should have been the last of problems faced by advertising, media, social or digital agencies. These are the fashionably innovative personalities of the M&E industry that are charged with out-thinking their way out of most issues. One would assume that the talent leak would be sealed as soon as it was spotted. But unfortunately, agencies have been caught napping. To be fair, the e-commerce-digital technology cocktail has had that effect on a myriad of industries but losing talent to the newer sectors comes as a surprise for agencies which have been gearing up to handle these very businesses.

E-commerce, digital, social and technology have shaken up a lot of processes — both on the agency and brand side.

By the time the communication and expertise for execution in these fields was being expected from agencies, the agencies were busy building capabilities or better still, sub-contracting the work to specialist agencies. Remember, this was the time when ‘cool’ agencies were trying to make ‘digital first’ synonymous with their own name (they are still trying to).

The bump in the hiring road was hit when agencies started responding to the new way of doing things, believes Nilanjan Roy, head of strategy, Times Business Solutions. “The shift has been that from mainline modes, everyone has gone digital in both media and thinking,” he says. “There is a huge need for technological talent in the ad-tech space, which cannot come from the pool of people with traditional software experience because they are usually from an enterprise software background and do not have exposure to consumer digital media where most ad agencies operate. There is a gap to be addressed here.”

Consider how agencies started hiring chief talent officers (or an equally fancy HR designation), which was erstwhile unheard of. Clearly, network agencies are hoping to streamline the hiring process now more than ever. In the case of specialist agencies, the expertise is in place but they tend to lose people to bigger agencies or to digital marketing departments on the client side. More obviously, people walk out when they wish to have a ‘bigger company’ plastered on their CVs — all this is in addition to the remuneration aspect.

Zafar Rais, CEO, MindShift Interactive, says, “The better talent, the kind of talent that you are very keen to recruit in our industry, isn’t really using a Naukri.com or a Monster.com anymore. They are being found on the basis of the work they do or the platform they are on. Social media plays a big role here.”

In 2015, MindShift ran a recruitment campaign on WhatsApp, where it shortlisted eight people and hired two. This, however, was for internship positions. Another WhatsApp campaign saw three people being brought on board. Two of these were absorbed for digital marketing executive positions and the other as a digital marketing manager with one year of experience. The agency’s business director — sales, strategy and visual strategist at the senior level have been hired via social media as well.

But social media might not be the hunting ground for all types of agencies and the third party recruitment platforms that cater to all industries tend to bring in more chaff than wheat given the broad search base. Platforms such as Jobswitch (owned by afaqs!) play a big role in creating a channel between talent and agencies. The site sees anywhere between 500 to 1,000 positions advertised per month. Sreekant Khandekar, co-founder and director, afaqs!, provides that the site allows advertisers to filter it down to 20 to 30 relevant applicants.

“Within our sector, predictably, the greatest demand for people is from among digital agencies,” Khandekar explains.

“Their business is booming — but as with any boom, the problem is finding the right people. And there just aren’t enough — or good enough.” As an extension of Jobswitch, another talent search business was launched six months ago in response to client demand to hire for advertising agencies. Jobswitch will pitch to media companies next for their recruitment needs, Khandekar adds.

Where do they go?

The talent crunch in the agency space is the result of the transition phase the industry is in. Babita Baruah, SVP and head, PO1 Unit, J. Walter Thompson, believes this is part of a change that has to be dealt with by adaption. Some agencies have started looking outside of the ad industry, allowing for new thinking and experience. Digital and tech organisations are good hunting grounds as agencies scout for talent and expertise. “Both purpose and paychecks need to be addressed by the industry. Culture, new ways of working, dynamics of hierarchy as well as remuneration will play a key role in attracting and retaining talent,” she says. “Senior leadership has to self-motivate to a great extent. The industry can create forums of engagement and expression for the top rung.”

The exodus is of different kinds. It ranges from the young workforce moving across agencies to newer sectors to mid-level workforce branching off on their own, moving over to the client side or the stereotypical reason — for an appraisal.

Roy observes that the remuneration aspect can only be addressed to an extent. The reason agencies are not able to attract great talent is because revenue-wise, traditionally the thinking and conceptualisation of any production has been done in-house and so agencies have been able to maintain a healthy margin. However, with digital media, due to the lack of capability both conceptualisation and production are being outsourced, which is putting pressure on margins — impacting both the size of agencies and the talent they are able to afford. The production margins, in some cases, have come down to as low as 5% from earlier margins of 15%.

Heeru Dingra, director — HR and finance, WATConsult, believes the hard part is over. With vocational institutes training people in social and digital media, the issue of providing aspirants with proper training and a springboard is taken care of. WATConsult has an annual attrition rate of 8-15%. Exits are mostly at lower level, where employees leave either for further studies, explore newer avenues or start their own setup. As on date, out of the agency’s total staff strength of 270, it has 15 employees who have completed five years with the organisation. Higher level exits are mostly to peer agencies. WATConsult conducts regular Facebook, Google and YouTube training sessions in addition to internal training programmes across verticals, guest lectures and showcasing international case studies.

What do we do about it?

For talent to hit the ground running, at least for the mid level positions, it is crucial to maintain productivity, believes Rohit Suri, chief HR and talent officer — South Asia, GroupM. “First, our business is evolving and since we have to hire people with different skill sets today in digital, data, analytics, insights and technology, we have hired talent from outside of the media industry,” he informs. “Second, the strategy is to hire fresh talent and groom them.” The agency has an extensive campus hiring programme. It is looking to hire 53 interns for summer placements from institutes like JBIMS, MICA, NMIMS, IIMs and IIT. People for core roles in middle management typically come from within the industry. At the senior level, GroupM is launching LEAP, which has various assessments including 360 psychometric assessment, debriefs and one-on-one feedback sessions before they go into the actual classroom programme. “At the MD level, our focus is on individual development plans and to address the gaps we will nominate them for external programmes,” Suri adds.

Michelle Suradkar, Group HR Director, MullenLowe Lintas Group, notes that, “At a mid and senior level, talent is relatively stable. Within the industry, most churn happens at the junior level with people under 6 years of experience.” In addition to internships, in 2012 Lowe Lintas & Partners (as they were known then) launched the Lowe Lintas Apprenticeship Program (LLAP) which is an 18-month long initiative where selected Apprentices are trained on the job, in the classroom and work on a wide range of live projects. The second edition of the program which started in July 2015 is in the last phase and due to end in December 2016. For other vacancies, the HR team tracks, headhunts and sources talent and has a ready pipeline at all levels. The candidate database is proactively augmented from a variety of sources – job portals, social media, professional networking at industry events, leads from candidates, applications from the company website and internal job postings.

The focus then needs to be on grooming the talent that agencies already have before casting a fresh net. Initiatives such as Portfolio Night, IAA’s Knowledge Seminars and IAA Young Turks Forums bring talent and the leaders together giving them a chance to learn from each other. Because when the next digital-first, experience-loving, semi-groomed, young fellow leaves the agency, you will have to come to terms with the thought that it isn’t all for money.