Cheers for jobs seekers! Indian Railways mulling this big step to speed up recruitment process; see how to benefit

Good news for candidates looking for jobs in Indian Railways! With the Railways facing severe staff crunch, the state-run organisation will speed up its recruitment process, it has been revealed. 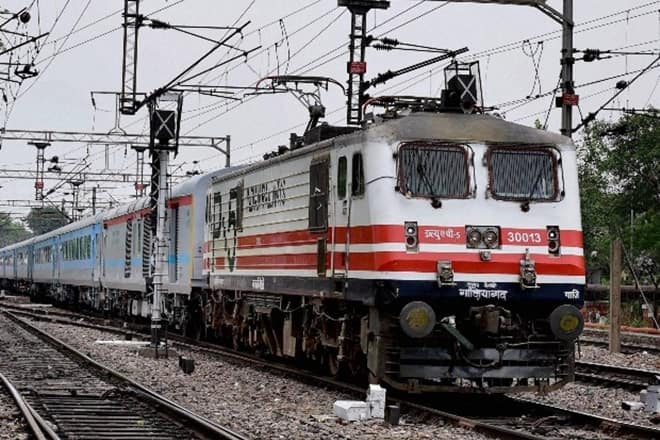 Good news for candidates looking for jobs in Indian Railways! With the Railways facing severe staff crunch, the state-run organisation will speed up its recruitment process, it has been revealed. (PTI)

Good news for candidates looking for jobs in Indian Railways! With the Railways facing severe staff crunch, the state-run organisation will speed up its recruitment process, it has been revealed. Railways is now planning to complete its hiring process in just six months from the date of application announced. As of now, the Railway recruitment process takes nearly 2 years to make appointments. The Indian Railways is also mulling to introduce online tests in a bid to shorten the process of hiring. The issue of being understaffed was raised by zonal heads in a meeting with Railway Board Chairman Ashwani Lohani on November 24. “The process of recruitment takes too long, taking almost two years since submission of application. Many candidates get alternative jobs, leading to the poor materialisation of indents (vacancy notice). With online tests etc the process should be speeded up,” general manager of Northeast Frontier Railway Chahatey Ram suggested in the meeting in the presence of 17 GMs. General managers have also pointed out that zonal railways should be allowed to place vacancy notices directly to the RRB instead of going to the Railway Board to “fast track” the process.

“Target to complete it within six months, ” Lohani said, asking the Railway Recruitment Board (RRB) to review the process. Setting a deadline till December 20, Railway Recruitment Board has instructed its departments to submit their proposals. The Railways has nearly 225,823 vacancies in Group ‘C’ and Group ‘D’ categories, for which it has announced many recruitment advertisements. In other departments, Railways has 122,911 vacancies in safety categories while 174,64 posts are vacant in loco running department ranging from drivers, guards, gangmen and other technical staff. Currently, the Railways has a staff strength of more than 1.4 million and its employees take care of the country’s 66,030 km of tracks, 10,773 locomotives, 63,046 coaches and 2.45 lakh wagons.

Earlier a study by World Economic Forum in 2015, has found that Indian Railways is in the 8th rank in terms employing people. The report had cited that 1.4 million staff is engaged with the railways.