All India JEE (Main) 2015: CBSE to declare revised list of ranks on July 8, check on jeemain.nic.in 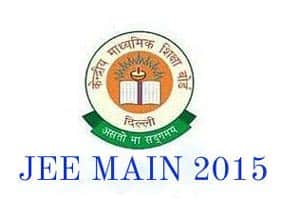 Thousands of students were left waiting for the counseling process for admission to IITs and NITs due to the delay in the declaration of the list.

The delay was caused after several states failed to provide Class 12 marks to the CBSE on time.

The Joint Seat Allocation Authority is conducting the counseling for admission to IITs, NITs and other centrally funded technical institutes.