The race for COVID-19 vaccine is red hot; Who’d breast the tape?

The race to the finish line to make a vaccine that works has been challenging because there are stringent rules that have to be followed. 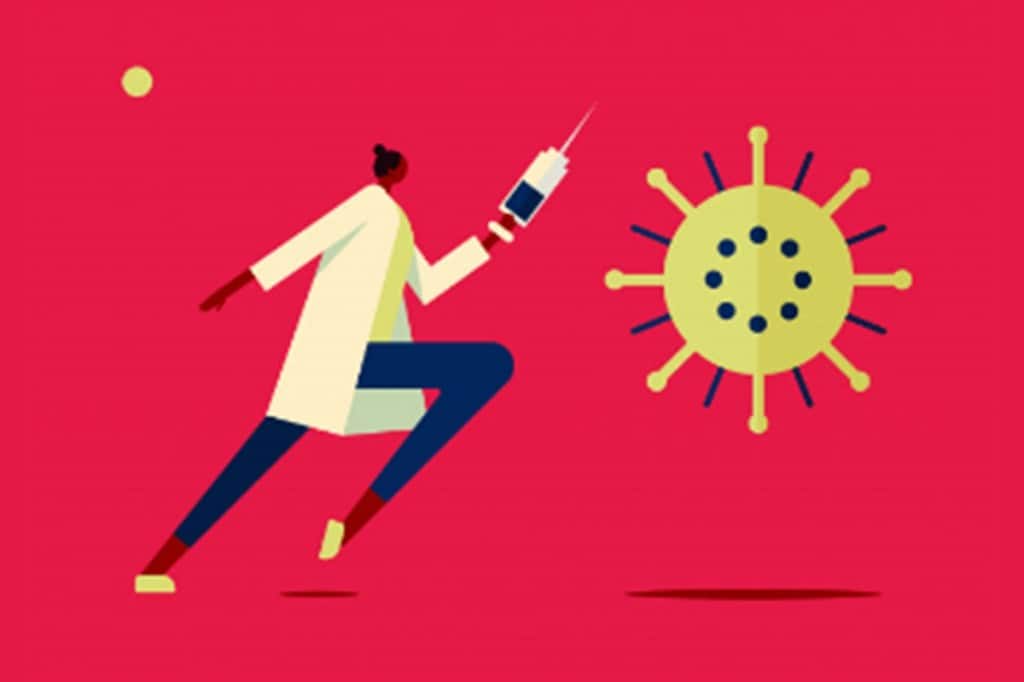 Never before has the world waited so eagerly for a vaccine.

Deaths due to coronavirus have crossed one million around the world. The race for a vaccine for coronavirus is on. Companies that have managed to recruit volunteers across the world in thousands are now leading the race. Pfizer (PFE), Moderna (MRNA), AstraZeneca (AZN) and Johnson & Johnson (JNJ) are among the top contenders for the vaccine.

While the four rivals work with their chosen partners and institutions, their approach to making the virus is slightly different, adding to the intensity of the competition of discovering the vaccine first. Pfizer is working with BioNTech, Moderna with National Institute of Allergy and Infectious Diseases, while AstraZeneca is collaborating with University of Oxford. Emergent BioSolutions has signed up with Johnson & Johnson for manufacturing services.

The race to the finish line to make a vaccine that works has been challenging because there are stringent rules that have to be followed. The variety of symptoms and severity of the diseases also makes it a challenge to evaluate the disease. According to the Food & Drug Administration (FDA), for the vaccine to be approved, it must be able to cut the number of symptomatic cases by half.

More than 130 companies around the world are trying to make a vaccine, according to the World Health Organisation.

Hunt for the elusive vaccine

Pfizer’s vaccine is expecting to complete part of its studies and be ready for emergency use by late October, subject to FDA approval.A coronavirus patient having only fever has also been included in the studies carried out. Around the world, it has been one of the most common ways the disease shown up in people. Pfizer has reached its target of enrolling 30,000 subjects and the trial has been expanded to include teenagers and people with specific medical conditions.

After a U.K. patient fell ill with neurological symptoms, AstraZeneca’s trial process was put on hold across the world. It started again in some countries after an independent safety committee found that the incident was not related to the vaccination. Its manufacturing partner, Serum Institute of India, is gearing up to produce the vaccine in large doses. Data from the phase III trials are expected to be available for evaluation sometime in October and if all goes well, and the regulatory approvals can be secured, the vaccine could be ready by the end of the year.

With 60,000 volunteers, J&J is working on the trials for a vaccine that can work in just one shot. Its trials are expected to get over by the end of the year. It is also trying to evaluate if it can help curb the spread of the virus. While it is lagging behind the others by nearly two months, the promise of a single-shot vaccine could make its product much better than rivals. The studies are being carried out in locations like Brazil, Mexico, South Africa, and the U.S. It is also working on a two-dose regimen for some countries, which can be administered after a gap of two months.

Moderna was among the first companies to announce the circumstances under which the trial could generate early efficacy results. It has 25,000 volunteers enrolled for its study, a steady progress after it enrolling the first volunteer on March 16. It filed a statement with the SEC, which read “…commercially-available vaccine is not likely to be available for at least 12-18 months, it is possible that under emergency use, a vaccine could be available to some people, possibly including healthcare professionals, in the fall of 2020.”

As the world waits for a vaccine to cure the catastrophic pandemic, it should come as no surprise that the pharmaceutical sector showed a steep rise in anticipation for the trials to begin. Moderna share prices more than tripled – reaching a peak of $94.85 on 17th July, while Novovax (NVAX) surged over 1200%.

This stark surge in prices could result in a devastating crash if the companies don’t show promising progress. There lies the inevitability of bumps in the road for the sector, where efficacy or safety issues can arise at any point in the developmental process. Last Monday, Inovio (INO) announced that the vaccine trials would be delayed due to regulatory issues after which stock prices tumbled by over 28%. Moderna and Pfizer face delivery issues for procuring a booster shot before the vaccine is given. Additionally, post developmental issues involving the federal government ruling on the vaccine produced and the distribution laws behind it.

The performance of the vaccine stock is uncertain and solely depends on the success of the vaccine trials and how fast the companies can scale up the production after obtaining regulatory approvals.

However, irrespective of who wins the race – the world is certainly waiting for the vial of the vaccine with bated breath.