US stocks tumble after US inflation rate races to 8.6% in May

The Consumer Price Index measures the change in prices paid by consumers for goods and services. 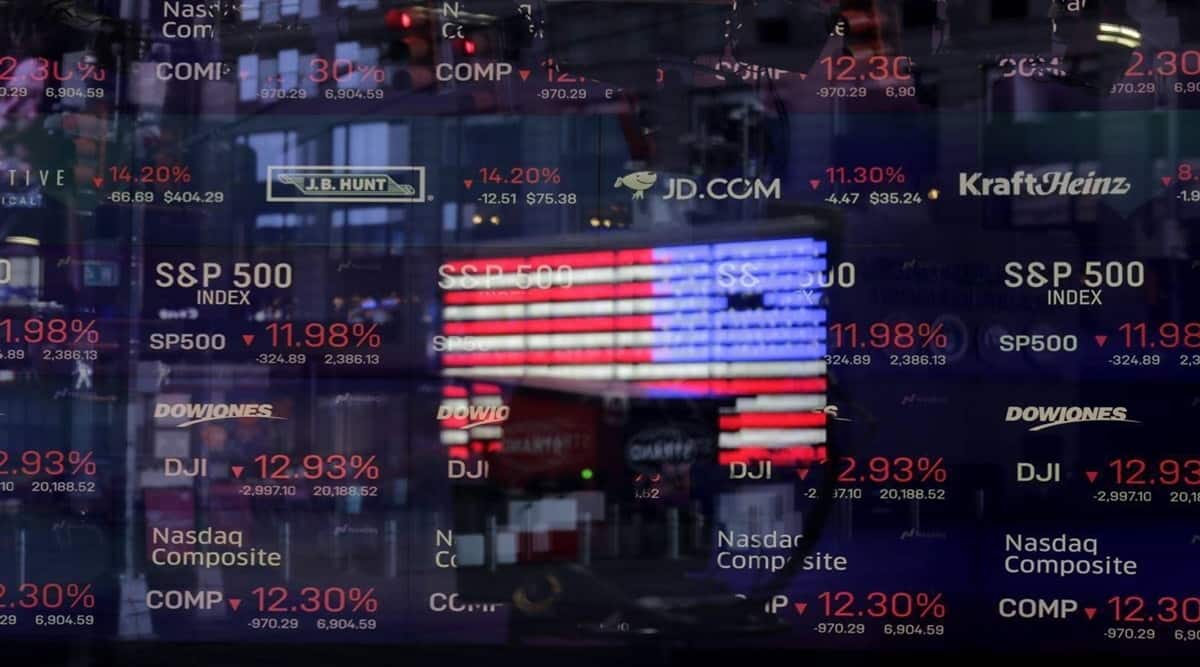 The all urban consumer group represents about 93 percent of the total U.S. population.

US stocks are in deep red with S&P 500, Dow down by over 2 per cent and Nasdaq Composite lower by almost 3.75 per cent. The US inflation rate for May 2022 has been announced and is 8.6 per cent for May 2022. And, the US stocks are falling like nine-pins. Dow 30 is down by nearly 800 points while Nasdaq Composite slumped almost 400 points during the first half of the trading session.

US Stock futures were trading lower on Monday with futures contracts of all three leading indices in red. S&P 500, Dow 30 and Nasdaq futures were all down over 2.5 per cent.

Also Read
AMTD Digital, a just-another meme stock with market-cap falling by $100 billion in one day?
US Stock Market: Is it the right time for long term investors to invest now?
Nasdaq 100 Monthly Returns: Top gainers of tech-heavy index in July 2022
Monthly Trading Strategy: Is there such a thing as monthly market trends?

The increase was broad-based, with the indexes for shelter, gasoline, and food being the largest contributors. After declining in April, the energy index rose 3.9 percent over the month with the gasoline index rising 4.1 percent and the other major component indexes also increasing.

The food index rose 1.2 percent in May as the food at home index increased 1.4 percent. The index for all items less food and energy rose 0.6 percent in May, the same increase as in April.

While almost all major components increased over the month, the largest contributors were the indexes for shelter, airline fares, used cars and trucks, and new vehicles. The indexes for medical care, household furnishings and operations, recreation, and apparel also increased in May.

The all items index increased 8.6 percent for the 12 months ending May, the largest 12-month increase since the period ending December 1981. The all items less food and energy index rose 6.0 percent over the last 12 months.

Investors were already closely watching the US inflation reading. An upside surprise was considered to be a setback for both the Fed and markets, raising doubts about how well rates are working to tame inflation.

Unless there is clear and convincing data that inflation in the US has been managed well and could pause, the markets are going to be volatile. Yesterday, S&P 500 closed down 2.4% in the biggest one-day drop in three weeks while the tech-heavy Nasdaq 100 also underperformed, with Apple Inc., Meta Platforms Inc. and Amazon.com Inc. all down more than 3%.

All eyes will now be on the next US Fed meeting. “The Fed meeting next week, the results of which will be known to by June 14th evening, is also a major event the market is looking forward to, and most analysts expect a hike of 50 bps in the base rate by the Fed.,” says Dr. Joseph Thomas, Head of Research, Emkay Wealth Management

Other than inflationary concerns, the global economy also remains the area that investors will focus on. “China’s latest attempts at reopening the economy post-lockdowns and easing restrictions on tech companies will help trigger a rebound. As we have seen in the past, any positive or negative sentiments can change the market trend, although how meaningful those rallies can be is another matter”, says Kunal Sawhney, CEO of Kalkine Group.

The Consumer Price Index (CPI) measures the change in prices paid by consumers for goods and services. The CPI reflects spending patterns for each of two population groups: all urban consumers and urban wage earners and clerical workers.

The all urban consumer group represents about 93 percent of the total U.S. population. It is based on the expenditures of almost all residents of urban or metropolitan areas, including professionals, the self-employed, the poor, the unemployed, and retired people, as well as urban wage earners and clerical workers.

Not included in the CPI are the spending patterns of people living in rural nonmetropolitan areas, farming families, people in the Armed Forces, and those in institutions, such as prisons and mental hospitals. Consumer inflation for all urban consumers is measured by two indexes, namely, the Consumer Price Index for All Urban Consumers (CPI-U) and the Chained Consumer Price Index for All Urban Consumers (C-CPI-U)

More Stories on
US Federal Reserve
us stock market