Nubank has won plenty of interest among investors both inside Latin America and outside. Notably, Warren Buffett has emerged as a fan of the company 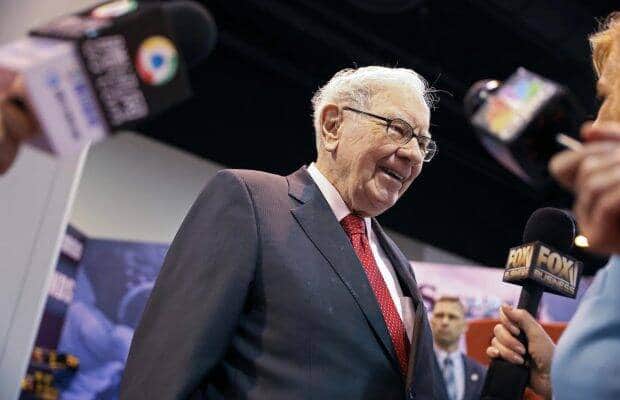 The fintech landscape is growing exponentially as the world continues to embrace digital transformation following the Covid-19 pandemic. (Image: REUTERS)

Brazilian fintech Nubank is sizing up a landmark IPO in a dual listing that’s set to bring a company valuation of as much as $41.5 billion. The move is likely to turn Nubank into the world’s most valuable digital bank as well as Latin America’s largest financial institution, but what does the listing mean for the wider fintech landscape and the company’s growing list of rivals?

In a year that’s already played host to a range of high-profile fintech listings like Robinhood and Coinbase, the arrival of Nubank is set to see 2021 out with an astronomical debut.

The growth of fintech has already accelerated at a blistering pace across 2021 as the industry continually evolves in the wake of the Covid-19 pandemic and the widespread push towards digital transformation that came with it.

Nubank has won plenty of interest among investors both inside Latin America and outside. Notably, Warren Buffett has emerged as a fan of the company, with his Berkshire Hathaway investment firm pumping some $500 million into the fintech in its June 2021 fundraising round.

According to Financial Times figures, Nubank is rivalled by only the UK-based Revolut in terms of VC funding round valuations. With this in mind, what can we expect from Nubank’s upcoming IPO when it finally arrives?

How Big will NuBank’s IPO be?

So, what do we know about Nubank’s IPO already? The company filed its paperwork on the 27th October 2021 for its New York Stock Exchange IPO with the debut itself reportedly set to take place before the end of the calendar year.

Following on from Buffett’s conspicuous backing of the company earlier in the year, it may be that the Wall Street icon has a swift success on his hands. Nubank obtained a valuation of $30 billion upon its Berkshire Hathaway-driven fundraising round in mid-2021.

Although the company recently scaled back its ambitions towards a $50 billion market cap for $41.5 billion to account for the current market uncertainty, the challenger bank’s sustained growth means Buffett could feasibly see his firm’s investment doubled as conditions become more favorable and Nubank holds its rate of growth.

Nubank will undergo a dual listing in both the US and its native Brazil. The company is looking to raise as much as $3.2 billion from the listing through the distribution of some 289 million shares at a price of between $8 and $9 each. This would place a company valuation of some $50 billion as a reasonable target for the challenger bank.

Furthermore, the underwriters for the listing will be Morgan Stanley, Goldman Sachs, Citigroup and various other major financial players.

In the company’s most recent round of funding, Nubank attained a company value of $29.3 billion in the wake of its $750 million Series G round in June 2021. This figure represents a massive increase on the $9.6 billion valuation the company attained in a 2019 fundraiser that generated $400 million.

For context, the largest financial institution in Latin America, Itau Unibanco, has a market cap of around $37.4 billion at the time of writing. This means that Nubank could afford to fall short of its debut valuation expectations by $10 billion and still boast the biggest market cap across the continent’s major players in finance.

However, in an ever-growing fintech ecosystem, it’s likely that the biggest threats to Nubank’s stock price won’t come from traditional finance, but from fellow challenger banks and financial services platforms.

The Rise and Rise of Fintech

The fintech landscape is growing exponentially as the world continues to embrace digital transformation following the Covid-19 pandemic. Although this has helped institutions like Nubank experience a significant rise in new users, it’s also fuelled the rise of major rivals across the industry.

Venture capital funding for fintech firms soared beyond $30 billion in Q2 of 2021 when such figures had never surpassed $10 billion per quarter prior to 2019.

Such seismic global growth means that despite angling for a record $50 billion valuation in its upcoming IPO, Nubank isn’t even the largest private challenger bank on the market.

“Overall, despite a potential valuation of more than $50bn, the company has growth potential. Latin America has a population of more than 650 million people, where a fairly high proportion of the population is unbanked, giving the company an opportunity to continue to grow at a high rate. On average, Nubank adds 2 million customers a month, which is quite high” explained Maxim Manturov, head of investment research at Freedom Finance Europe.

“The bank’s addressable market is estimated to be $269bn by 2025. Given its leading market position, rapidly growing customer base and introduction of new products the company will continue to grow its base and revenues at a rapid pace” he added.

The Push for a Successful Landing

One of the key challenges that Nubank may face revolves around the drumming up of investor interest after a string of underwhelming listings across the fintech landscape.

Despite a widely anticipated IPO in July 2021, online brokerage Robinhood has so far failed to live up to expectations and has shed 19.6% of its launch value following its arrival on the Nasdaq.

Meanwhile cryptocurrency trading platform Coinbase has also endured an erratic start to life following its April Nasdaq listing, with its share price plummeting 34.4% in the space of a month before a recent recovery began to close the gap.

However, while these other major fintech players had been impacted by wider cryptocurrency markets and threats of regulation from both the SEC and international governing bodies, Nubank suffers from no such uncertainty.

The platform has even recently launched its NuSócios program that’s designed to provide its customers with the chance to hold a stake in the company in the form of Brazilian Depositary Receipts (BDRs) – helping to improve financial inclusivity and literacy.

For a company that was founded in 2013, Nubank’s growth has been astonishing. Despite it being very difficult for market leaders to position themselves at the pinnacle of the ever-evolving fintech industry for long periods of time, Nubank’s progress and measured approach to its listing should be a cause for optimism.

(Dmytro Spilka is a technology and finance writer based in London. He is the Founder of Solvid and Pridicto. Views expressed are the author’s own.)