The Nasdaq 100 is down about 31% so far this year, wiping trillions of dollars in market value, as investors reassess the post-pandemic value of many business models. 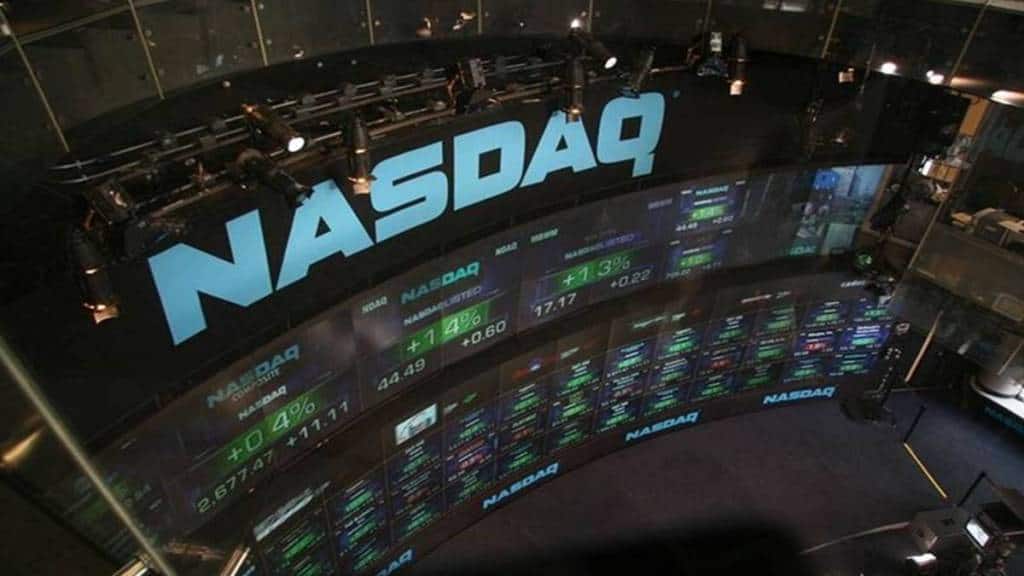 Inflation is driving up costs, while a stronger dollar is weighing on profits and the threat of recession is growing.

Bloomberg: The great tech selloff of 2022 is far from over as investors brace for earnings misses that may spur a more than 10% plunge in the Nasdaq 100. More than two-thirds of 914 respondents in the MLIV Pulse survey think the profits of the technology companies will disappoint the market throughout 2022. Firms including Alphabet Inc.’s Google are at risk of advertisers cutting spending as the global economy struggles while streaming services including Netflix Inc. face an exodus of price-sensitive subscribers with consumers tightening their belts.

The Nasdaq 100 is down about 31% so far this year, wiping trillions of dollars in market value, as investors reassess the post-pandemic value of many business models. Interest-rate hikes are hitting stocks and diminishing the value of their future earnings. Inflation is driving up costs, while a stronger dollar is weighing on profits and the threat of recession is growing. Retailers such as Amazon.com Inc. are finding some of their direct responses to the Covid-19 pandemic — such as massive investments in warehouses and workers to pack products in them — are coming back to bite them.

Apple Inc. said it will raise the price of its App Store purchases across Asia and countries that use the euro, as the value of foreign currencies collapses relative to the dollar. Microsoft Corp. lowered its forecast because of the currency’s strength in June. And in July, Sony Group Corp. warned investors about the impact of the global economic slowdown, especially in Europe, and the adverse effects of the strong dollar on its financial results. The Bloomberg dollar index, which tracks greenback’s performance against 10 leading global currencies, has set a new record since those announcements were made.

Tech’s earnings are projected to lag the S&P 500 in the third and fourth quarters. Info tech’s earnings per share are estimated to fall 6.6% year-over-year in the third quarter, compared to a 3.2% gain for the overall S&P 500, according to Bloomberg Intelligence data. The Nasdaq 100’s 12-month forward EPS has dropped about 2.9% since June 1, compared to a 0.8% drop for the S&P 500.

Meanwhile, retail and professional investors are also bearish on the metaverse. More than 70% of MLIV Pulse respondents said they knew what the metaverse was but that it won’t change the way they interact with people and businesses over the next two years. The sentiment sits awkwardly with how Mark Zuckerberg described the metaverse’s potential. It’s “the next frontier,” he said when the billionaire changed his company’s name from Facebook to Meta Platforms Inc.

His company said that investments in Reality Labs, the Meta division that makes hardware such as virtual-reality headsets, reduced operating profit by $10 billion in 2021. Computer-graphics chipmaker Nvidia Corp. wants its Omniverse platform to power some of the underlying framework for the metaverse, as does software-maker Unity Software Inc. Innumerable technology companies, both massive and minuscule, have big ambitions for the metaverse. Yet despite the grand promise from industry leaders, MLIV respondents are muted in their enthusiasm for its potential.

Also Read: Buy, Sell or Hold? How bullish are analysts with their ratings on S&P 500 stocks – Find out

On the bright side, technology companies that focus on sustainable and power-efficient products are likely to benefit from the unprecedented energy crisis in the wake of Russia’s invasion of Ukraine. After Russia restricted natural gas supplies to heavily-reliant neighbors, electricity prices surged to record levels, and governments are fighting off a potential economic collapse.

Investors see high power bills and scarcity of fuels boosting the development of green solutions. Retail players were the most optimistic, with 63% of respondents saying they believed a gas-and-oil crisis would encourage the development of sustainable electronics. Sixty percent of professional respondents agreed.

“If we had invested more in energy efficiency, and invested more in renewable energy, then we would be in a better position,” Rachel Kyte, the dean of the Fletcher School at Tufts University, said in a Bloomberg TV interview.

“The nearly 5x surge in European gas prices over the past 12 months is providing a nice tailwind for clean energy equipment suppliers with companies like SolarEdge or Enphase on track to boost sales by more than 50% this year,” said Bloomberg Intelligence Senior Clean Energy Analyst Rob Barnett.

Respondents are somewhat more sanguine when it comes to their positioning. About a third said they planned to increase their exposure to tech stocks, just under a third said they’d reduce it, and the rest said they’d hold steady over the next six months. Tech remains attractive on some metrics, such as the current price-to-earnings ratio compared to its 10-year average, while companies like Apple are still big cash generators. More generally, it’s hard to avoid tech — the S&P 500’s biggest sector by far at almost 27%.

Follow us on
Latest News
Your Money: Buy corporate bonds in a public issue
Health Insurance: Can pay premiums on monthly basis
Tech makes city commuting smart & hassle-free
Rapz Active 786 Smartwatch: This promises freedom from wires
Samsung Galaxy Buds2 Pro: Everything but the price sounds good
Your queries: Income Tax- Need to disclose property sale in ITR even if there’s no capital gain
Mutual funds: Hold on to your arbitrage funds
Photos
Dazzling & Astounding! Proposed design of the to-be redeveloped Dakaniya Talav Railway Station in Rajasthan-PHOTOS
1 day agoNovember 5, 2022
Heart-wrenching! Here is a look at Morbi and the suspension bridge that collapsed
6 days agoOctober 31, 2022
In Pictures: PM Modi in Kargil to celebrate Diwali with soldiers, says, ‘All of you have been my family for years now’
2 weeks agoOctober 24, 2022
Read More
×
Road to profitability: Get back to the innovation game
Interview| Blueprint for innovation: India hub for skilled talent, says Infor CEO
How new-age Indian tech companies like Paytm have aligned with global counterparts to keep ESOPs out of EBITDA
Last total lunar eclipse for three years arrives Tuesday
Reliance set to acquire METRO Cash & Carry India in 500 million euros deal
Passenger plane crash-lands into Lake Victoria in Tanzania