Owning shares of Apple from India is possible by opening a foreign trading account with an international brokerage firm. 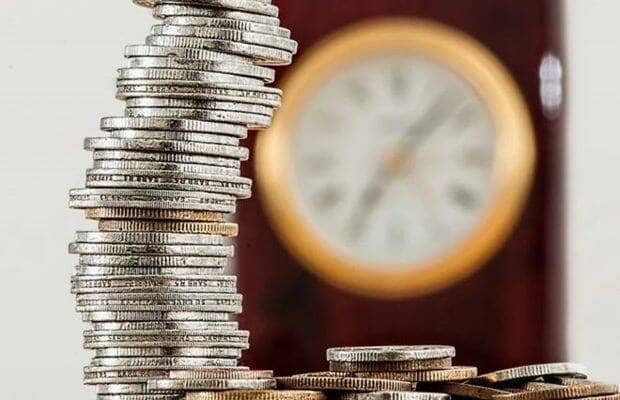 The share of Apple is up by almost 35 per cent year-to-date and 47 per cent over the last 1 year.
Market capitalization of Apple is nearing a historic milestone of $3 Trillion. Currently, one share of Apple trades around $179.84 at a market cap of nearly $2.94 Trillion. The shares of Apple are traded on the NASDAQ Global Select Market under the ticker symbol AAPL and in INR, the price of Apple share is about Rs 13,425.

The stock price of Apple will touch a market cap of $3 Trillion, the moment it crosses $182.85 and will become the first company to hit the $3-Trillion market cap. The share of Apple is up by almost 35 per cent year-to-date and 47 per cent over the last 1 year.

Also Read
Warren Buffett’s Berkshire Hathaway share price over $4,21,000; Nasdaq can’t take a rise for long
Nasdaq 100 Vs Nasdaq Composite Index: Performance and differences – Explained
How to invest in US stock market from India: All that you need to know about process, rules
US stocks to buy now and hold them for long term: A simple guide for beginners

Some of the recently launched products from Apple include iPhone 13 Pro, iPhone13, Apple Watch Series 7, and the new iPad mini and iPad not to mention its accessories like the Apple Watch and AirPods. The news around the launch of an augmented reality product could be the game changer, as and when it becomes a reality in the market.

In October 2021, the company had announced financial results for its fiscal 2021 fourth quarter ended September 25, 2021. The Company posted a September quarter revenue record of $83.4 billion, up 29 percent year over year, and quarterly earnings per diluted share of $1.24.

Owning shares of Apple from India is possible by opening a foreign trading account with an international brokerage firm. In addition to completing the KYC formalities, you will have to undergo the LRS process to adhere to the RBI rules on foreign exchange. Once the account gets opened, which could happen in less than a week, one may buy Apple shares or buy top US stocks through the Fractional Investing route even for an amount as low as Rs 500.

Analysts and global investors are keeping a close watch on several areas in the company including upcoming holiday iPhone sales, AR and VR headsets, cash flows, stock buybacks among others. Going into 2022, Apple is expected to remain a preferred mega-cap US stock to hold in one’s portfolio and a top stock pick for 2022. Even if there are dips and corrections in the stock in the short to medium term, it may be used as an opportunity to add the shares in the long term portfolio.

Disclaimer: The investing decision in this or any other stock should be taken on your own after carefully evaluating the business and other fundamentals of the company or after consulting one’s financial advisor. It is not a recommendation to buy, hold or sell in any of the stocks. Financial Express Online does not bear any responsibility for their investment advice.