Financial Express Online has reported earlier that Illegal, in the Indian Ocean Region (IOR) Unregulated and Unreported (IUU) fishing is one of the biggest non-traditional global maritime security threats. 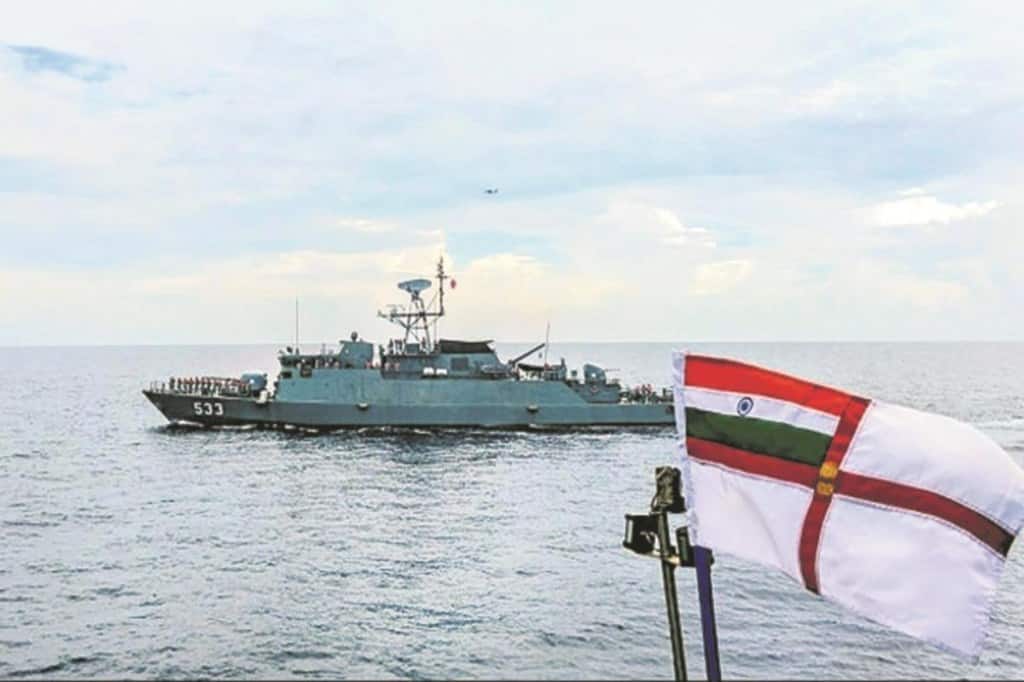 Almost 70 per cent of India’s trade transits through sea lanes and it is very important to secure these lanes at all times and ensure there are no illegal activities in the waters. (Photo source: PTI)

With the focus on “Blue Economy’’ and securing 7,516-km coastline including island territories and a two million sq km exclusive economic zone, the government has decided to have a national maritime security coordinator (NMSC).

Financial Express Online has reported earlier that Illegal, in the Indian Ocean Region (IOR) Unregulated and Unreported (IUU) fishing is one of the biggest non-traditional global maritime security threats. There is a depletion of fish in the sea, it is a matter of concern to the countries in the region including India.

There has been an increased presence of the Chinese fishing vessels as well as research vessels which are currently operating in IOR, and this is a matter of maritime security concern.

Almost 70 per cent of India’s trade transits through sea lanes and it is very important to secure these lanes at all times and ensure there are no illegal activities in the waters.

The office of the NMSC will be responsible for coordinating between the State and Central authorities dealing with the maritime affairs from the coastline to the high seas.

He will be responsible for coordination among various agencies including various Central Ministries like the Ministry of External Affairs, Defence, Home, Fisheries, as well as others. State governments along the Indian coastline, Intelligence agencies, Navy, Coast Guard, Customs and Port authorities.

Will the setting up of a National Maritime Security Coordinator therefore augur a coming of age in our maritime perspective thinking?

Sharing his expert views with Financial Express Online, Indian Navy veteran RAdm Vineet Bakhshi says, “In the 1890s, Capt Alfred Mahan, analysed the importance of naval power to promote international trade and its importance to the economy. It was a view echoed by Pandit Jawaharlal Nehru too, who said “By and large it can be said that even in the past and remote ages, it was the seafaring nations that prospered, prospered both from point of view of power and wealth due to trade and commerce” .

“True, there are a disparate and myriad collection of agencies, with overlapping and at times dysfunctional working, which are responsible to provide security to our maritime and coastal assets. Therefore will an NMSC, a single officer, perhaps with some staff and communication facilities, be able to drive and change a mindset where our Defence budget is pegged below the 3% GDP mark? Where Research and Development is not a priority? Is the NMSC the forerunner to better maritime thought?” he observes.

According to the Indian Navy veteran, “The NSA recently highlighted the socio-economic dimension as the greater security threat. When seen through the maritime prism, it makes eminent sense, leaving aside the cross-border terrorism and unsettled border issues, when about 70 per cent of our trade is through our ports. Our principal adversary China has a substantial part of its USD 4500 billion trade through the Indian Ocean region, particularly the energy imports, making it susceptible to interdiction, and therefore a powerful lever in the event of a conflict.”

What is the immediate role of NMSC?

“The immediate role of the NMSC consequently appears to be to revive the initiatives of the past like the nascent State Maritime Police Forces, coordination and to supply maritime perspective thinking to the political leadership. That we will truly become a truly seafaring nation, only time will tell,” RAdm Bakhshi says.