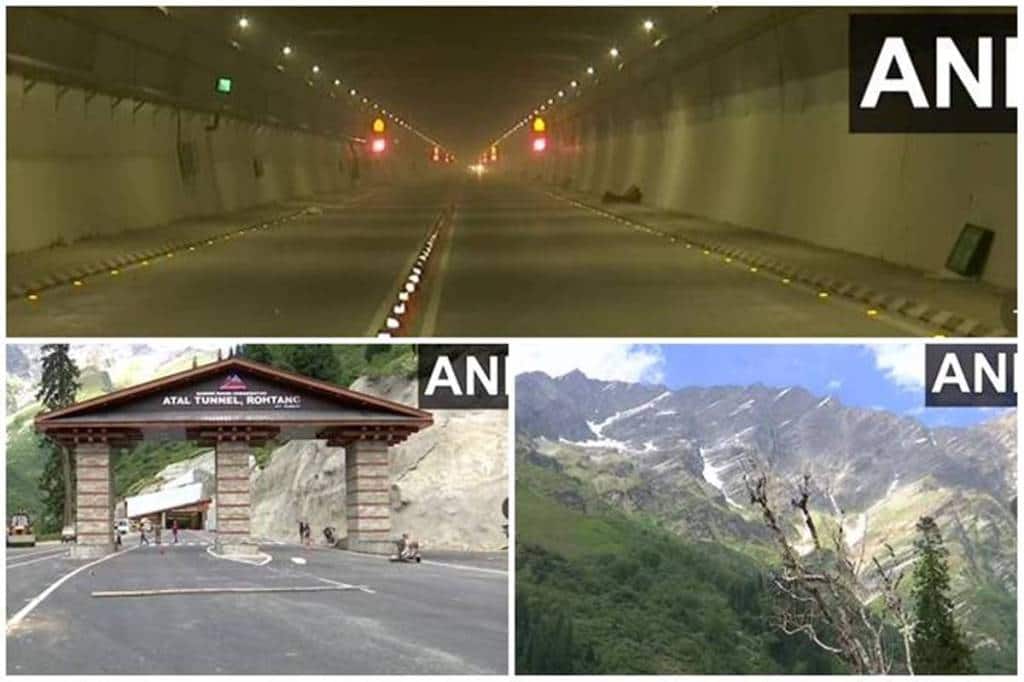 The 8.8 kilometre long, Atal Tunnel will be one of the longest road tunnels in India. (ANI)

Rohtang Tunnel Project: The world’s longest highway tunnel above 10,000 feet, Atal Tunnel, connecting Manali to Leh, is likely to open soon! It is being said that the ambitious infrastructure project will be inaugurated by Prime Minister Narendra Modi in the last week of September. The strategically important infrastructure project, the Rohtang Tunnel has been named after former PM Atal Bihari Vajpayee. It has been built at a cost of around Rs 3,200 crore. According to KP Purushothaman, Chief Engineer of the project, the estimated period for completion of the Atal Tunnel was less than six years but it was completed in 10 years, ANI reported.

The 8.8 kilometre long, Atal Tunnel will be one of the longest road tunnels in India. Under Rohtang Pass, the strategic road tunnel project is being built at an elevation of 10,171 feet. Once the ambitious tunnel project is thrown open to the public, there will be a reduction of nearly 45 kilometres between Manali and Lahaul- Spiti’s administrative centre Keylong.

A few months ago, it was reported that the Himachal Pradesh state government is cooperating with ITBP in order to set up helipads in areas/regions bordering the neighboring country China. The move is expected to improve activities as well as access in the border areas.

Also Read
Modi government creates record! Completes construction of 534 kilometres National Highway in one week; details
Mumbai to Nagpur in 8 hours with super communication expressway on which fighter jets can land! 10 cool facts
Highway construction pace to be 38 km a day over next 25 months
Trends that will transform the logistics industry in 2023

It is expected that the strategically important Atal Tunnel will save crores of rupees in transport costs. Earlier, the officials of BRO had informed that the tunnel project was in a critical stage of development as the construction works including the installation of electro-mechanic fittings, Intelligent Traffic Control Systems, ventilation, road surface works, lighting, etc., were being executed.

Apart from the strategically important Atal Tunnel, another infrastructure project is being developed as well, which is a steel super structure bridge of 100 meter length, across the river Chandra on the North Portal of the Rohtang Tunnel.