Atal Tunnel: How world’s longest tunnel above 10,000 feet at Rohtang pass will make use of automation solutions

The tunnel will have the technology to monitor local and remote connectivity, ventilation, lighting, fire safety systems and power distribution. 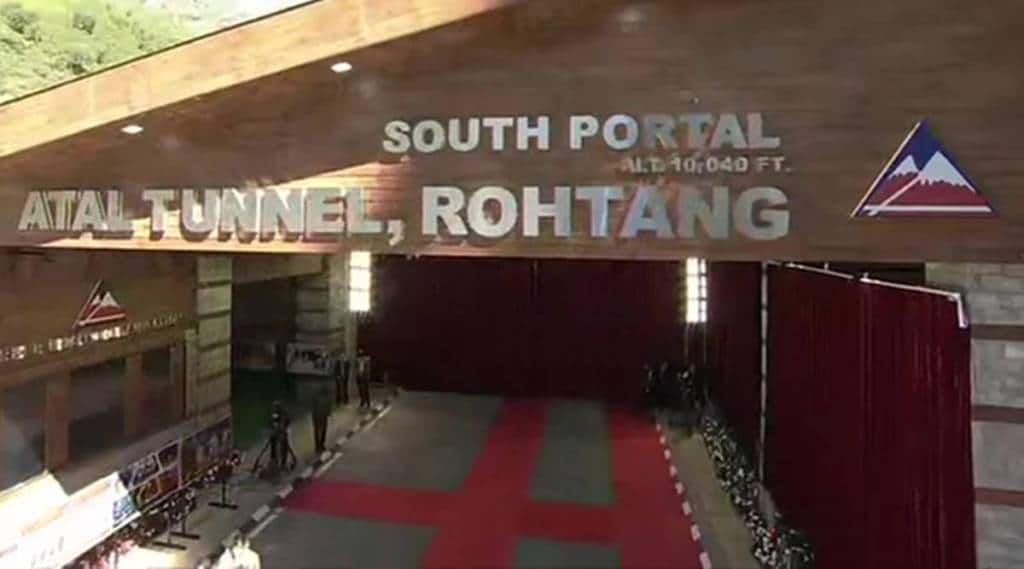 The whole process of automating the Atal Tunnel was completed in a duration of 12 months.

Atal tunnel, also known as the Rohtang tunnel, is all set to become the world’s longest tunnel above 10,000 feet with Prime Minister Narendra Modi slated to inaugurate it on October 3. The Atal tunnel passing via the Pir Panjal range, is expected to reduce the distance between Leh and Manali by 46 km. The journey to Lahaul and Spiti Valley from Manali, which currently takes approximately 5 hours will also be reduced to 10 minutes only, according to an IE report. The tunnel will ensure connectivity and movement of people living in these valleys as they get stranded during winters owing to heavy snowfall. Military troops stationed at Ladakh will also benefit from the construction of this highway tunnel.

According to the IE report, the tunnel will have the facility of telephones, fire hydrants and emergency exits. After every 150 metres, there will be provision of telephones whereas fire hydrants have been placed at every 60 metres. The highway tunnel design also boasts of an emergency exit at every 500 metres and a turning cavern every 2.2 km. In case of an emergency incident, which may make using the main tunnel difficult, travellers can access an emergency escape tunnel beneath the main tunnel. Apart from this, air quality monitoring devices have been placed after every one km and an automatic incident detection system having CCTV cameras will be found at every 250 metres.

The Atal Tunnel, a Border Roads Organisation (BRO) project, has made use of automation and digital technology solutions. Siemens has implemented a fault-tolerant automation system across the 9.02 km long highway tunnel located near ‘Rohtang Pass’ at an elevation of 3,100 meters (10,000 feet). According to the company, the fault-tolerant automation system in Atal Tunnel will bring down the probability of failure in production to almost zero per cent.

Also Read
Nitin Gadkari inaugurates highway projects worth Rs 6,800 crore in Madhya Pradesh
Delhi-Mumbai Expressway: Will it be operational in 2023? Here’s a fresh progress report
Construction of Ahmedabad-Dholera Expressway in full swing, Nitin Gadkari visits site – Details inside
Delhi-Amritsar-Katra expressway: Construction going on for 408 km stretch; Here’s when it will be opened to traffic

The tunnel will have the technology to monitor local and remote connectivity, ventilation, lighting, fire safety systems and power distribution. “The Rohtang Tunnel between Manali and Leh is expected to witness heavy traffic, and the installations in the Atal Tunnel will ensure proper vehicular management. The Atal tunnel will have systems to check pollution and inject fresh air inside. Apart from this, Atal Tunnel will also have Fire Detection and Fire Suppression systems that will keep a check in case of any kind of accidents within the tunnel,” Sunil Mathur, MD and CEO, Siemens Limited told Financial Express Online. “The control rooms in the tunnel will be equipped with electrical and lighting controls and their commands which will protect assets in case of fire detection,” he added.

Further, the Atal tunnel will be equipped with “technologies that will help optimize processes for predictive maintenance, and enable cost savings in terms of energy transparency, and greater switchboard availability,” Sunil Mathur said. The switchboards that will power the ventilation system at such a height have been designed to withstand tough climatic conditions like temperature ranging between -15 degree Celsius and 20 degree Celsius. In cases where there are faults in components, Automatic Synchronization will communicate the default and changes in configuration directly to the company.

The whole process of automating the Atal Tunnel was completed in a duration of 12 months. According to Mathur, the ventilation, electrical, and fire safety systems can be “continuously monitored in a completely reliable and safe manner.”